Sesquicentennial Stories: Not Loafing Around 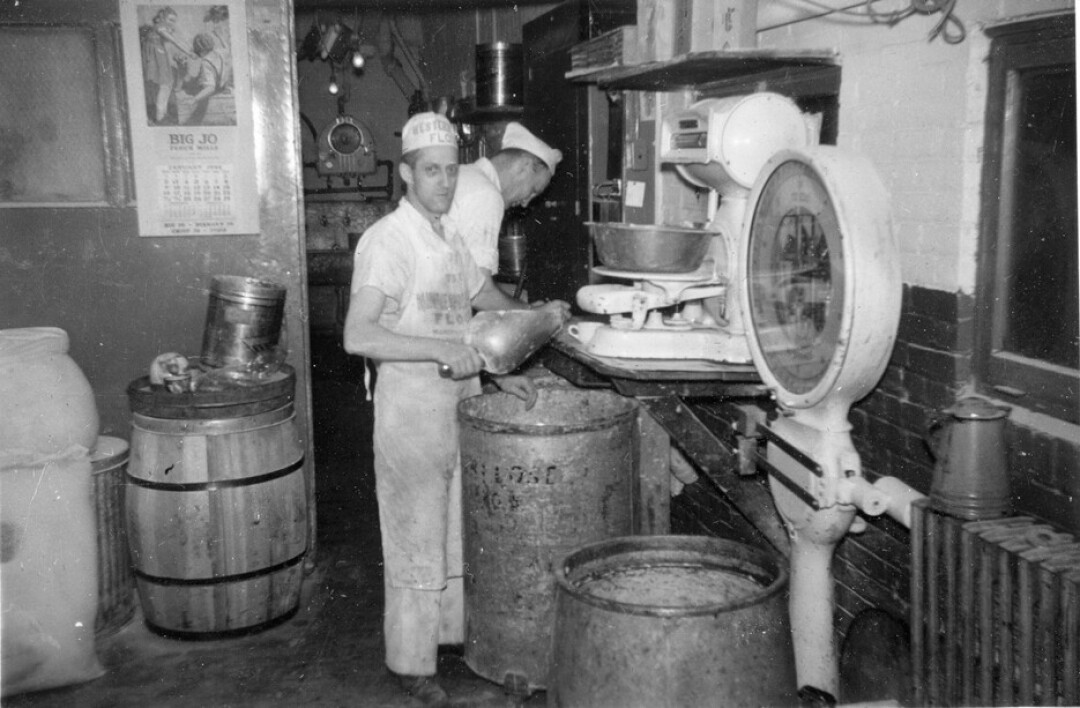 Shopping for bread at the grocery store can present an overwhelming challenge given there are so many choices. That was not always the case.

Ed Buri was born in La Crosse in 1895, graduated from law school, served in World War I, and then became a manager for Pillsbury. He moved to Eau Claire in 1925 and bought into the Eau Claire Baking Co. which was started by Fred Cobb. By 1930 they were ready for a new, bigger plant. A one-story brick building with large windows was constructed at 320 Putnam St. with a garage at one end. (Today, the building is home to The Community Table.) The bakery produced Holsum bread. Eventually Ed Buri bought out Fred Cobb, changed the name to Buri’s Sunlit Bakery, and continued to run it until 1945 when he passed away. His wife would keep the bakery for another decade.

In 1950 new baking equipment was installed and a new fleet of trucks was purchased for sales distribution. The bakery was very profitable and fair to employees, 93% of whom owned their own homes in Eau Claire. To ensure quality control, the bakery retained the services of W.E. Long Co. Laboratories of Chicago to test the ingredients for purity. The flour was purchased from Minneapolis, and the other ingredients came directly from local farms. 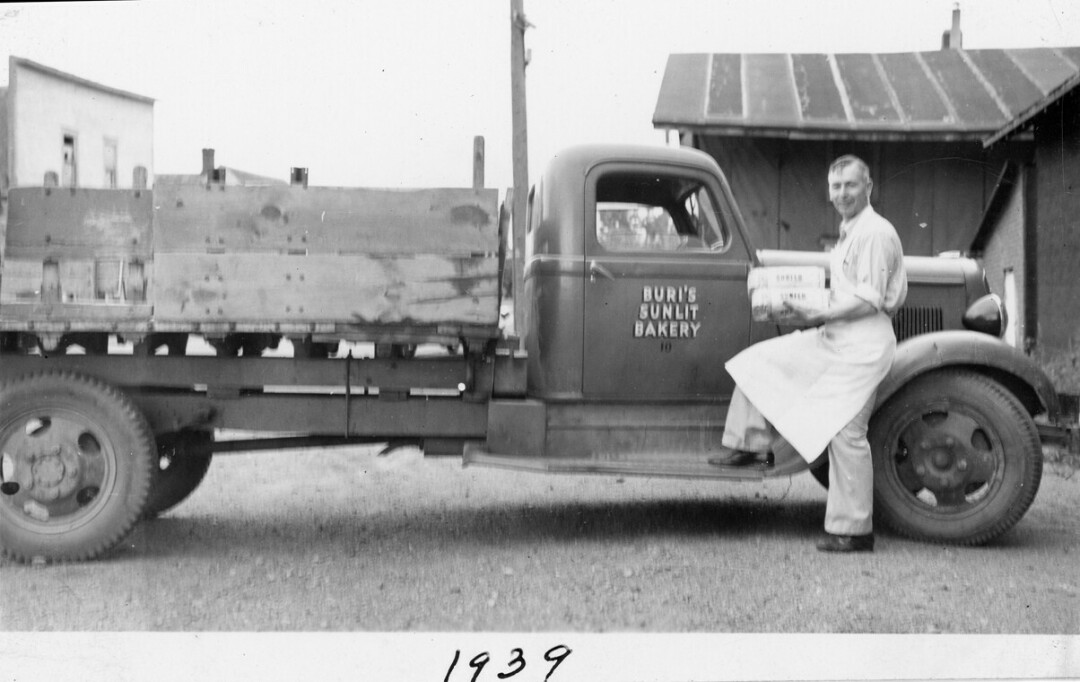 The bread went through an automatic process. The flour was drawn through a double set of silk sifter screens into mixers; after mixing, the dough was sent through a scaling machine and into a kneader. Gobs of dough were then loaded onto a conveyor belt into a series of rollers which flattened them. Dough was then dropped into pans which went into a continuous-feed oven, capable of handling 1,800 loaves of bread every hour. After baking, the loaves were carried to a cooling and wrapping department where they were also sliced. They were then loaded by conveyor into a truck for immediate delivery.

Ed Buri’s wife sold the company to the McGough Brothers in 1956 who operated it till 1970 when it became Holsum Bakery. Like many businesses in Eau Claire, Mr. Buri obtained a patent in 1932; his patent was for Buri’s Wheatie. In addition to Wheatie, the company sold six other types of bread, several types of sweet rolls and buns, and doughnuts. A fun fact is that in 1954 Buri purchased 55 carloads of flour; 329 tons of milk, butter, sugar, and lard; and several other ingredients which resulted in 3.35 million loaves of bread.

When we get up in the morning and throw a piece of bread into the toaster, we take for granted how easy it is without realizing all the work that went into getting that loaf into our kitchen. 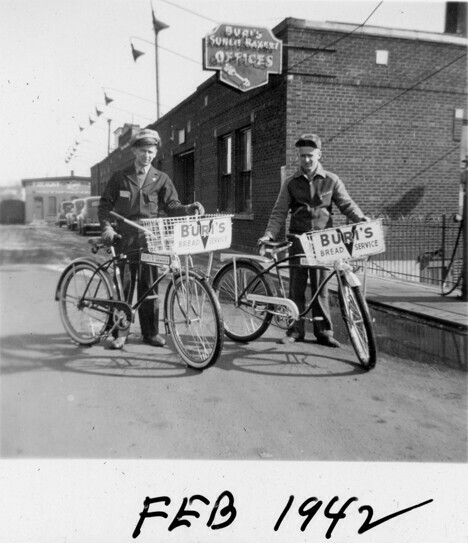