Sesquicentennial Stories: Fire in the Sky 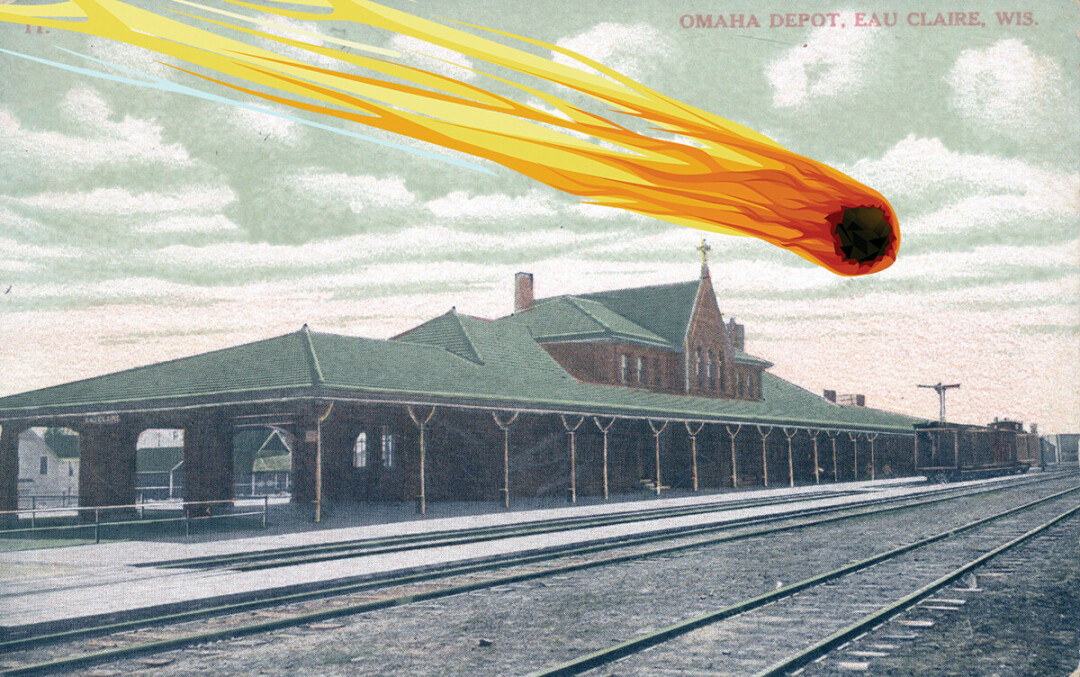 ‘AS BRILLIANT AS AN ARC LAMP.’ What the meteor that fell on Eau Claire in 1908 may have looked like (but probably didn’t).

A brilliant ball of fire fell from the sky and landed in Eau Claire near the Omaha yards – between Madison and Wisconsin streets – on Saturday, April 18, 1908. The dazzling spectacle was witnessed by several people including Dr. Chase about 11 o’clock at night.

“Its flight through space somewhat resembled that of a big ball of fire which was as brilliant as an arc lamp,” the Leader-Telegram reported a few days later.

When it hit the ground, it appeared to spread out in all directions. The spot where the meteor impacted the earth was quite obvious but the meteor was buried so deeply it was not found afterward.

“Though science explains the meteor,” the newspaper opined, “there is something awesome in a visitation by one of these strange bodies, coming from nowhere and carrying — so far as humanity is concerned — no message.”

Both La Crosse and Madison residents reported seeing it travel across the sky. The Leader-Telegram quoted Professor Merrill who said he had received a letter about the meteor from Washington, D.C. Merrill reported that small meteors are not rare, but this one was unusual became most small meteors are not as brilliant as this particular meteor was.

“Anyone finding it in this section of the state will please bring it to the Lost and Found department of the Leader,” the newspaper wrote.