Sesquicentennial Stories: On the Big Screen 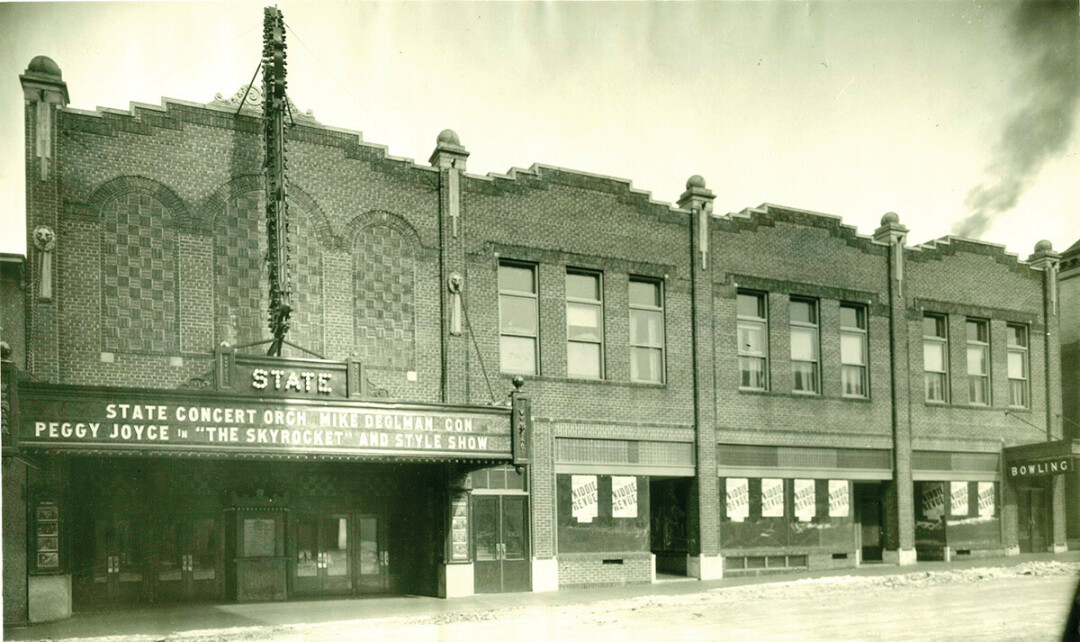 STATE OF THE ARTS. The State Theatre in downtown Eau Claire circa 1926. (Chippewa Valley Museum)

In 1933 Hollywood came to Eau Claire with a world premiere of the feature film Out All Night, starring frequent comedy collaborators Zasu Pitts and Slim Summerville. According to the Eau Claire Leader, the film print was rushed to town for the premiere at the State Theatre at 11:30pm Saturday, April 8. The price was just 25 cents for adults and 10 cents for kids (adjusted for inflation, that’s $5.70 and $2.28 respectively).

Giant searchlights, flares, and streamers announced the film’s arrival. The high school drama class interacted with patrons, impersonating famous stars. Dick Bradley of the State Theatre (316 Eau Claire St.), which screened the film, said that it was the first time Eau Claire had the honor of hosting a world premiere movie. 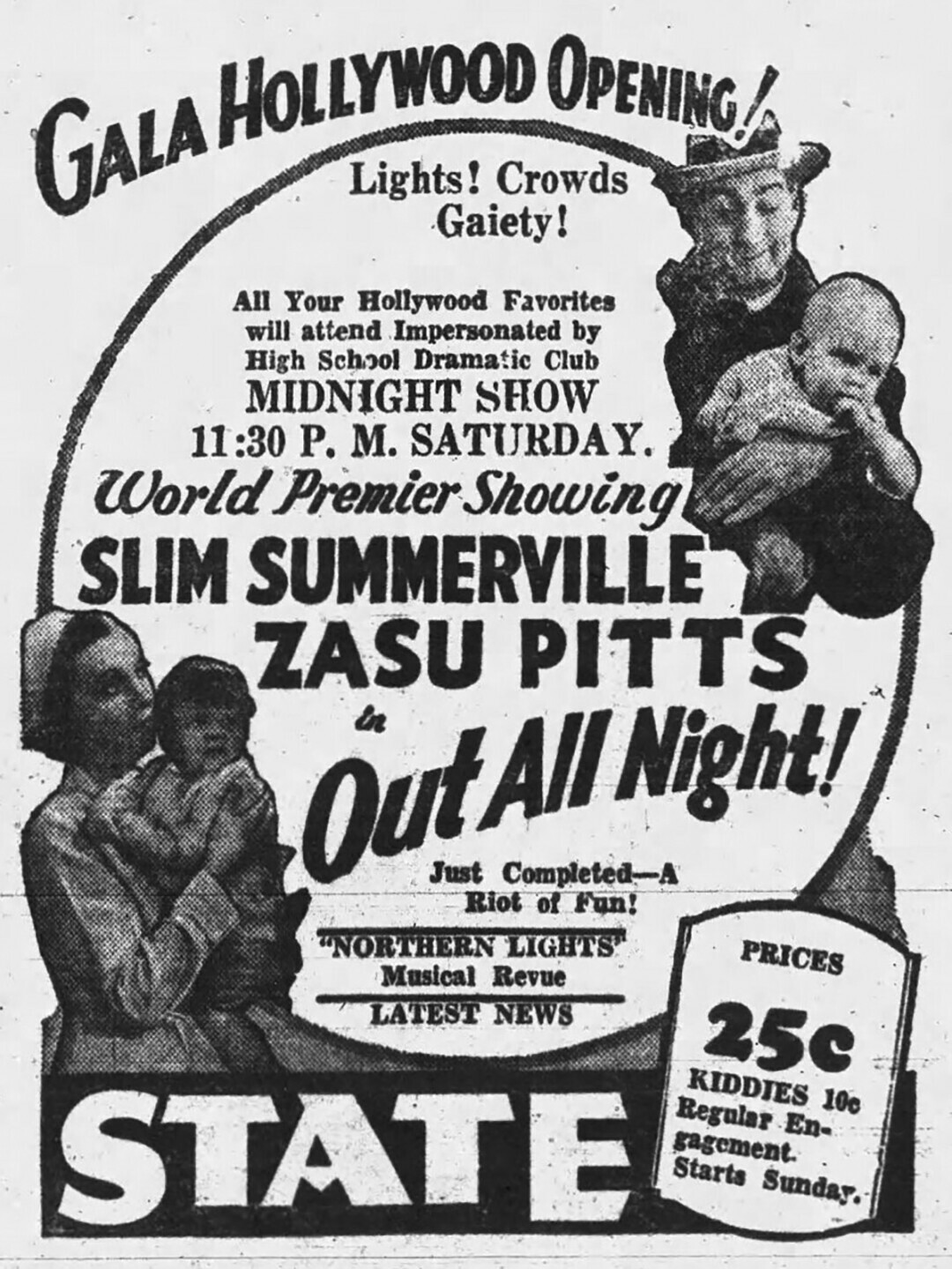 A contemporary newspaper ad for the film premiere.

The plot of the movie is pretty typical for the 1930s: Ronald Colgate (Summerville), a shy guy who lives with his mother (played by Laura Hope Crews), meets Bonny (Pitts) and falls in love. She is a nurse taking care of kids at a department store. His mother tries to keep them apart. Billy Barty and Shirley Temple – just 5 years old at the time and a few years from mega-stardom – are also in the movie.

Originally built as a Vaudeville theater featuring a $20,000 Wurlitzer organ, the State soon became a downtown movie destination, a role it served for generations until screening its last film in 1982. A few years later, it was reborn as home of the Eau Claire Regional Arts Center, and until the Pablo Center at the Confluence opened in 2018, the State served as downtown Eau Claire’s most prominent performing arts venue.