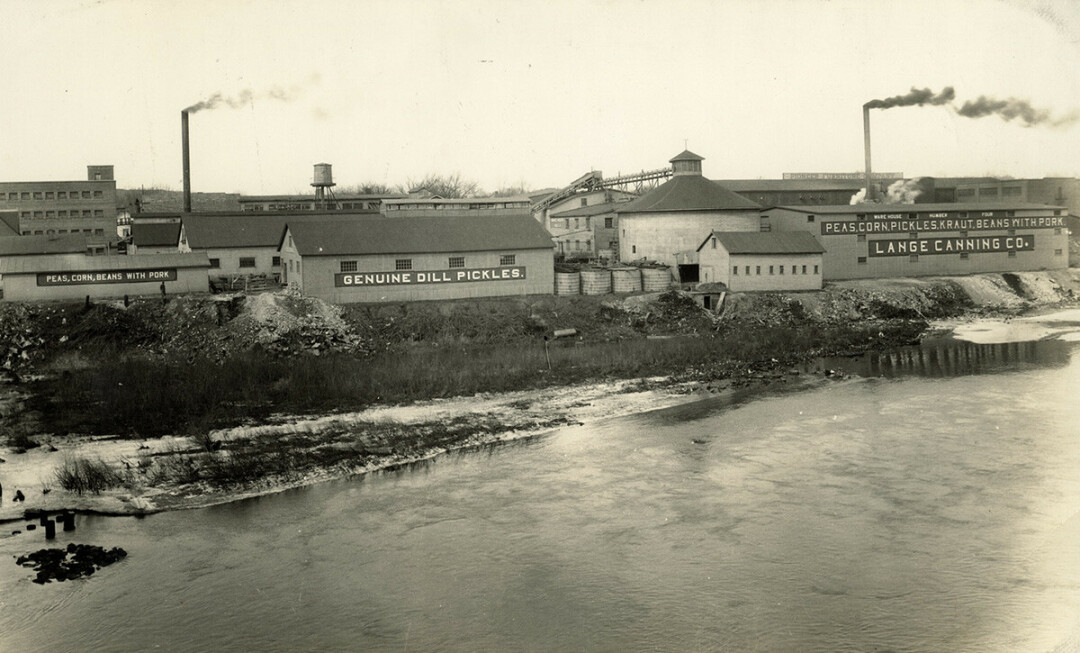 SO THAT'S WHY THEY CALL IT THE CANNERY DISTRICT. The Lange Canning Co. on the west bank of the Chippewa River is shown in this early 20th century photo. (Courtesy Chippewa Valley Museum)

In 1942 during World War II, the British requested that their American allies take Axis prisoners to avoid Nazis airdropping weapons into England’s prison of war camps. From 1942-45, more than 400,000 POWs were brought to our country. Wisconsin had 20,000 captured enemy soldiers in 38 different camps, the largest being Fort McCoy.

About 175 of these prisoners were brought to Eau Claire in the summer of 1945 to help with the labor shortage at the Lange Canning Plant, which was located along the west bank of the Chippewa River north of Madison Street, an area now dubbed the Cannery District. It was reported at that time without these prisoners of war, many of the fruit and vegetable crops in Wisconsin would have been lost from 1942-45.

Eau Claire found the perfect location to house the POWs at the 4H fairgrounds. There were two dormitories furnished with bunk beds and a kitchen.

Eau Claire found the perfect location to house the POWs at the 4H fairgrounds. There were two dormitories furnished with bunk beds and a kitchen. An area plumbed for water where livestock were washed before shows easily became a shower once tents were put up around it. With the addition of a wire fence and two guard towers, it became a POW camp.

Many prisoners formed close relationships with Eau Claire residents and continued to write to them after the war ended. Several prior prisoners returned to the United States after living here. Residents treated them with the same kindness they hoped German mothers might show to their sons.

A label from corn canned by the Lange Canning Co., which was headquartered in Eau Claire. (Courtesy Chippewa Valley Museum)
share
comments 0