This Just In: A Brief History of Broadcasting in the Chippewa Valley

tuning in to the nearly century-long history and radio and TV in E.C. 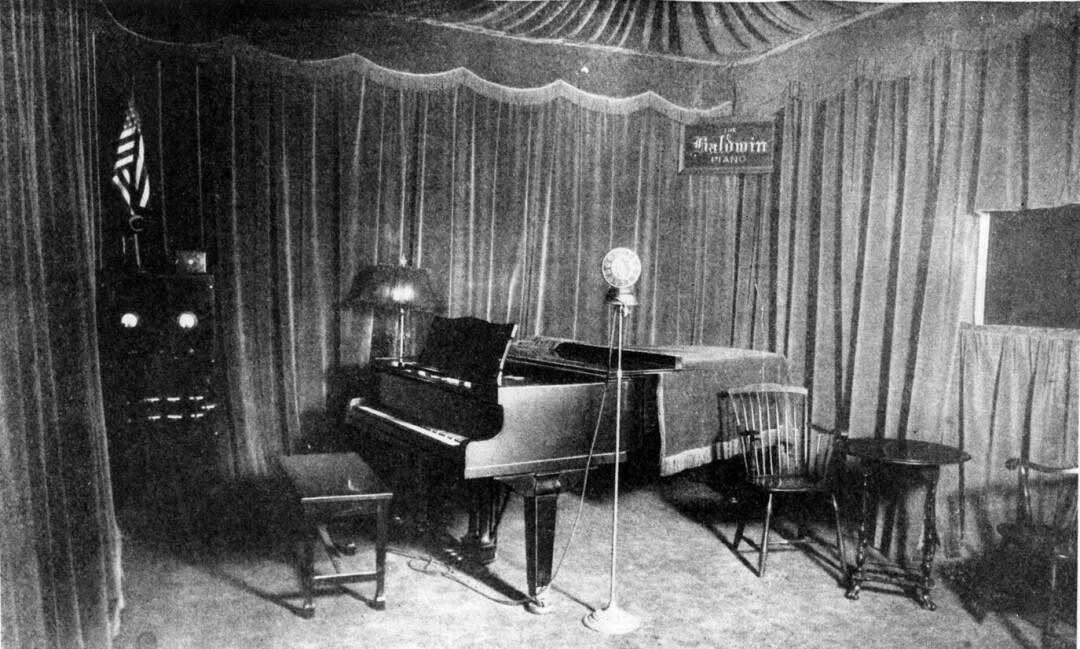 Eau Claire was 48 years old when the first commercial radio station in the United States signed on in Pittsburgh. Three years later, WTAQ brought commercial AM radio to the area, initially broadcasting from Osseo until being moved to what was then the Gillette Rubber Company – now Banbury Place – in 1926, thus becoming the first radio station based in Eau Claire. The call letters reflected the location: WTAQ stood for “Where Tires Are Quality.” Being a format in its infancy, it remained the sole signal in town – and, in fact, was moved to Green Bay in 1936, where it resides today.

To fill the void on the airwaves, WEAU radio started in 1937, and is the oldest radio station in Eau Claire. Having changed call letters, frequencies, formats, and ownership groups over the decades, it is currently WEAQ, simulcast with an FM signal as “95.9 jamz.” Meanwhile, other AM radio stations began to pop up in the ensuing years: WBIZ in 1947, and WRFW in 1948. 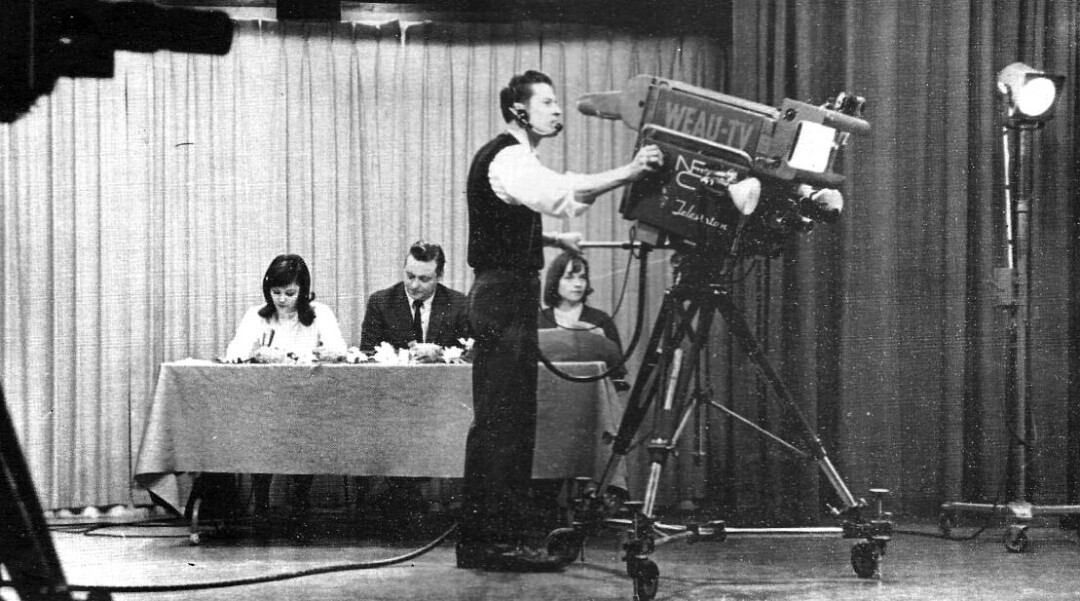 TUNE IN. An undated photo inside the WEAU-TV studio. (Photo courtesy Luc Anthony)

FM had been considered the less-desirable of the two main radio bands in its early decades, though such stations began appearing in Eau Claire in the middle of the 20th century. An FM incarnation of WEAU began transmitting at 94.1 in 1948, switching call letters to WIAL in 1959. A new WEAU signed on at 100.7 in 1965, switching to 104.5 two years later (with the new WBIZ-FM soon acquiring the former frequency). As the FM sister station of WAXX-AM radio, WEAU-FM would simulcast WAXX’s country format, eventually adopting WAXX as its callsign in 1977 (with WAXX-AM changing to WAYY and dropping country a year later).

WEAU was also the set of call letters used for the first television station in Eau Claire, signing on in December 1953 in the same building where it currently resides on Hastings Way. At the time, local television stations could serve as affiliates of multiple broadcast networks. WEAU included NBC, ABC, and CBS programming in its initial years, continuing to air ABC programming until La Crosse-based ABC affiliate WXOW was launched in 1970. Eau Claire’s second TV station – WQOW – began primarily as a WXOW relay station in 1980, before local newscasts began in 1982 (ceasing in 1990, and resuming in 1996).