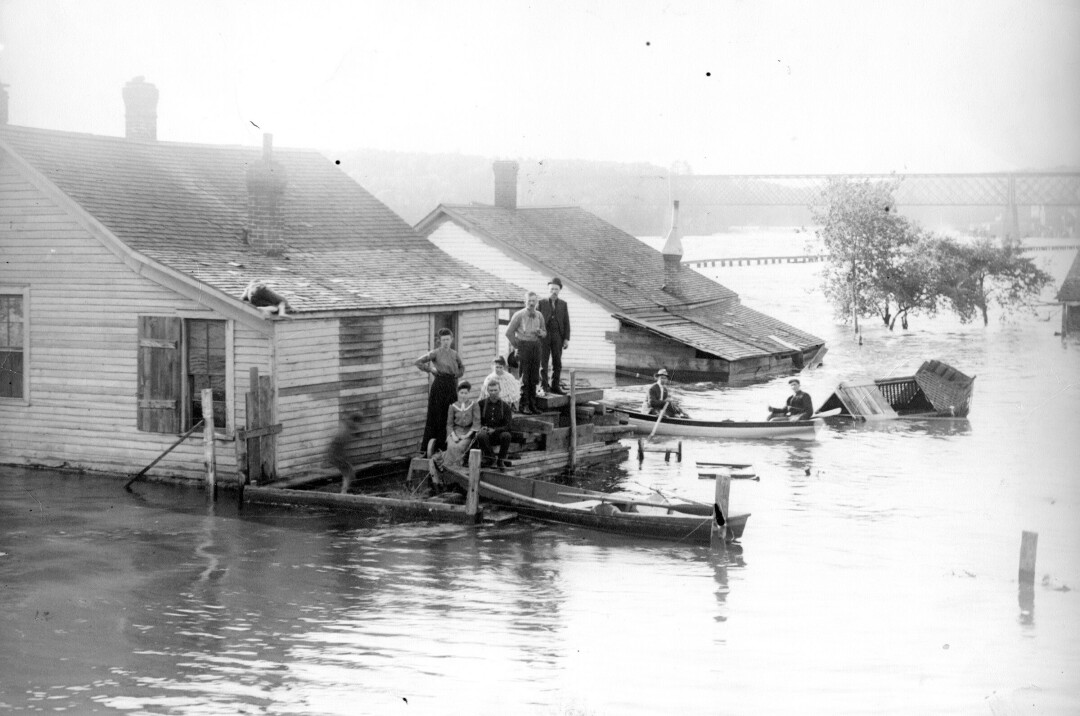 RIVER CITY. Flooding on East Madison and Forest streets in 1884. The High Bridge over the Chippewa River can be seen in the background.

When one thinks of the history of Eau Claire weather, one event comes to mind: the windstorm of 1980. In the city’s century-and-a-half history, it stands as the most-impactful meteorological event, but its far from the only one with significance.

A story written about the city’s 50th anniversary would have cited the flood of 1884 as the signature natural catastrophe to befall Eau Claire.  Over 24 hours from Sept. 1o to 11 that year, 14 inches of rain fell on the Chippewa Valley. The Chippewa River swelled to a depth of 27 feet, resulting in 8 feet of water in downtown streets; the location was spared a greater inundation by a logjam upstream. Six downtown bridges were washed out, and city damage estimates exceeded what in 2022 would be $100 million. 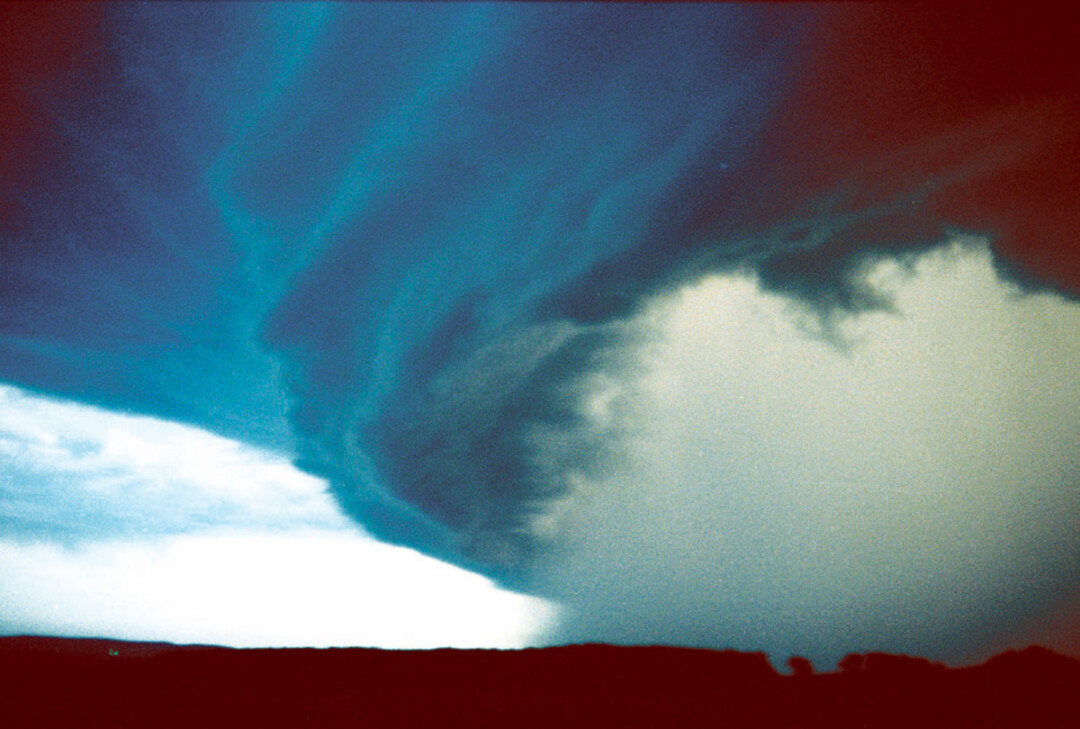 SCARY SKIES. Wayne Thibado captured this photo of the windstorm as it approached Downsville on July 15, 1980.

The aforementioned windstorm that hit on July 15, 1980, was the costliest natural calamity to affect Eau Claire; in 2022 dollars, about $542 million in damages occurred across western Wisconsin, including $208 million in Eau Claire County. That summer evening, the storm whipped eastbound from the southern Twin Cities towards Eau Claire, with a peak wind speed recorded at Eau Claire’s airport of 112 mph before the anemometer broke.

Numerous trees across the city were felled, leading to downed transmission lines; power outages lasted around a week for some, especially on the north side. The most significant damage to homes was concentrated in the Mill Run subdivision in the far northwestern part of Eau Claire, though hundreds of city homes suffered damage to some degree. Remarkably, only one fatality in Wisconsin was directly attributed to the storm’s passing, though two others died during cleanup activities in the following days.

Eau Claire is situated just north of “tornado alley,” the multi-state region with the greatest tornado activity. However, the city did experience two F-2 tornados in one day: Sept. 12, 1982. One passed along the southeast edge of the city, severely damaging some residences; a second obliterated the Carson Park football stadium press box.

Learn more about the 1980 windstorm in Luc Anthony’s 2015 Volume One feature article, “Struck by the Spear.”