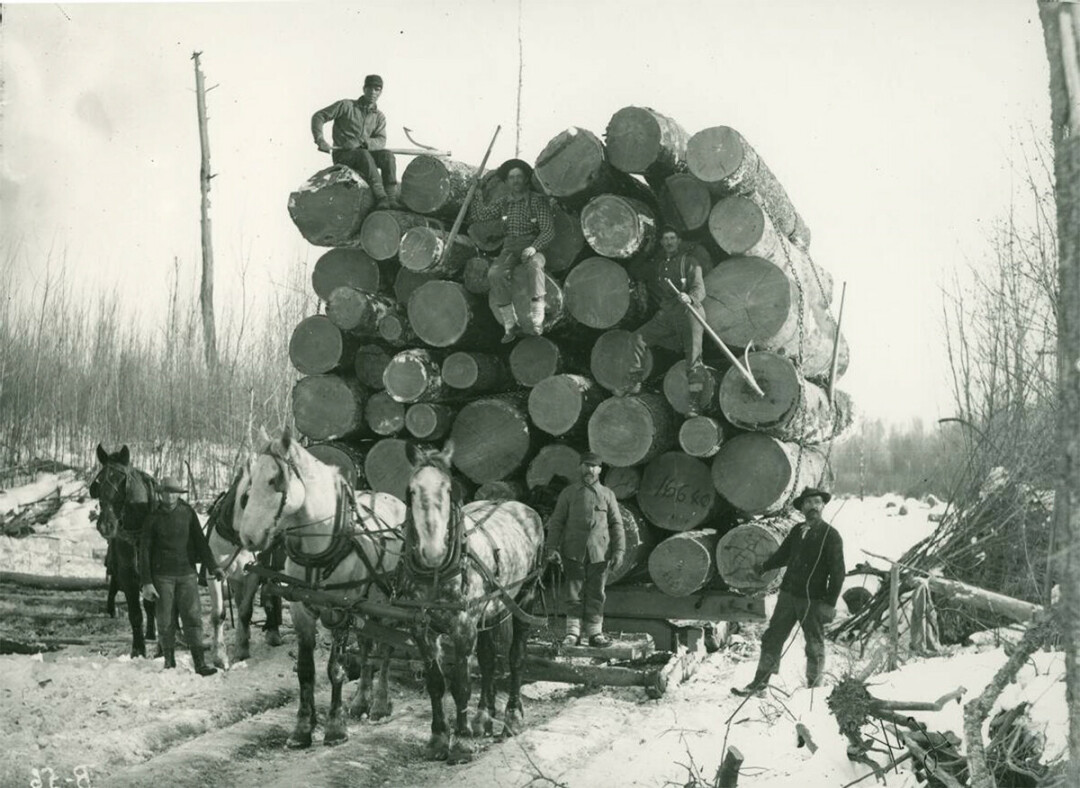 TIME TO LOG ON. Harvesting timber required the strength of both humans and animals. Here a crew poses with a horse-drawn sled of logs circa 1905.

When you look at the trees in your yard you probably don’t think about their significance to Eau Claire’s history. But they were the backbone of Eau Claire’s transformation from a backwoods burg to source of the materials that literally built America’s metropolises.

At the peak of Wisconsin logging in the 1880s, the Chippewa Valley led the nation in lumber production, and Eau Claire, nicknamed “Sawdust City” had more sawmills than any other town in the world, with nine on Half Moon Lake alone. The rivers made the town a center of logging, allowing easy transportation of the millions of logs felled by lumberjacks and sent downstream to mills and cities beyond.

The Daniel Shaw lumber mill in Eau Claire, circa 1900.

Rachel Lange, executive director of the Wisconsin Logging Museum in Eau Claire, said logging changed the region dramatically. “Before logging came to this area, there weren’t a ton of European Americans here,” Lange said. “So they really came in and sort of changed the landscape and made some pretty significant cultural changes by removing the people that lived here already.”

While the first sawmill was built in Eau Claire in 1846, increased demand for natural resources after the Civil War allowed Wisconsin logging to grow. The lumber barons, owners of logging companies, aided the city’s growth during and after its logging era. Orrin Henry Ingram, the Empire Lumber Company president, started a paper mill, and helped build the Dells Dam, which created Dells Pond, a vast log holding area. The Daniel Shaw Lumber Company also dammed Wisconsin rivers to facilitate logging drives. Logging was so successful in Eau Claire that at its height, eight of Wisconsin’s 64 millionaires lived here.