Lumbering’s Legacy: Sawmills May Be Long Gone, But Impact Remains 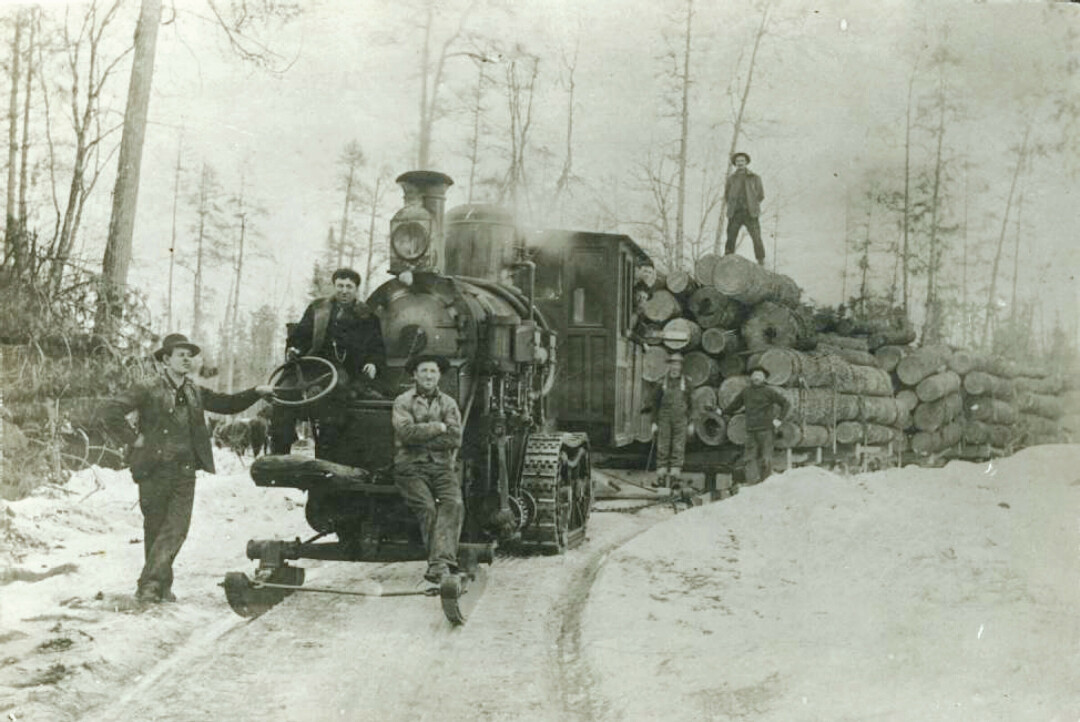 OFF THE TRACKS. A steam-powered (and Eau Claire-made) Phoenix Log Hauler, sometime between 1903 and 1920.

Once the source of vast wealth, growth, the employment, the lumber industry was in decline by the 1890s and in 1924 Eau Claire’s last sawmill closed. Logging had faded along with the region’s forests, and Eau Claire naturally transitioned to industrialization by building factories, other businesses, civic organizations, and transportation infrastructure, said Rachel Lange of the Wisconsin Logging Museum.

And while there are few physical remains of lumber businesses themselves, they left their mark in other ways. The lumber barons contributed to the economy and architecture of Eau Claire. They developed banks, including the Eau Claire National Bank and the Union National Bank. The Shaw family expanded the railroad system throughout the Chippewa Valley. Carson Park, named after William Carson, president of Valley Lumber Company, was created when Carson’s descendants donating the former logging island to the city. Putnam and Owen parks are named for lumber magnates as well.

The physical geography of Eau Claire reflects the lumber era, too. Most notably, perhaps, is Dells Pond, created when the river was dammed in 1878. The current dam at the site, a bit downstream from the original, was built in 1924. Now owned by Xcel Energy, the dam still generates electricity. Next to it is the Cascade Tissue paper plant, which dates to the 1880s.

Gone, however, is the log flume, a watery chute which traveled more than a mile – sometimes above ground, sometimes below – to carry logs from Dells Pond to Half Moon Lake. Gone too is the manmade channel that linked Half Moon to the river itself, providing another passageway for lumber. It reached the river near the site of Hobbs Ice Arena.