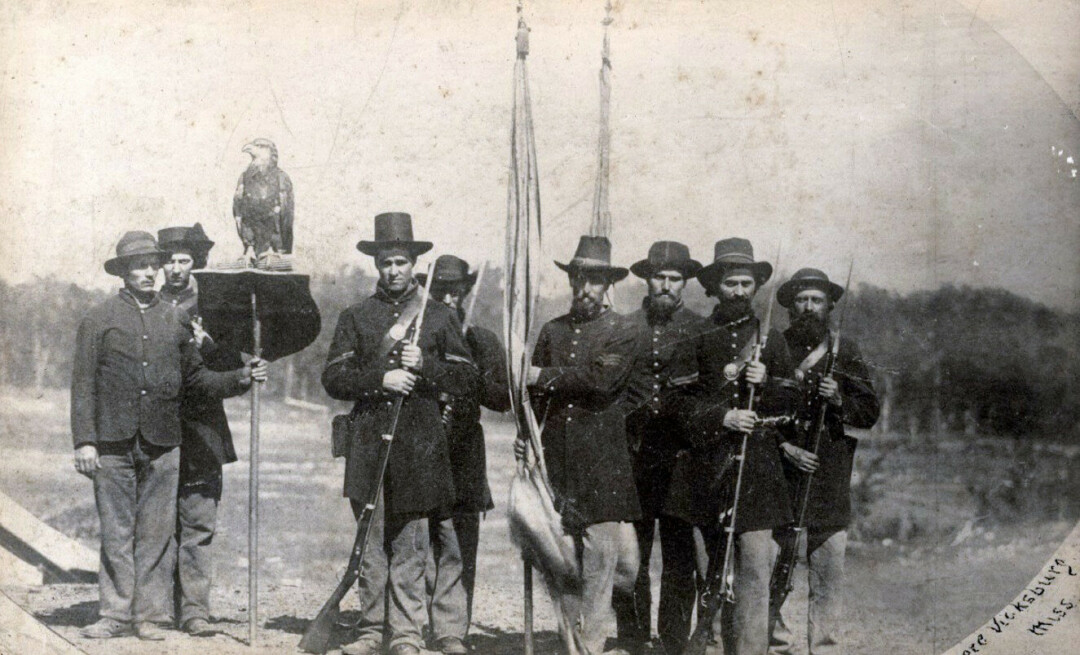 Even though the U.S. Civil War began more than a decade before Eau Claire official became a city, the war was a formative event for the community. The Wisconsin Veterans Museum lists 386 Civil War veterans from Eau Claire. With a population of 3,164 in 1861, that is more than 10% of the community’s residents, a sizable portion.

One unit – Company C of the 8th Wisconsin Volunteer Infantry – carried an avian mascot from the Eau Claire area. At the end of Gray Street, just behind a parking ramp and on the banks of the Chippewa River, is a plaque noting the location of the steamboat landing where on Friday, Sept. 6, 1861, Capt. John E. Perkins commanded this unit as it embarked to join the Union Army. With them went the famed bald eagle, Old Abe, so named by Perkins for President Abraham Lincoln. 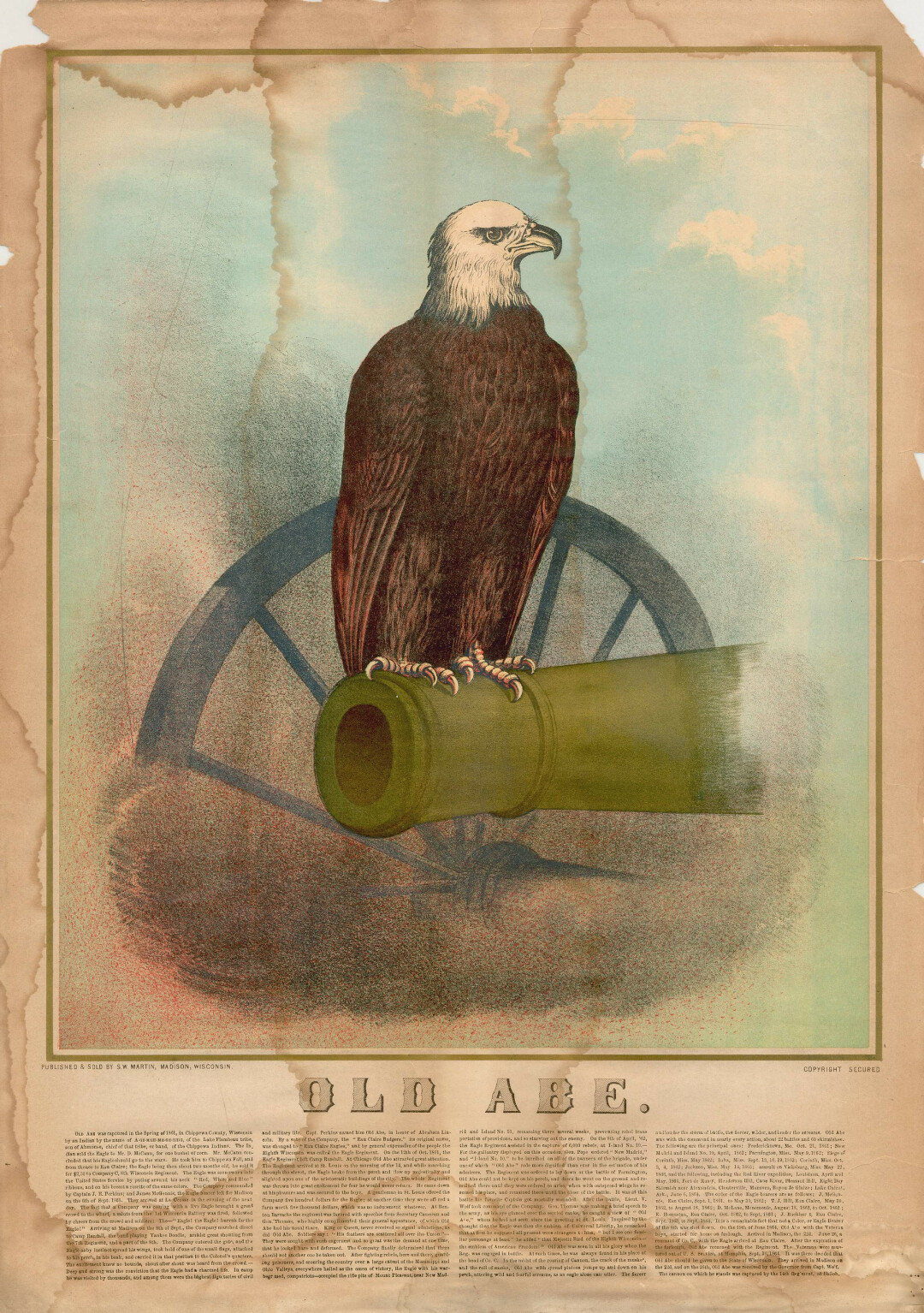 The story goes that in spring or summer 1861, Dan and Margaret McCann of Jim Falls, just outside of Chippewa Falls, bought the eaglet as a pet for their children for a bushel of corn from Chief Sky, a member of the Flambeau band of the Ojibwe tribe, who had captured it as a fledgling. Later that year, McCann, who was unable to serve, sold the bird for $2.50 to the Eau Claire Badgers or Company C, who then became known as the Eagle Company. Old Abe was tethered to a specially made perch, and periodically was released or escaped and flying high, screeched over the battle fields. Old Abe was present at 37 battles and skirmishes between 1861 and 1864. Old Abe became so famous that Confederate troops put a bounty on the eagle’s head.

As a result, for his own safety, Old Abe was removed from combat service in 1864. He then was presented to the state as a war relic and was used for all kinds of fundraising causes, including an appearance at the Centennial Exhibition in Philadelphia in 1876, where pictures of the eagle were sold for $1. (Old Abe would peck with his beak as an autograph.) Old Abe lived in the “Eagle Department” in the basement of the state Capitol in Madison. In 1881, he died of smoke inhalation from a fire. He was stuffed and continued to attract visitors there until 1904, when the entire Capitol burned down.

Old Abe became a national symbol. He is considered the most famous animal mascot to ever serve in the U.S. Army. During World War II, his likeness was imprinted on the Screaming Eagle insignia patch of the 101th Airborne Division which parachuted into Normandy on D-Day – June 6, 1944.

Old Abe lives on today as the mascot of Memorial High School in Eau Claire, where a statue of the fearless eagle stands on the roof. A smaller sculpture of Old Abe is on a pedestal next to an historic marker in downtown’s Wilson Park. Replicas of Old Abe also can be seen in Madison in the state Capitol and the Wisconsin Veterans Museum. Another statue of Old Abe stands in Jim Falls near where his life’s adventure began.