It Never Tired: E.C. Plant Was Where Rubber Met the Road

whether they called it Gillette, U.S. Rubber, or Uniroyal, massive factory was crucial for the city 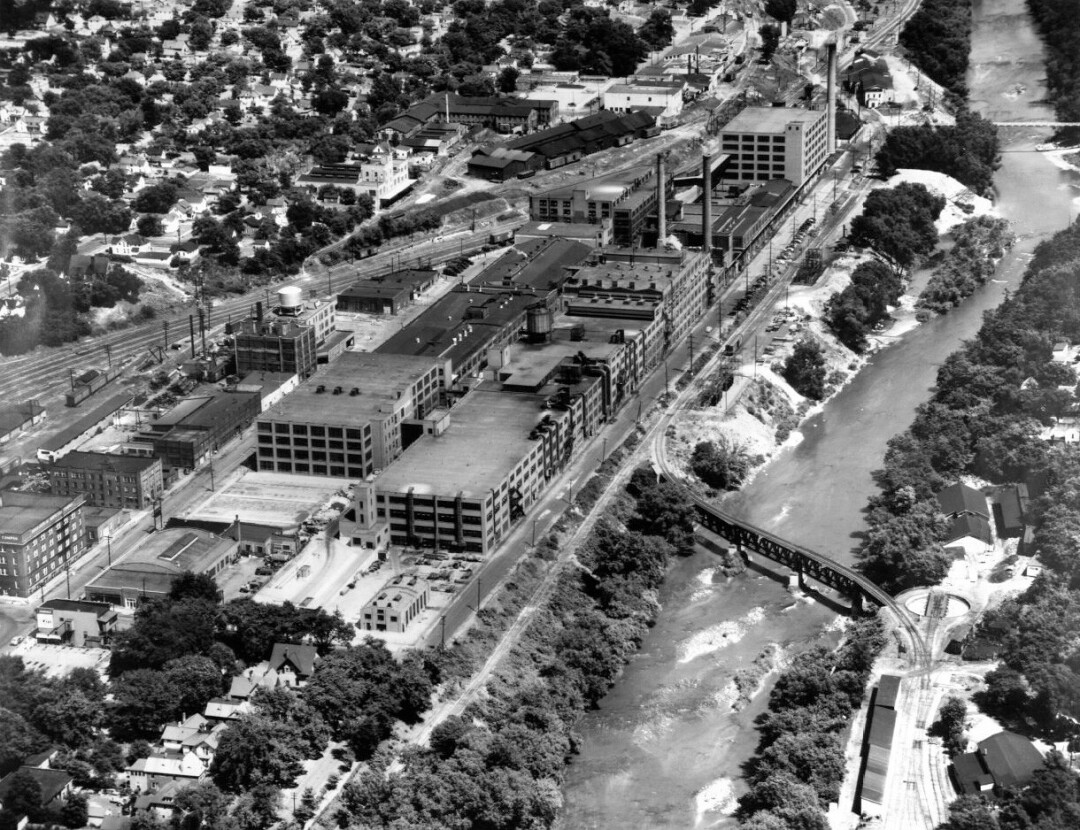 Since its genesis in 1917, the vast plant along the bank of the Eau Claire River that is now called Banbury Place has employed thousands of workers and churned out as many as 30,000 tires a day. Over its 75 years of operation, the factory had a substantial impact on the economic, social, and cultural fabric of the Chippewa Valley.

Originally opening on May 23, 1917, what was then called the Gillette Safety Tire Company produced its first experimental tire. At the time of opening approximately 250 people were employed at the plant which produced 200 rubber tires and 200 inner tubes per day. After one year of production the plant expanded its capacity to 500 tires and 500 tubes per day. Along with the change in capacity came a change in name to the Gillette Tire Company. 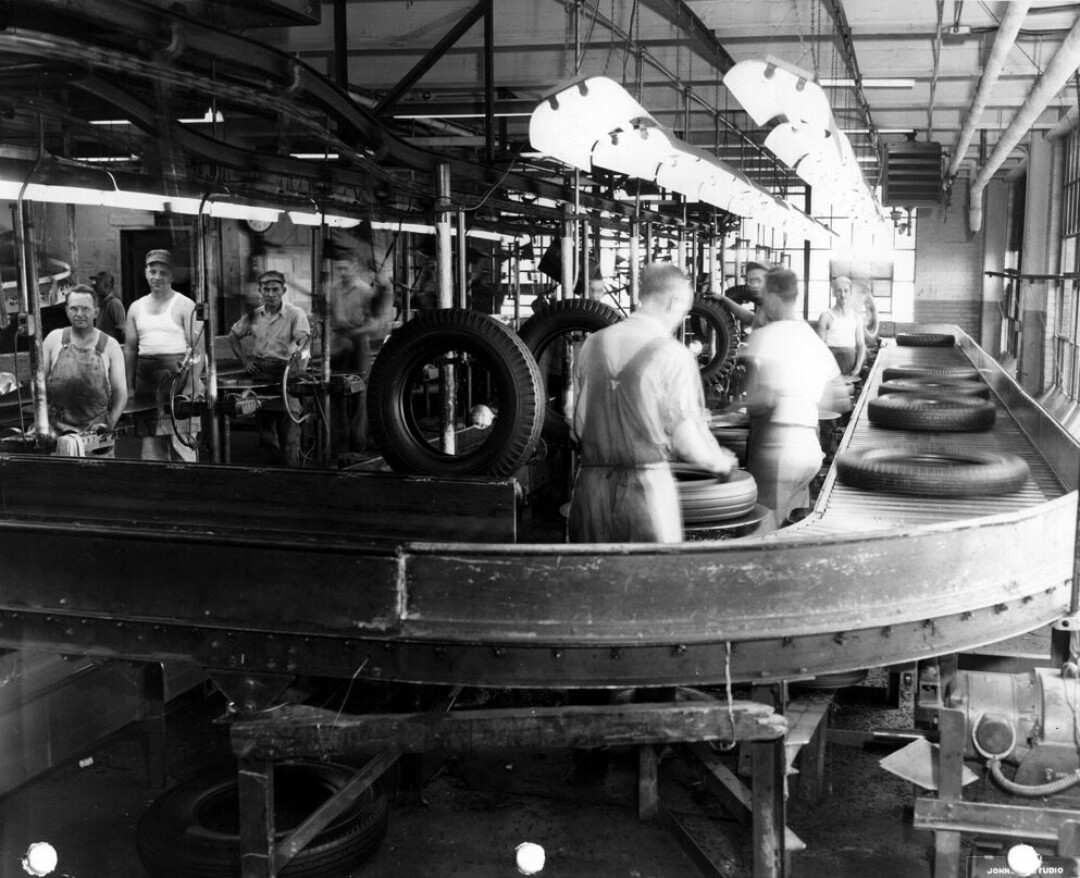 ON THE LINE. Workers on the inspection line at what was then called the U.S. Rubber Co. plant in Eau Claire in August 1947.

Throughout the 1920s, Gillette continued to increase its output, topping out at 19,000 tires and 14,000 inner tubes daily with the labor of 1,600 workers. In 1931, the U.S. Rubber Company purchased a substantial interest in Gillette, but did not acquire a controlling interest until 1940.

When World War II began, the U.S. government bought the plant and converted it into the Eau Claire Ordnance Plant. At its peak, it employed 6,200 workers, 61% of whom were women. As the war drew to a close, U.S. Rubber repurchased the plant. By 1951, a new 77,000-square-foot facility was built across the street to meet increased production demand.

In 1967, U.S. Rubber unified all its trademarks and subsidiaries under the name Uniroyal, ushering in a new era for the factory. In 1986, Uniroyal and the B.F. Goodrich Company merged in a joint venture to become the Uniroyal Goodrich Tire Company, at which time the plant employed 1,500 employees who were turning out 29,000 tires per day in a wide assortment of styles and sizes.

Following the merger, the Michelin Group bought Uniroyal Goodrich in 1990, and eventually folded the plant in June 1992. The end of the era displaced 1,358 workers. While the closing of the factory was a huge blow to the local economy, Eau Claire developers Bill Cigan and Jack Kaiser bought the property in August 1992, renaming it Banbury Place.

The Uniroyal Tire Factory Gallery is a free exhibit about the tire plant’s history, located inside Building 13 of Banbury Place. You can learn more about it at VisitEauClaire.com.