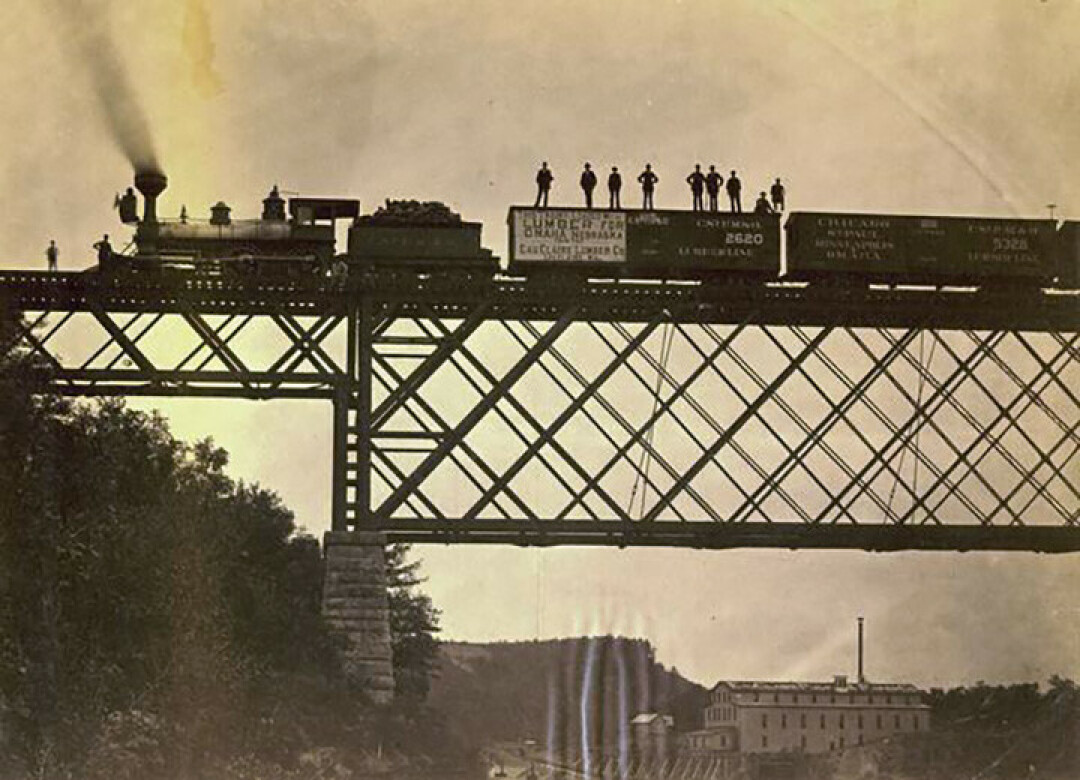 All aboard! The first train arrived in Eau Claire on Aug. 11, 1870, a pivotal moment for the development of the city’s infrastructure. To celebrate the arrival of the West Wisconsin Railroad, nearly 10,000 people gathered to see the train arrive, including Gov. Lucius Fairchild.

When the first train came in 1870, Eau Claire was the westernmost terminal. That October, a wooden truss bridge over the Chippewa River opened, allowing trains to travel further westward. (That bridge was replaced by the current iron truss High Bridge in 1880.) By 1871 the road had four elegant passenger coaches and was made up of two trains which ran alternately from Tomah to Menomonie, then the terminus. 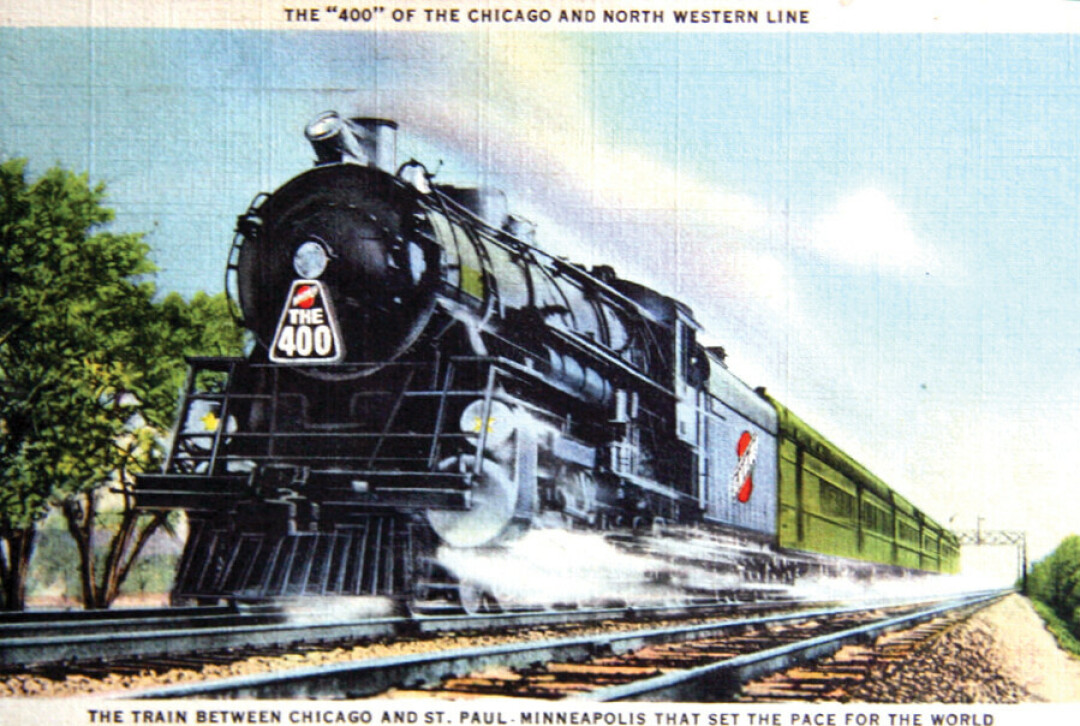 A vintage postcard of the Twin Cities 400.

Also in 1870, the Chippewa Valley Railroad Company was organized to connect Eau Claire with Chippewa Falls. The first train departed for Chippewa Falls the day after the last rail was laid, Dec. 16, 1874.

In 1883 the new roundhouse and repair facilities were built in Altoona and the Eau Claire buildings were abandoned and never reopened. The West Wisconsin ran into financial difficulties in 1878, and was sold in Madison by order of the court. A new company was formed: the Chicago, St. Paul, and Milwaukee.

The last passenger train came through Eau Claire in July 1963. It was the famed Twin Cities 400 – which traveled 400 miles in 400 minutes. Only four years earlier, Interstate 94 had reached Eau Claire from the west, a clear symbol of how automobile travel had eclipsed the age of rail.