School Days: A Primer on Education in Eau Claire

from the first school to today, enrollment has grown from 15 to 11,000 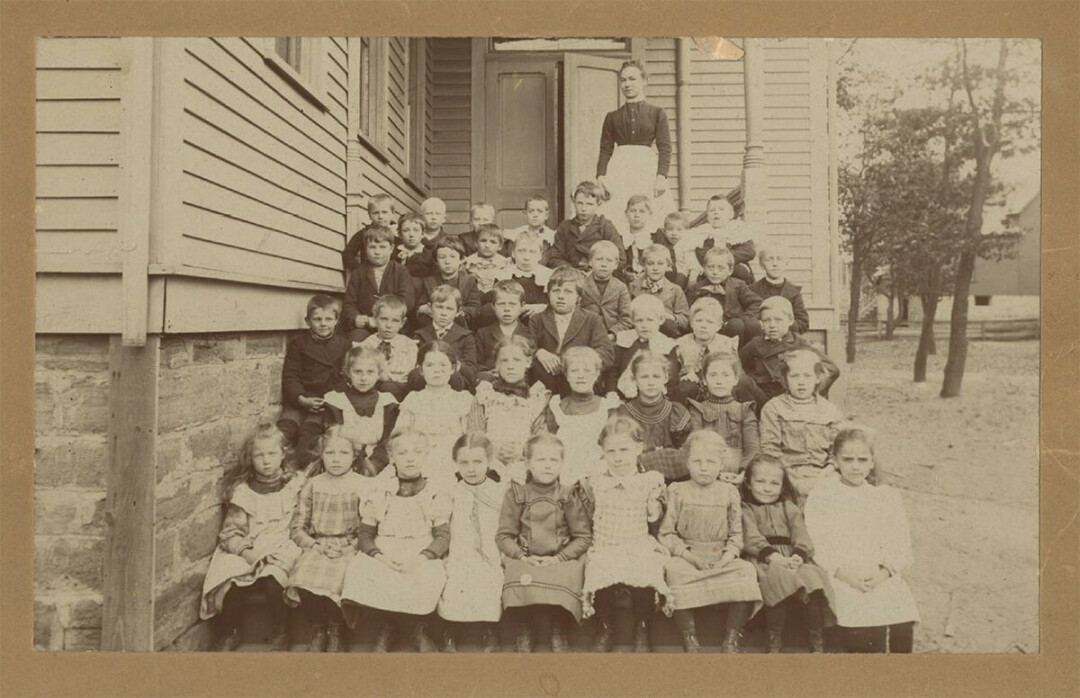 GOOD OLD GOLDEN RULE DAYS. The class at Thorp School in Eau Claire’s Second Ward, circa 1899. At the time, city schools were organized by voting ward.

Education has been a big part of Eau Claire’s 150-year history, and its size and scope has grown exponentially over the years.

Eau Claire’s first school was built downtown in the winter of 1856-57, and served just 15 students. In 1872 came the first high school graduation, with a class of only two. By the turn of the century, the city had 10 public schools and a high school.

One time capsule of early education is Sunnyview Elementary School, a one-room school that taught grades one to eight between 1882 and 1961 in the Town of Washington. When all elementary school districts merged with high school districts in 1962, 24 districts were consolidated into the Eau Claire School System. Sunnyview was moved to Carson Park the following year, where it can still be visited.

Today, students of all ages in the Eau Claire Area School District have education options from preschool through college. The district is the eighth-largest in the state and covers approximately 200 square miles with enrollment at just over 11,000. The district consists of 13 elementary schools, one early learning center, 21 early learning community partner sites, three middle schools, two high schools, and three charter schools.

Private and religious schools include Regis Catholic Schools, which serves children from pre-K through high school. St. Patrick’s High School graduated its first class in 1932. The school moved into a new building in the 1950s and was rechristened Regis. 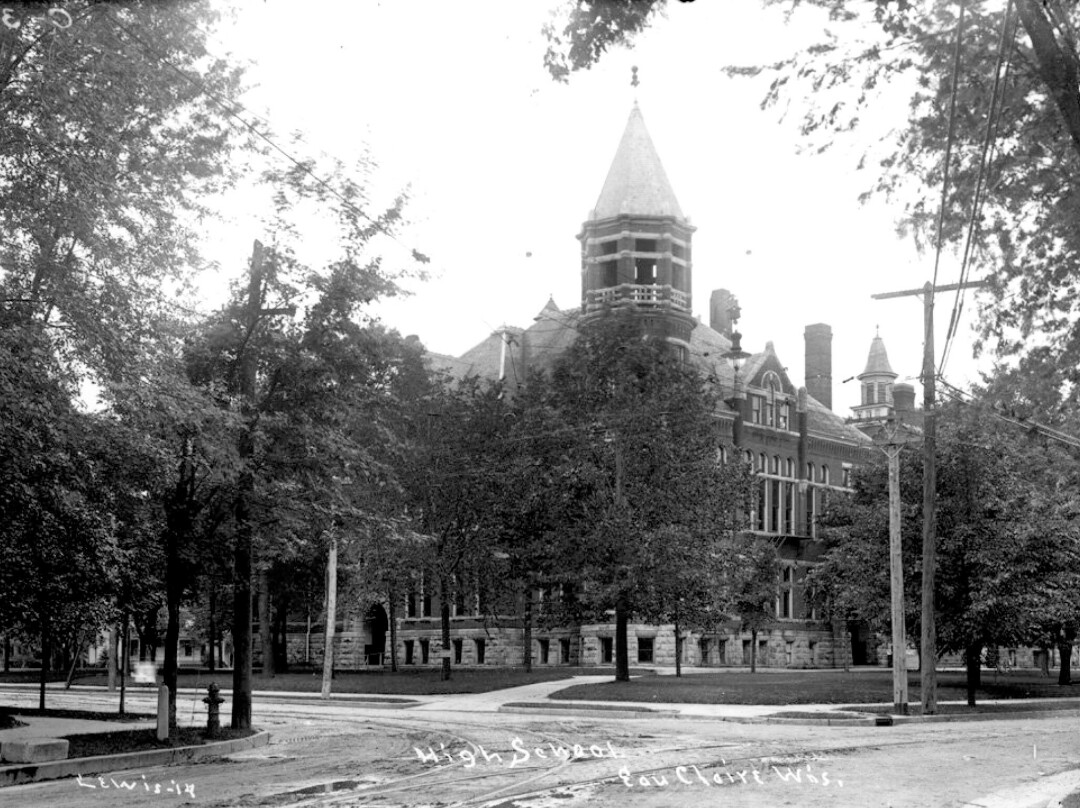 Eau Claire’s first consolidated high school was built in 1893 between Grand and Lake streets. The Romanesque-style building was made of brick and Dunnville sandstone (also used to build the Mabel Tainter in Menomonie). It was replaced in 1926 by the building at 500 Main St. that now houses the school district’s administrative offices.