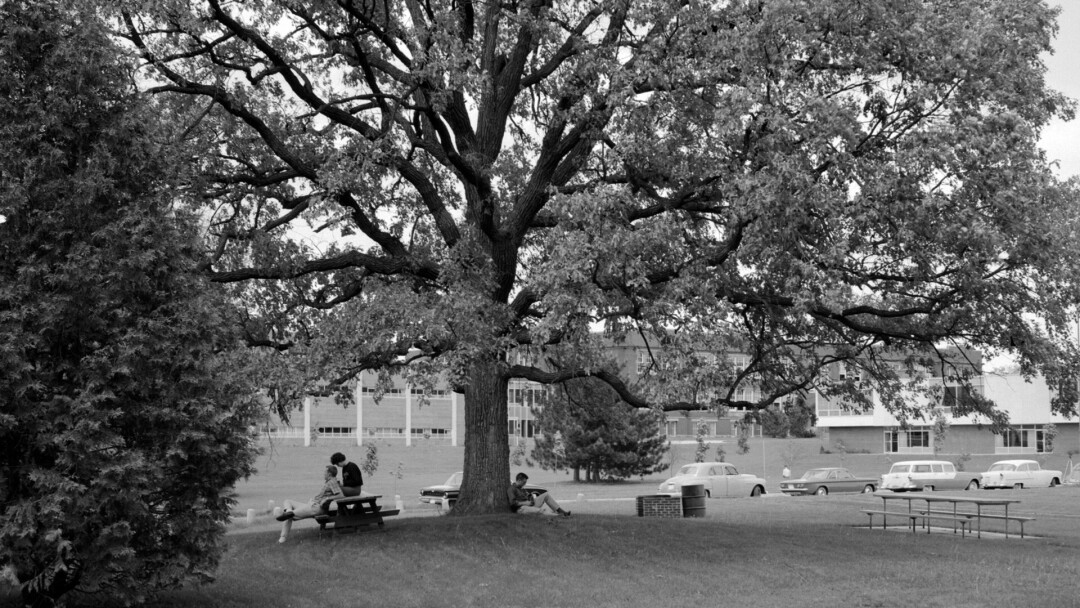 Eau Claire’s history wouldn’t be complete without discussing the impact of the area’s original inhabitants. One of the most important aspects of local Native American history comes from the Council Oak Tree on the UW-Eau Claire campus.

Before European settlement, what is now Eau Claire lay on the boundary between the territories of the Ojibwe and Dakota peoples. According to a 1938 essay in the Eau Claire Normal School’s yearbook, The Periscope, the Council Oak Tree was a meeting spot for the region’s tribes, including the Ojibwe, Dakota, Ho-Chunk, Menomonee, and Potawatomi. The tree became significant to the identity of the campus because of such ties to indigenous inhabitants. Though there is little clear historical evidence to back such claims, tribal elders in the area have agreed that these stories are likely rooted in some truth.

In 1966, lightning struck the tree, causing it to lose many of its branches. Though it remained standing for years after that, another storm toppled the oak completely in 1987. Elders from the Ojibwe and Ho-Chunk tribes planted a new tree in the exact spot in 1990, where it remains today.

After the tree fell, the university’s chemistry department preserved the slabs in order to turn them into different creations to memorialize the tree. One piece of the tree is still a part of campus: a bench.

The bench was crafted by Mike Christopherson, a professor in the Department of Art and Design. It is etched with an original depiction of the Council Oak. The bench sits in McIntyre Library on the first floor, where people can sit and see Little Niagara Creek and the new Council Oak tree.

The Council Oak is also memorized in UW-Eau Claire’s University Seal, an acknowledgement of the sacred ancestral land that the university occupies.

Learn more about the history of the Council Oak in this essay from Wisconsin 101 by UWEC student Bailey Carruthers. 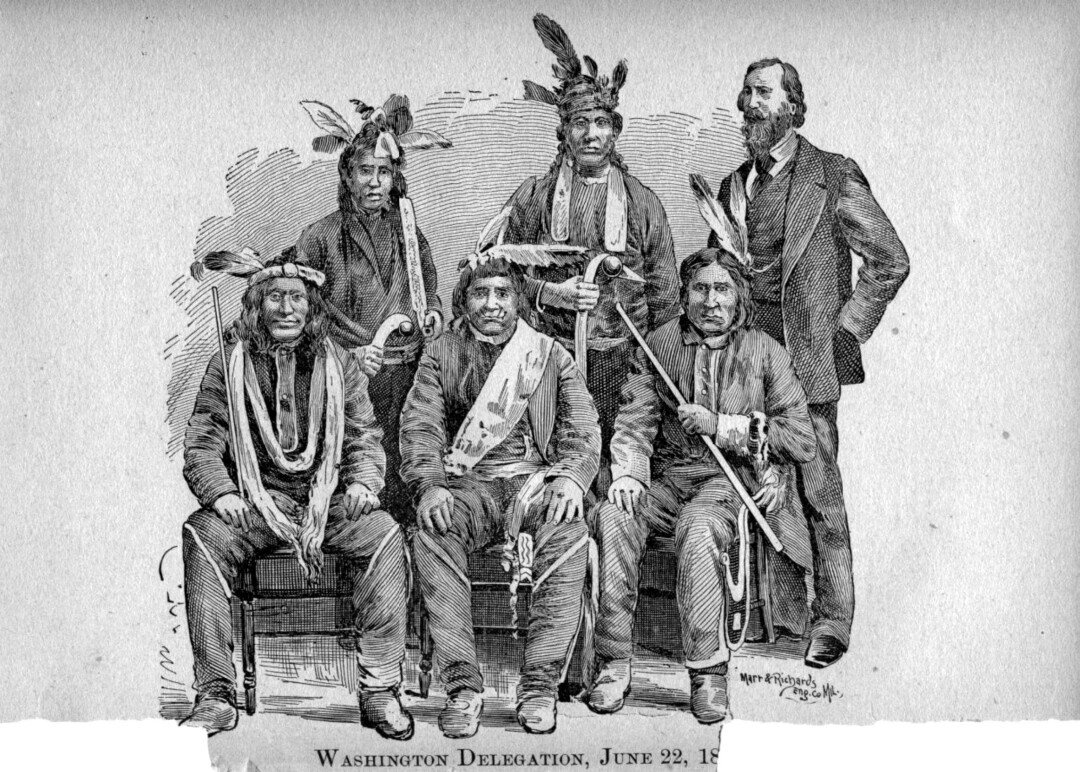 About 13 million acres of Minnesota and Wisconsin – including what is now Eau Claire – were ceded by the Ojibwe to the U.S. government in 1837. Just 13 years after that treaty was signed, President Zachary Taylor revoked the Ojibwe’s treaty rights and ordered them off the land. In 1852, an Ojibwe delegation to Washington, D.C., led by 93-year-old Kechewaishke (known in English as Chief Buffalo), managed to convince the new president, Millard Fillmore, to reverse the order. Fillmore ultimately created the six Ojibwe reservations that still exist in northern Wisconsin.