As it turns out, I’m not the neighbor I wish I was. And considering my role at the helm of Volume One – certainly a community-minded organization – what I’m about to confide is actually kind of embarrassing. My only solace is that some recent local polling indicates I’m probably not be the only one who should be embarrassed. 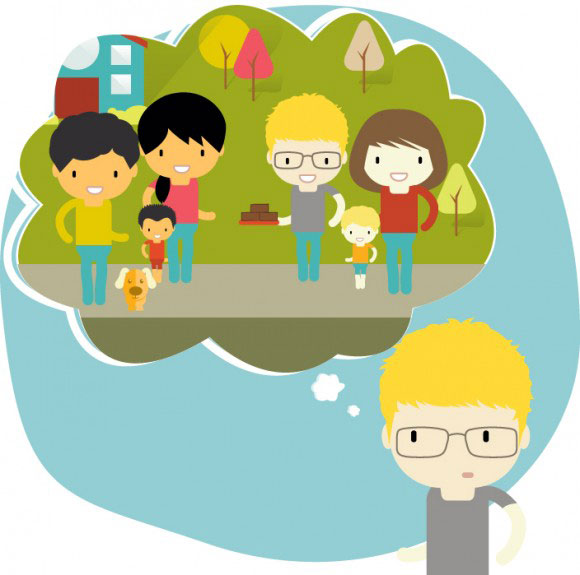 Over the 12+ years of this organization’s existence, we’ve spent a lot of ink on the idea of “community building.” We’re frequently championing the ideals of creative placemaking, working together, and exploring how much further our citizenry can collectively take this community we call the Chippewa Valley. When examined through the lens of Volume One, on a community level, I live and breathe these ideals in a lot of different ways. But on a day-to-day level, when you tally and analyze my personal actions ... well that’s where I might be a bit of a failure.

Without hesitation, I can stand up and talk in front of more than 1,000 people at the Thursday night concerts in Phoenix Park, but somehow I can’t simply stand outside my neighbor’s front door and introduce myself.

My problem (or at least one of them) is that I don’t know most of my neighbors. When I stop and think about the people I actually know who live within a few blocks of my house, I’ve realized that I met all of them in a way that has nothing to do with the fact we’re neighbors. In my case all this is a classic example of talking the talk and, at least on an individual level, not walking the walk.

I feel pretty guilty about that.

I live in the beautiful Eastside Hill Neighborhood of Eau Claire.  As neighborliness goes, it’s a good one. The neighbors are well-connected face-to-face through annual events and an active Facebook page. So when I first moved into the neighborhood about five years ago, I was excited to be a part of it. I wanted to help make the neighborhood great. And in that first year, we tried.

I went to a couple of neighborhood meetings, we participated in the annual thrift sale, went to the picnic, put out lights for trick-or-treaters at Halloween – all that stuff. It wasn’t much, but it was a start.

Then I had an idea. I designed some business cards with my family’s information on them – some “neighbor cards,” if you will. On the front I put a picture of my wife and myself, along with our address and contact info, where we work, and even our dog’s name. On the back I put a picture of our house so people could connect the face with the property.  I figured I could just walk up to someone’s door, hand them a card, start talking, and boom – make a new neighbor friend. I had a few dozen printed up and brought them home, ready to hit the streets. My streets. Our streets.

The problem is, I never actually hit those streets. I chickened out. I just couldn’t bring myself to do it, it felt too awkward. Too pushy. Neither of which is likely true outside my own head. You know, it’s weird: Without hesitation, I can stand up and talk in front of more than 1,000 people at the Thursday night concerts in Phoenix Park, but somehow I can’t simply stand outside my neighbor’s front door and introduce myself.

Compared to similar communities our size around the country, we reported “much less” contact with our neighbors – one of the only categories in which our performance was significantly worse than the typical range.

On the surface, whether it’s because of age or other stereotyped demographic indicators, I think I’ve subconciously told myself it doesn’t look like I have much in common with the people living immediately around me anyway. But I know that’s dumb – in a lot of ways. We all have things in common. And these people live a mere 20 or 30 yards away – how different could we truly be? I want to be the kind of guy who takes a plate of scrumptious brownies to the people who just moved in down the street. But despite multiple opportunities, I’ve never once produced a plate of baked goods and set out across the lawn to welcome anyone.

Well, fortunately for me, and unfortunately for all of us, I’m not alone. In 2012 a national polling firm worked with the City of Eau Claire to quiz our residents on a host of topics gauging how well we’re doing as a community. One question asked: About how often, if at all, do you talk to or visit with your immediate neighbors? Turns out, compared to similar communities our size around the country, we reported “much less” contact with our neighbors – one of the only categories in which our performance was significantly worse than the typical range. We’re not a bunch of hermits, but it’s apparent we could all do better at reaching across that fence or sidewalk to make better connections.

It’s the neighborly shortcomings of my own, and those of many like me, that have contributed to the lonely atmosphere found in many of our neighborhoods today. Yes, I know many of you have wonderful relationships with your neighbors, and the life of your street is a big part of your own. That’s amazing. But I believe there are more than enough of us who haven’t done our part, and I think we’d really benefit from forming those kinds of connections. It’s time we do better.

They say you can tell the quality of a neighborhood by the number of children you see playing on the streets and in their front yards. Well now that I have my own kid, I want him to be one of dozens out there playing, enriching his own life, helping to make a better neighborhood in the process. To get there, I’m faced with teaching him to be a decent person – and “how to be a positive part of his community” is on the list of requisite skills. I guess this means, at least in this area, I need to finish growing up before I can show him how. Now excuse me as I go make a fresh batch of neighbor cards.