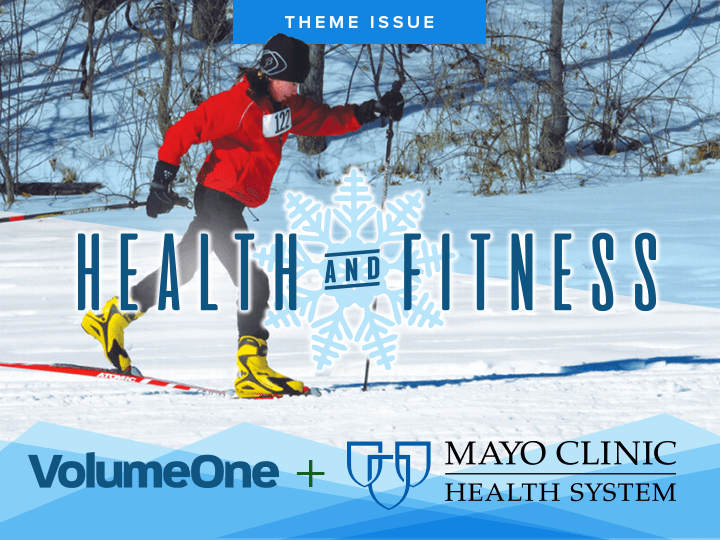 CROSSING THE FINISH LINE: E.C. Athlete Successfully Runs Every Street in the City

Alex Rongstad covered all of the ground in Eau Claire in six months, completing the goal he set for himself in mid-2021 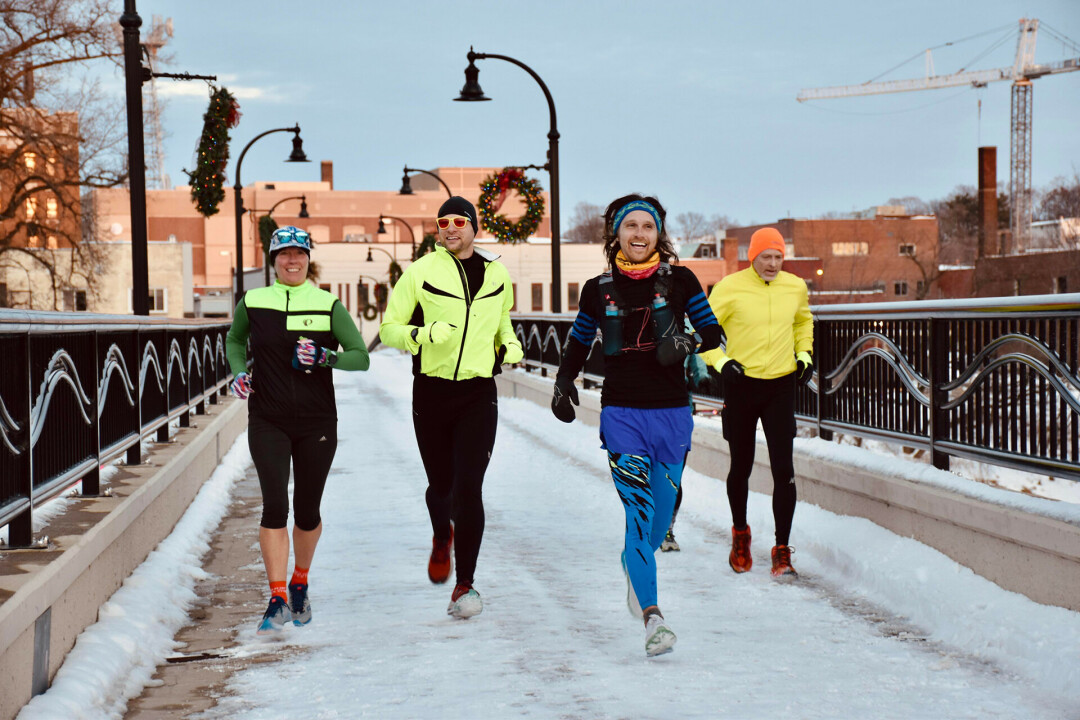 COMING TOGETHER: Alex Rongstad, second from right, would routinely invite other athletes to join him on his expeditions to bring the runners of the city together. (Submitted photo)

A new year creates countless opportunities to realize your New Year's resolutions – and if you think you can’t achieve them, just take a cue from an inspirational runner sprinting through the streets of Eau Claire. Meet Alex Rongstad, an Eau Claire native and marathoner who – in mid-2021 – made it his mission to run every street in Eau Claire. (Yes, every single one!) Six months later, Rongstad realized that goal.

“If this project has taught me anything, it’s how deeply interconnected we are to one another by the simple virtue of where we call home,” Rongstad wrote on Strava, a social networking site where he tracks his miles. “It’s the streets we live on, the space we start, that brings us all together.” 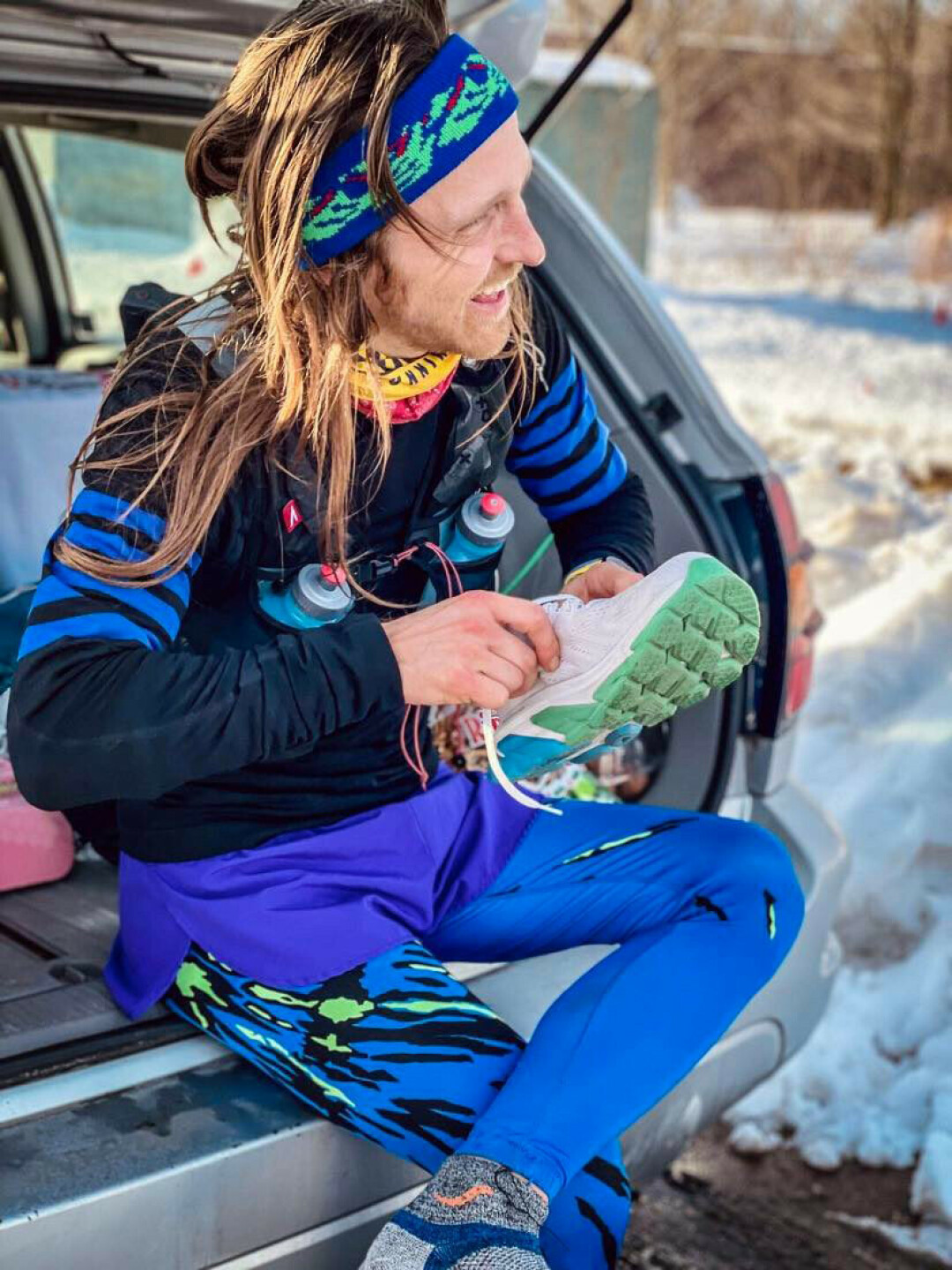 Bettering yourself isn’t always an easy ask, as Rongstad has had to battle his own body to continue running from an early age. He was diagnosed with osteomyelitis, a rare bacterial bone infection, and his left ankle is slightly smaller than his right. Rongstad has broken his collarbone numerous times and endured many injuries on account of his ailments. In addition to the physical challenges he’s faced, Rongstad tackled his social reservations by having runners join him in mid-December on his final run of his Eau Claire-based project.

“This is not an easy ask for me,” Rongstad said. “As an introvert and often solitary runner, I have been overwhelmed by the community support for this project. Especially the small gestures of kindness, folks asking about the progress, or coming out to run a couple miles here and there. I set a goal for myself at the beginning of last year that I was going to try to open up and connect to more people through running and movement – this project is what has come of that intention.”

“It’s the streets we live on, the space we start, that brings us all together.” Alex Rongstad, Eau Claire runner

With his goal now complete, Rongstad said he has learned more about the city he grew up in in the past six months than he ever did before. He’s grown a new admiration for the people who inhabit the city, in addition to the physical city itself.

“I’ve learned more about this community in the last year than I’ve ever known in the 32 years prior, and yet I feel that is just the tip of the iceberg,” Rongstad said. “It’s people who make the community what it is.” 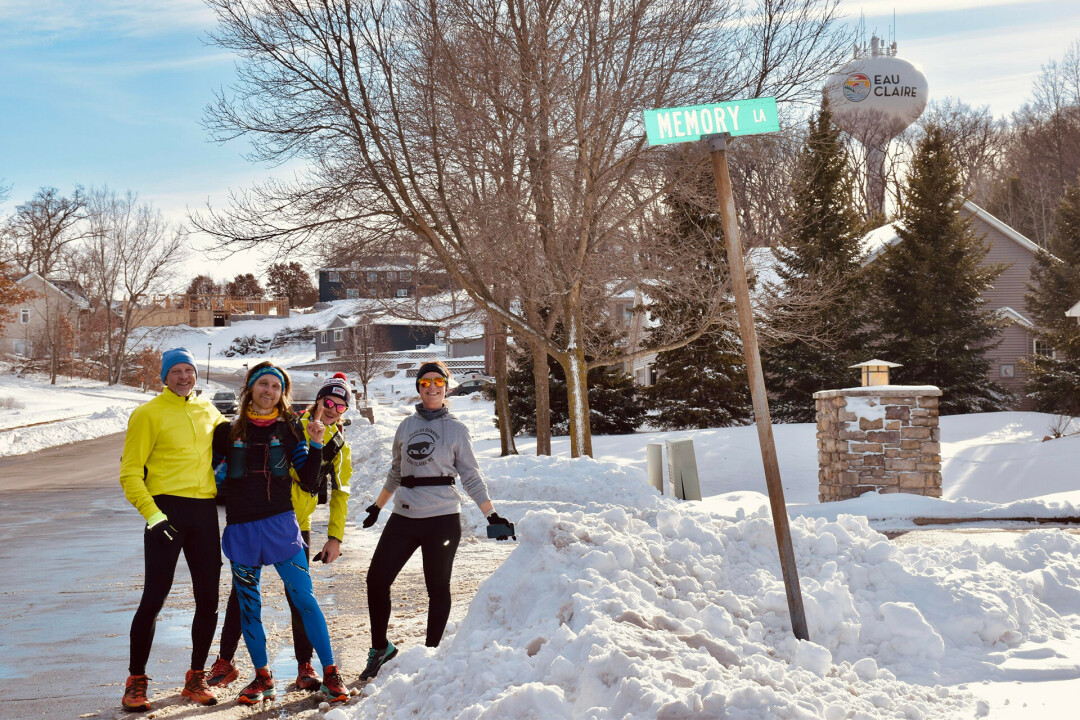