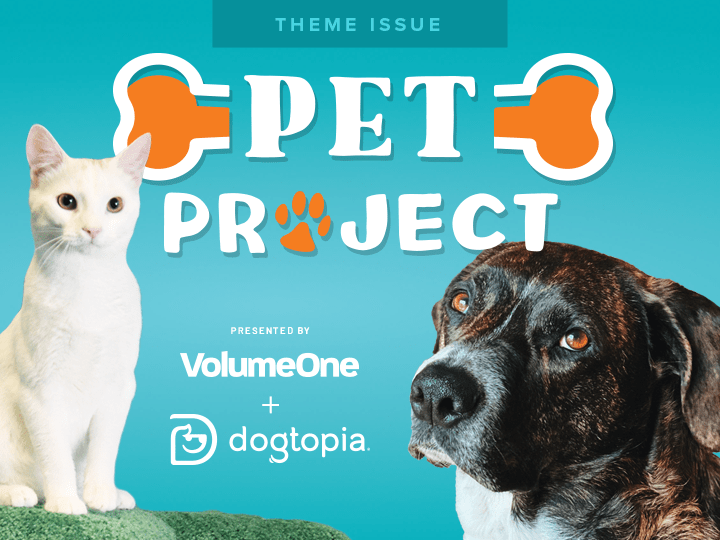 Pets From the Past Kittens lighting a cannon. Rabbits on leashes. Popular Internet memes? New social media sensations? Nope. These are images featured in the “Turn of the Century Pets” exhibit at the historic Wilson Place Mansion in Menomonie.

This new exhibit at the lumber baron home uses pet culture to give visitors a new way to relate to the historic space and artifacts.

While museums often have a formal feel to them, Melissa Kneeland, the director of education and planning at Wilson Place, says suggesting the presence of pets helps make the Wilson Place feel more like the actual home that it was. You can almost hear the animals scampering around the corners on the wood floors of the mansion.

“We all know the clicking sound pets nails make as they run around. Click, clicky, click,” Kneeland says.

While the photos displayed throughout the mansion mostly feature Menomonie and Dunn County pets with their people, Kneeland said the images reflect what was going on nationally from the 1880s through the 1930s. In the Victorian time period, companion animals weren’t referred to as “pets” like they are today. Kneeland says that these animals were called “favorites.” Yet the importance of pets started to be a part of the culture in that era. Kneeland points to the pet food industry as an example. She explains how after fortified foods for people were developed, the food industry then focused on creating fortified pet food. Some examples of pet food advertisements and products are displayed in the butler’s pantry of the home.

Each of the families who lived in what is now known as the Wilson Place Mansion had companion animals, but it was one resident’s love for dogs that truly inspired the exhibit.

Irene LaPointe and her husband, George Jr., lived in the home from the early 1920s to around 1974. Photos of Irene and her dogs Jake and Timber are highlighted in one of the mansion’s bedrooms. Timber’s gravestone is on the grounds of the home as well.

Beyond being considered members of the family, companion animals were also used as teaching tools and status symbols.

Photos of children with animals are the some of the most common images in the exhibit. They range from children pushing pets in toy strollers to posed portraits. The animals were often given to the youngsters to encourage them to develop a sense of responsibility.

Wealthier families, such as the residents of the Wilson Place Mansion, not only had pets for companionship but the animals and their accessories also displayed their social status. These families often had small horses and custom-made carriages. The monthly cost to care for those animals was an extravagance most other families could not afford. That said, families of lesser means still welcomed companion animals into their lives. Sometimes wild animals, such as skunks or deer, were considered pets. And of course, farming families were surrounded by animals. In fact, some families posed for photos with their livestock.

Even animals that we consider house pets today were more than just companions. Cats and dogs, for example, were kept for protection and pest control.

Many other types of animals started to show up in homes as well. During the Victorian era, birds became very common pets. Rabbits as well. Fish were popular, but often more as art pieces for display only.

The Dunn County Historical Society helped Kneeland locate many of the photos used in this exhibit. She says that they had tons of images to choose from and what is on display is only a small part of what has been archived. This could be a testament to how important these cows, canaries, dogs, cats, and rabbits were to the turn of the century families they became a part of.