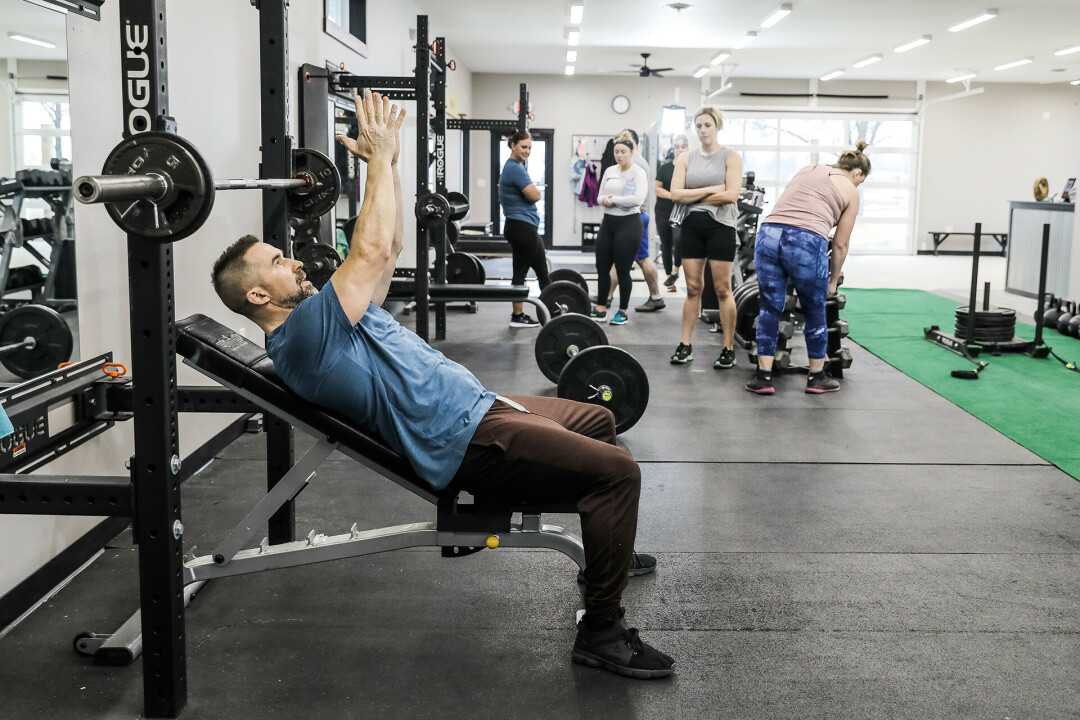 WORTH THE WEIGHT. Ryan Boos expanded his gym to the old Village Hearth bread store when he outgrew his old space.

Three yoga mats and a ball. That was all 5th Row Lifting Company’s owner, Ryan Boos, owned when he first got started in his own gym back in 2014.

Fast forward nearly eight years later, and Ryan is about to have a ribbon cutting for his new expanded gym on 3944 Anderson Drive, formerly the Village Hearth bread store on Eau Claire’s north side.

After owning Pinehurst Gym for six years, Boos realized he needed to expand to accommodate his growing clientele. In his gym, he had a chalkboard of every client’s name but proclaimed he would have to call it quits once those names hit the fifth row of his board, knowing that it would be too much for that small space. So when he hit that fifth row, they moved to a building triple the first’s size and changed the name to 5th Row Lifting Company, symbolizing their ability to now add names to that fifth row.

Boos and his business manager, Jill Zwiefelhofer, moved into the new space in 2020, but have had to delay their grand opening due to the pandemic and construction delays. Two years later, they are finally planning their grand opening for April 28-29, though the details haven’t been fully revealed. 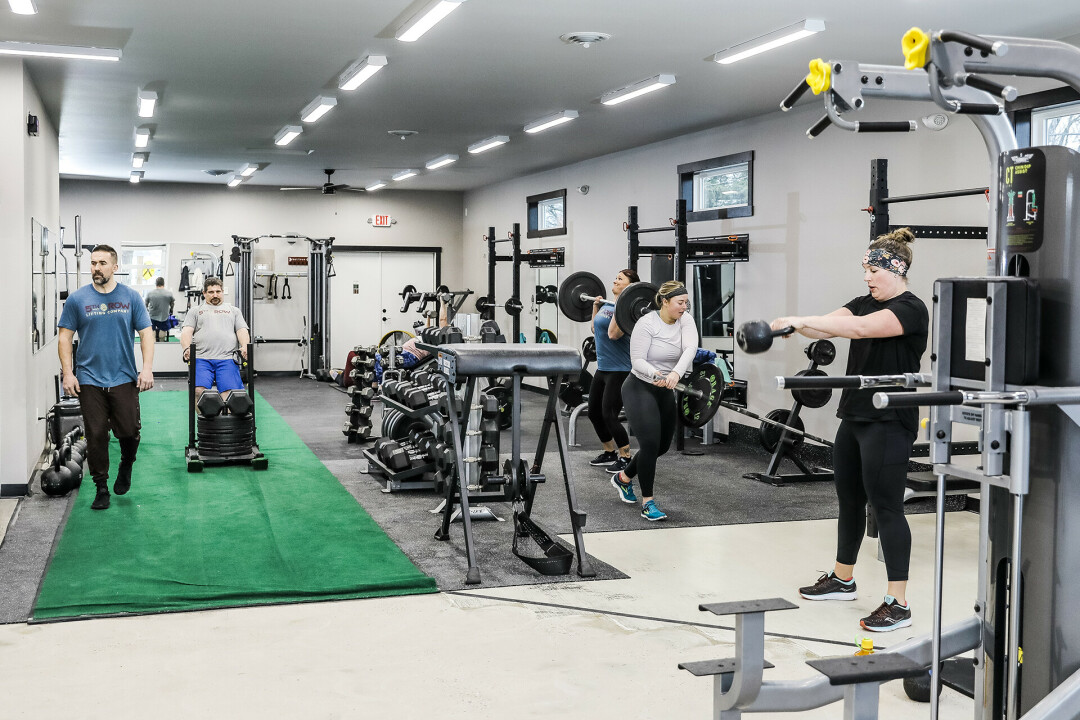 “We did this (expansion) in a time when so many gyms were closing down,” Boos said. “They were some of the harder hit businesses in the pandemic. A lot of gyms nationwide shut down and didn’t make it. Somehow we actually grew. We dug deep and hung strong and we grew during and through this time.”

Ryan’s success in the fitness business can be traced to many things, but his relationships with his clients are the most prevalent. Ryan believes maintaining personal connections with each client is not only important for the business but also for the comfort and support his clients feel. 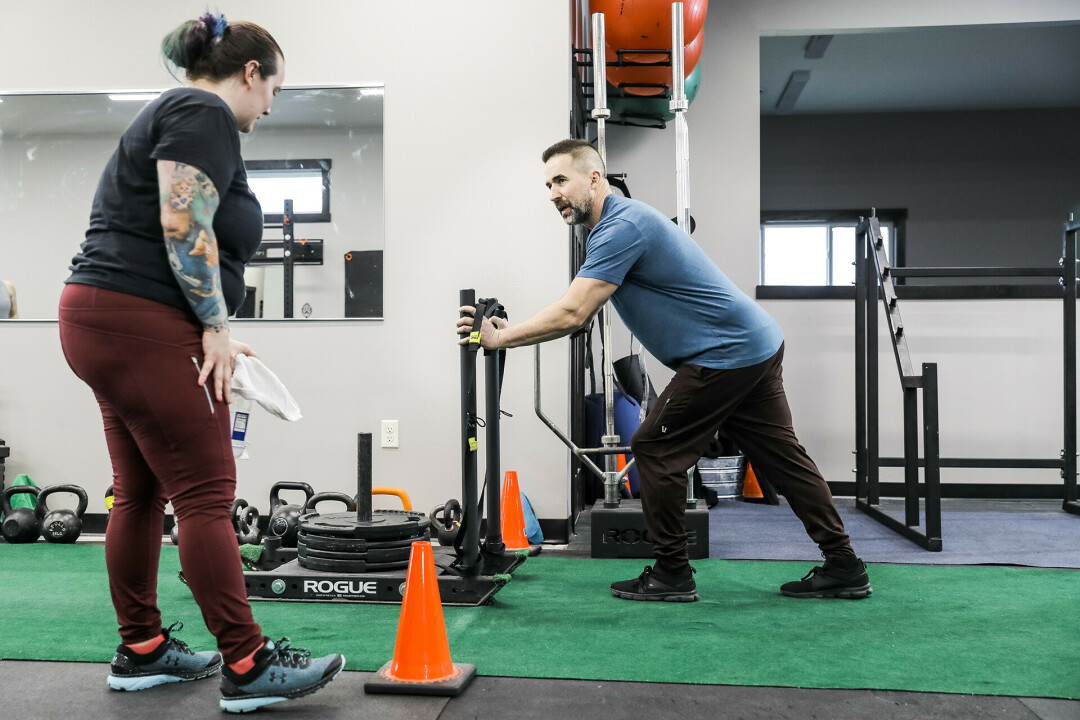 “I want to stay small,” Boos said. “If we get up to 150 members, my goal is not to keep going from there, my goal is to open up another gym.”

When it comes to their gym’s style, they don’t have a definition for it. According to Boos, they take principles from bodybuilding and powerlifting but aren’t classified as those things.

“People will always ask, like, ‘what do you do?’ and they want a one-word answer like CrossFit or HIIT [High-Intensity Interval Training], but I think what we do is unique in that we have a style that’s all our own, we just haven’t put a name on it yet.”

5th Row Lifting Company offers deals for couples and families looking to get fit together. They also do group sessions, which are very popular, but offer one-on-one training for beginners who aren’t quite ready for a group setting. 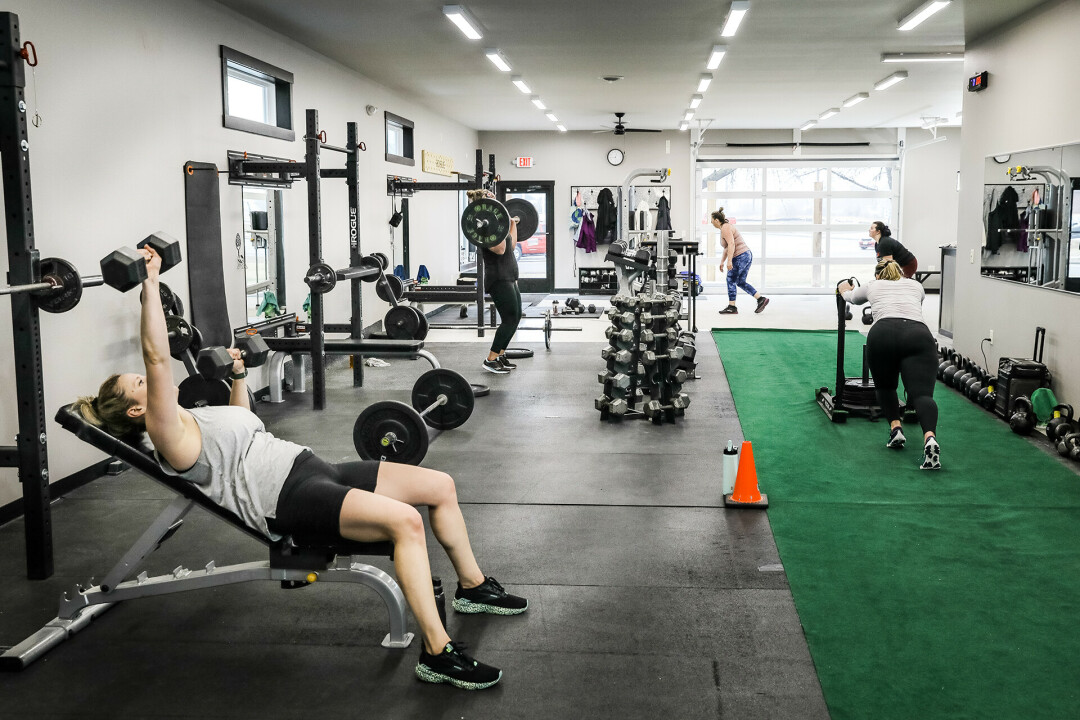 To learn more about 5th Row Lifting Company, you can go to 5throwlifting.com or check out their new gym at 3944 Anderson Drive, Eau Claire.