Get Ghosted With This Spooky Podcast 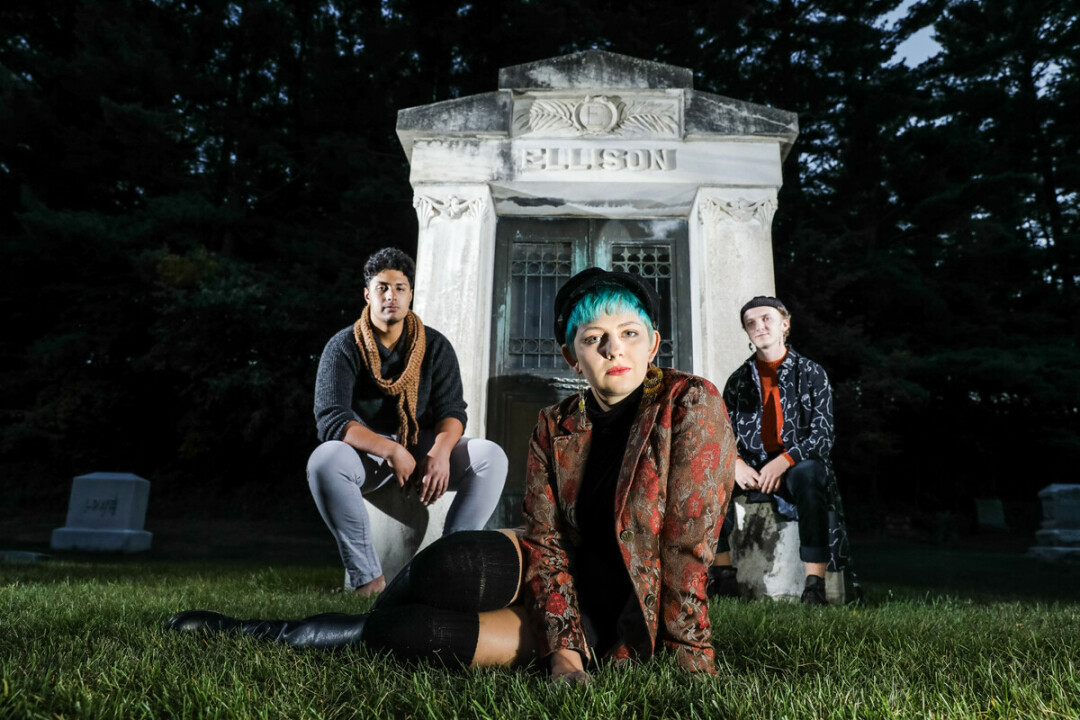 THEY AIN'T AFRAID OF NO GHOST. Semisi Faleta, an intern at the Heyde Center for the Arts, created a new podcast for the Heyde Center along with his two friends: Ada Packiewicz and Evan Peterson. Between hours of research, notes, and tech support, it's one spooky podcast you won't want to miss.

Something spooky is heading into the Chippewa Valley, and it’s not just the usual seasonal changes. The Heyde Center for the Arts recently launched a paranormal podcast, which premiered on Sept. 30, to lead up to their big murder mystery dinner theater on Halloween night.

The podcast, Ghosted, will be eight episodes long, with a two-episode ending on Halloween. Each episode will feature spine-chilling stories from around the Wisconsin/Minnesota region. These stories range from true crime (like the so-called Mad City Murders) to paranormal happenings (such as haunted dolls and witches).

The podcast is produced by Semisi Faleta – an intern at the Heyde Center and a UW-Eau Claire student – along with two of his pals from the university: Ada Packiewicz acts as his co-host, while Evan Peterson works as their technical consultant. The pair spend hours researching and providing notes for the podcast while Faleta works behind the scenes to bring it all together. Executive Director Deb Johnson supports the whole project.

The podcast is hosted on Eau Claire HomeTown Radio’s website, but can also be found on Facebook and Instagram under the hashtag #getghosted2020. Meanwhile, the dinner theater production, Ghost in the Attic, will run Oct. 30-31. A theater troupe will be coming from the Twin Cities to perform. The troupe, composed of seven members, will disperse among the diners to give the night a realistic tone as they interact with the audience. They will tell the story of Sir Alexander McDonell, the founder of the Heyde Center, and try to contact him 113 years after the construction of the building. Are the rumors true? Does he still haunt the building that he helped build?

The event will be at a fourth of its running capacity, with tables spaced out at least nine feet apart. Masks will be required for everyone – guests and performers alike – except when eating. Contact tracing will also be in effect. Tickets for the dinner are available at the Heyde Center for the Arts’ website at www.cvca.net.

Check out Ghosted online at www.echometownradio.com/ghosted.