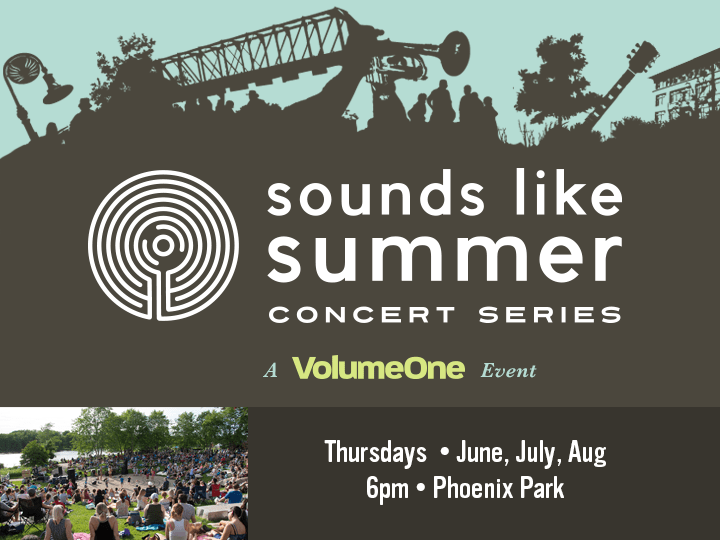 this year, our little concert series turns 10 – and kicks off with our 100th concert It’s a special year for the Sounds Like Summer Concert Series, because of some notable milestones. The 2015 season of Sounds Like Summer is its 10th, and our kickoff concert on Thursday, June 4, is officially our 100th summer show in Phoenix Park.

We’ve got loads of amazing (and local!) musical acts lined up for every Thursday night this summer, including The Gentle Guest, Them Coulee Boys, The Millenium, Pit Wagon, Michael Perry and the Long Beds, Meridene, JE Sunde, The Dust of Men, Irie Sol, and more! Our kickoff show, which celebrates our 100th concert, features Easychair, The Jaggernauts, and Brian Bethke – all acts that performed in our first ever Sounds Like Summer series in 2006.

Also, with all the brand new music festivals this summer – and some special things coming from Volume One – we’re planning a couple of fun nights in coordination with some of the bigger music events our area has to offer.

Lastly, we want to quickly thank everyone who has come out to the concert series time and time again over the last 10 years and made it one of the coolest things about being in Eau Claire every summer. So thanks! We’ll see you out there.