Creativity Inside – and Outside – the Can 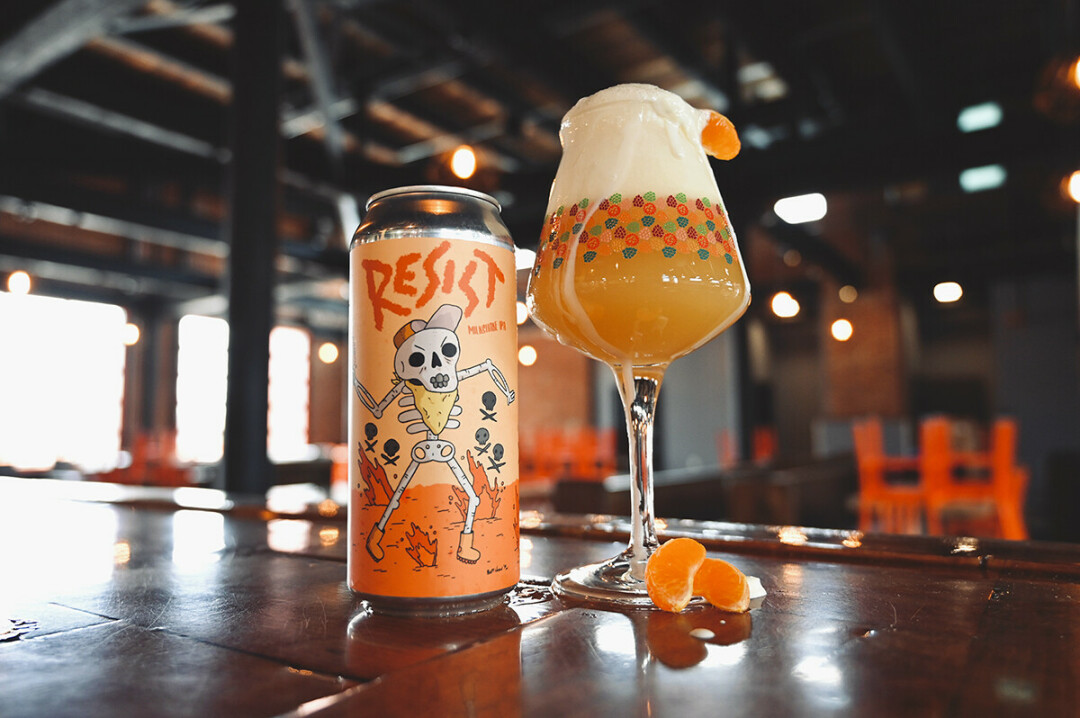 This Resist Milkshake IPA carries one of the many labels Brett Vosen has created for The Brewing Projekt in Eau Claire. (Submitted photos)

If there’s anything more bold, creative, and attention-grabbing than the beers created by Eau Claire’s Brewing Projekt, it’s the labels on the outside of the brewery’s 16-ounce cans.

In recent years, those labels have been created by Twin Cities-based graphic artist Brett Vosen. For those who’ve seen them, Vosen’s designs are unmistakable, full of goofy creatures and bizarre settings, all of them pulsing with vibrant colors.

If you’ve been to the Brewing Projekt (1807 N. Oxford Ave., Eau Claire) or have perused the shelves at hundreds of retail outlets around the region, Vosen’s artwork has likely grabbed your eye: In crowded beer coolers, his labels stand out with comical images of angry blenders, fruit-tossing skeletons, and chatty slices of pie.

“I kind of emulate comic books, graphic novels, and animation,” Vosen explains. “That’s the kind of media I enjoy the most.” Major influences include Mike Mignola (most famous as the creator of the comic Hellboy) and Ghostshrimp (a graphic designer who created backgrounds for the cartoon Adventure Time).

Some of Vosen's favorite designs.

“I think we’re kind of eccentric brewers and I have eccentric labels. I feel like it’s always kind of a perfect match.” –Brett Vosen

Vosen ended up making art for the Brewing Projekt by chance. He was scrolling Instagram one day back in 2019 when he saw the brewery was seeking an artist. A craft-beer lover who was already a fan of the Brewing Projekt’s products, Vosen applied, created a couple of test labels, and landed the freelance gig, which turned into a staff job the following year.

Vosen grew up in Madison and studied graphic design at Madison College before relocating to the Twin Cities a few years ago. Before the Brewing Projekt gig, he’d done a few one-off designs for other breweries and worked creating box and can designs for a sparkling water company.

These experiences emphasized the importance of grabbing attention with a label. “You’ve got to really focus on what’s going to be seen head on,” he explains. And while his designs are optimized for the vertical shape of a tall boy can, they wrap all the way around, giving curious viewers extra details to explore. 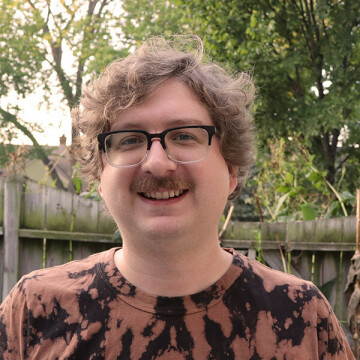 Vosen estimates he’s created more than 75 labels for the brewery. And he’s not just exercising his creativity by designing labels: In the past few years, he’s also named many of the beers. While some of the Brewing Projekt’s stalwarts – such as Gunpowder IPA and the Dare Mighty Things series – predate Vosen, he’s named many recent creations, including Jungo Joose, Ooey Gooey, and Big Plans.

For Vosen, the creative process typically begins with a description of a new beer – a beer, mind you, that he hasn’t tasted yet. (The brewery wants to get its products into drinkers’ hands as quickly as possible, so the brewing process is happening at the same time as the design process.)

Vosen doodles in a sketchbook, developing images and the beer’s name at the same time.

“I try to just kind of let it come out really organically, not put too much focus in the initial stage and just see what comes out,” he said.

As the design progresses, he’ll share drafts with the rest of the team.

“I try to always show at least a loose, rough sketch to them as well just before I commit fully to it,” he said. “Sometimes I just kind of go wild and it works out totally fine as well.” 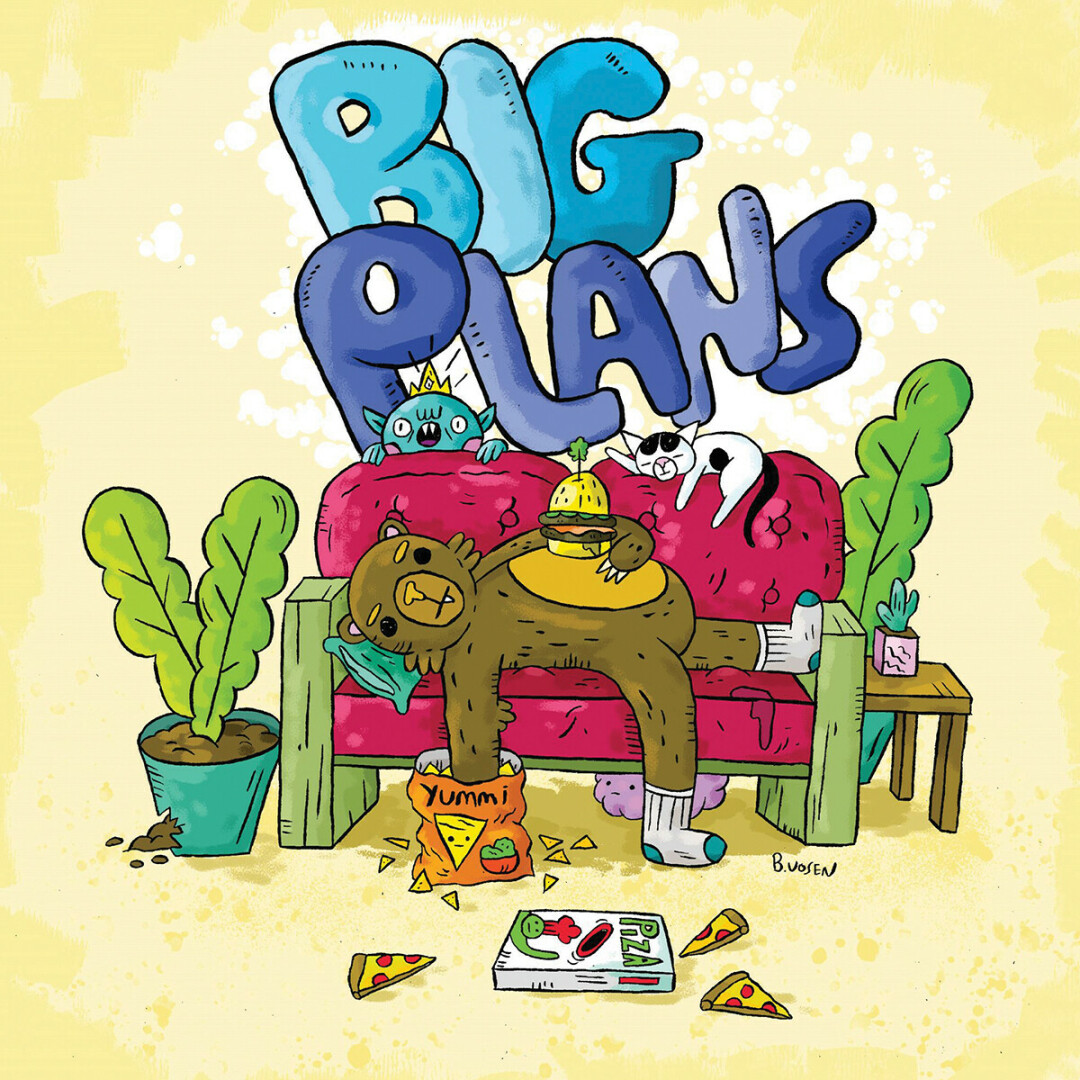 Another of Vosen's all-time favorites (which includes a cameo appearance by his cat).

So does he have favorites among all these colorful labels? Vosen is partial to his design for Big Plans (an IPA with Idaho 7 and El Dorado hops), which features a lazy bear lounging on a sofa, his paw in a bag of chips and a half-eaten pizza scattered in front of him. The artist’s pet cat even makes a cameo on the label.

“Our beer and labels match up pretty well most of the time,” he concludes. “I think we’re kind of eccentric brewers and I have eccentric labels. I feel like it’s always kind of a perfect match.” 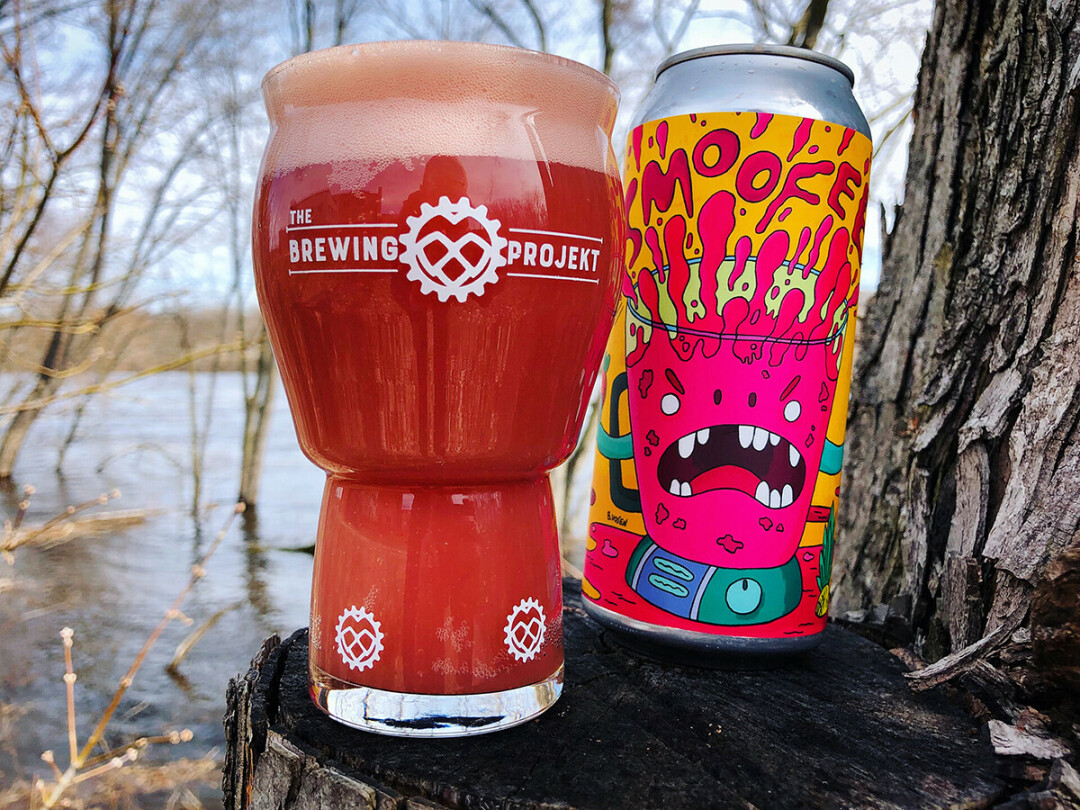