creating a genuine Oktoberfest experience right here in the Valley 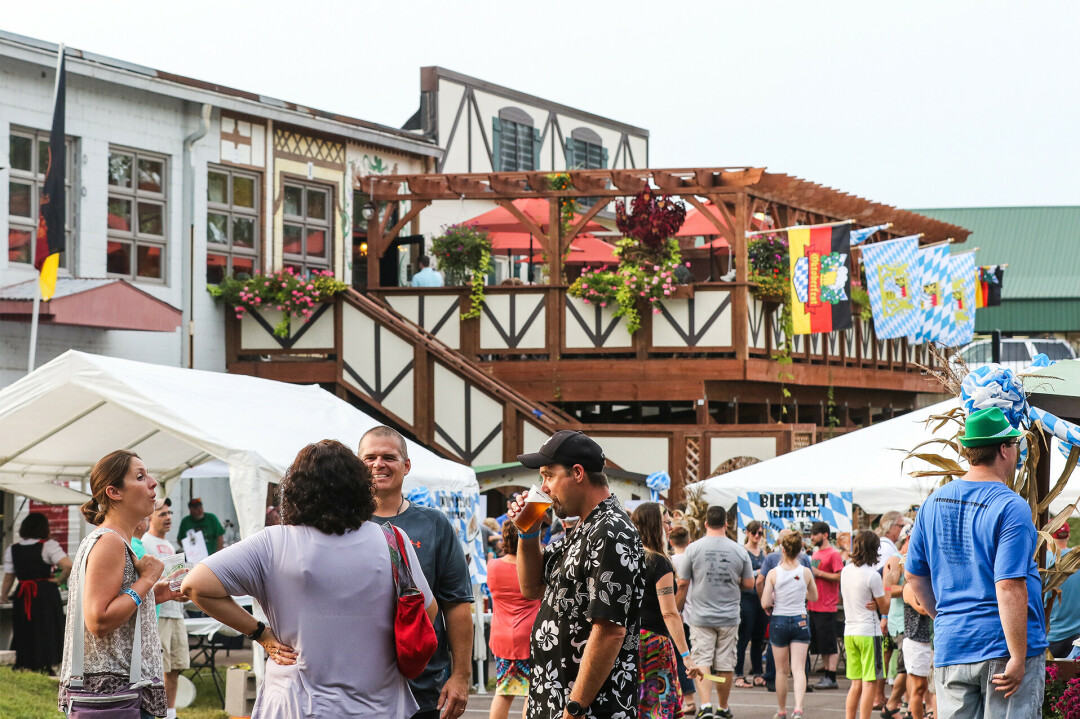 99 PROBLEMS BUT A BEER AIN'T ONE. Lazy Monk is hosting Oktoberfest through the end of September, and two of them are already sold out.

Near the Chippewa River sits not just a brewery, but a place where – at least according to its website – “you walk in as strangers, but leave as friends.” Eau Claire’s Lazy Monk is a brewery that encourages you to speak with strangers by eliminating music and secluded tables, and their mission for Oktoberfest has always been to maintain authenticity and build community.

“We try to stay with the traditional, not the Americanized Oktoberfest,” says co-owner Theresa Frank. “So, when you’re in Germany, it’s about the bier, food, and camaraderie.”

While both their “Oktoberfest Meat and Cheese Night” and “German Schnitzel Dinner” events on Tuesday, Sept. 27, and Thursday, Sept. 29 respectively, are sold out, there are still lots of activities to take part into experience a more traditional Oktoberfest. The festivities start on Saturday, Sept. 24, at Lazy Monk, 97 W. Madison St.

“We actually do German brats, the German-style pretzel, and we have music,” Frank said. Of course, they’ll also be serving their Oktoberfest lager which Frank describes as an amber, malty bier.

In addition to that, this year Lazy Monk is holding a fundraising event with The Community Table on Saturday, Oct. 1. The Community Table is a nonprofit that has been feeding those affected by food insecurity since 1993. This event, called the “Dessert Extravaganza,” will feature bakers bringing in desserts that attendees can bid on.

“We wanted to end this year on a community note, Where we’re helping to take care of members of our community,” Frank said.

Even though two of the events are already sold out, there’s still lots of fun to be had at Lazy Monk’s upcoming week-long Oktoberfest celebration.

For more information about Oktoberfest and Lazy Monk's events, visit their website.