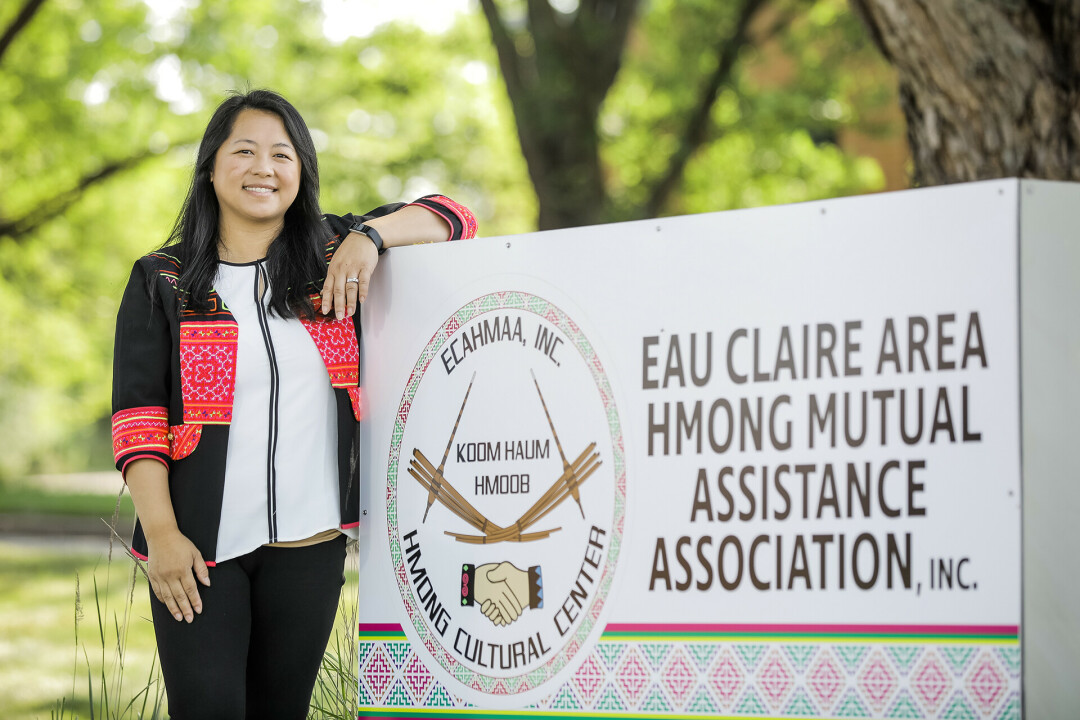 A HEART FOR OTHERS. True Lor Vue, the new executive director of the Eau Claire Area Hmong Mutual Assistance Association, brings her experience in ceramics, education, to spread more love to the community.

“I have the heart of a mother,” said True Lor Vue, the new executive director of the Eau Claire Area Hmong Mutual Assistance Association. “I love people, and I care for people, but at the same time, I have the mind of an entrepreneur. It’s always visionary: Where can we go? What can we do?”

Vue has arguably always been a leader. When she was a year old, her family fled a refugee camp in Thailand and landed in Eau Claire, where she quickly pursued a passion for art.

“There’s a greater cause for me, and (it’s) being with the Hmong community.”

A natural artist, she attended UW-Eau Claire for art education before changing gears and focusing on her true passion: ceramics. Vue revolutionized traditional Hmong patterns by contemporizing them and incorporating them into her work.

After graduating, Vue found a new passion in her role as a Bilingual Education Assistant at Locust Lane Elementary School: sharing Hmong culture and tradition with area youth.

“For me with art, I would still want to do it in the future – like, have my own studio, do something on the side,” Vue said, “but I think there’s a greater cause for me, and that it’s being with the Hmong community.”

In her role at the elementary school, Vue worked with Hmong students and families, bridging the communication needs between the school and families to ensure each student’s educational needs were being met. During her time there, she started a Hmong Club, where she helped Hmong children reconnect with their culture and traditions. 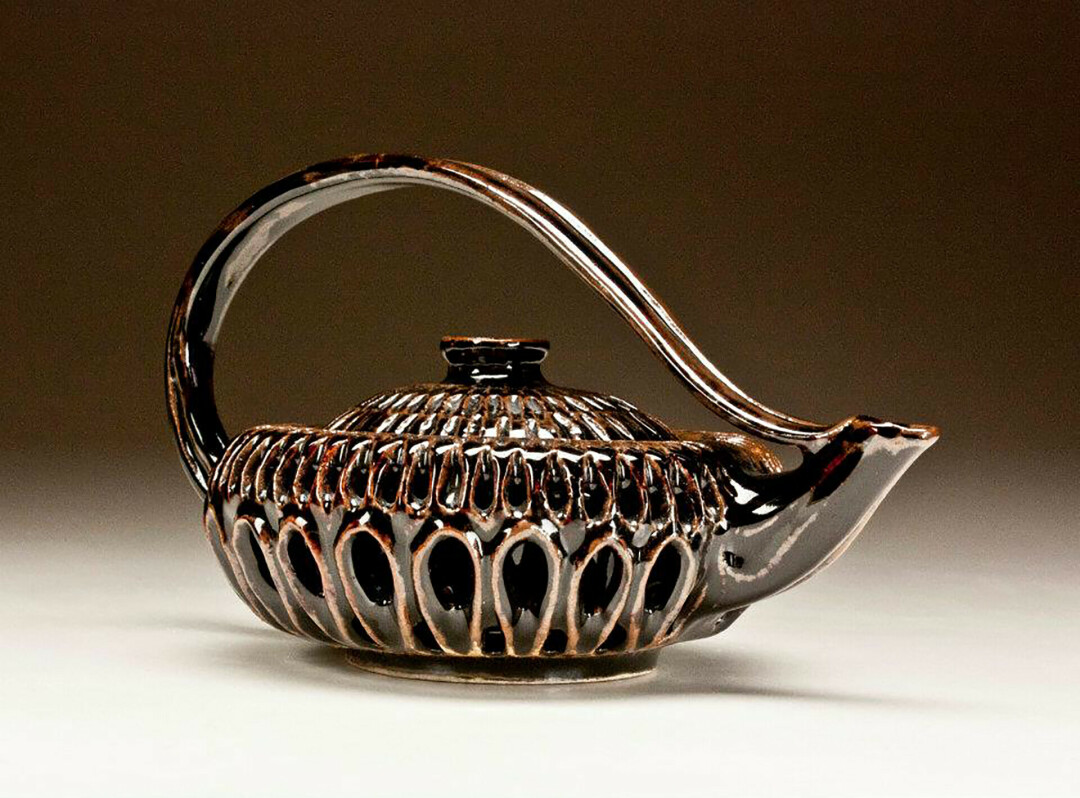 “It was so wonderful,” she said. “That’s a passion of mine, is making sure that the Hmong culture and language doesn’t die out.”

After Vue’s son was born, she sought part-time, remote work so she could stay at home and look after her new baby, so she found census work with Pa Thao at the Black and Brown Womyn Power Coalition, which changed her focus from the academic realm to the community as a whole.

When the position opened at the Hmong Association – an Eau Claire-based nonprofit that provides services to the region’s Hmong population – Vue knew she was prepared for the role. “I don’t feel like a stranger,” she said. 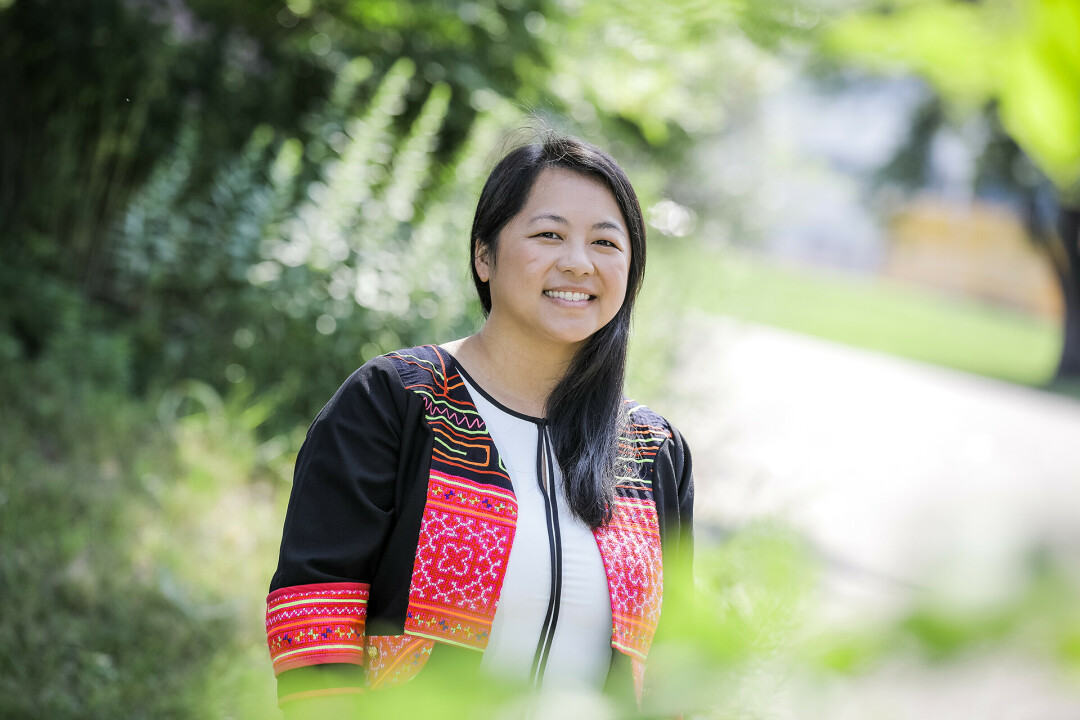 As executive director, she hopes to empower the community more broadly and find new ways to collaborate with other area organizations, as well as bring in more education and health resources.
She also hopes to find a means to connect with area Hmong farmers who work with the Eau Claire Downtown Farmers Market to bring fresh, locally produced vegetables to the HMAA’s food pantry.
Though Vue worked side by side with Thao – the first woman to hold the position of executive director at the HMAA – she says Thao really paved the way for growth in a generally traditional culture, and now Vue looks forward to collaborating and working together with the community even further.

“The times are changing, and so is the culture,” she said. “Having a woman to lead this organization is more (acceptable). … I didn’t think I was going to get it, and I was just thinking, you know what? Why not?”