How Do Women Tackle Leadership Roles? ‘We Get It Done.’ 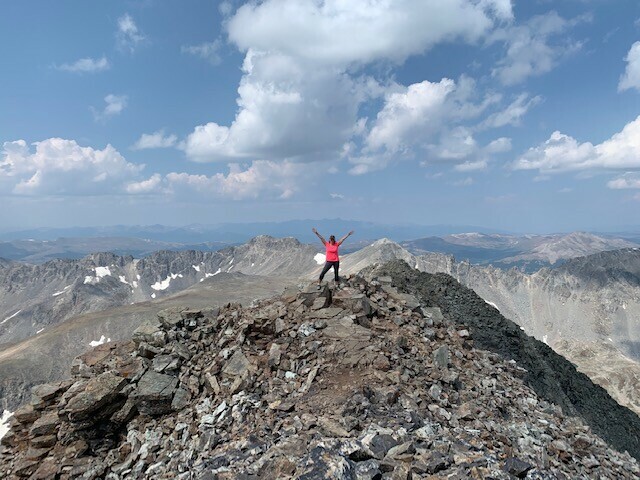 WOMEN CAN DO ANYTHING. And for Kathy Wright, the general manager of Country Jam, that includes climbing to the summit of a 14-er.

Kathy Wright’s answer to new opportunities is not no – it’s not now.

As general manager of Country Jam, board president of Scouts BSA, member of the board at Visit Eau Claire, former sales representative at WEAU-TV, member of 100 Women Who Care Eau Claire, the first woman in 100 years to emcee the Eau Claire Area Chamber of Commerce’s annual formal dinner, and – on top of it all – a mom, Wright affirms one thing: Everyone can play a part in serving their community, especially women.

“Don’t be afraid,” Wright said. “Don’t think that what you bring might not be important enough. Everybody brings something that’s amazing.”

"Don't be afraid. Don't think that what you bring might not be important enough. Everybody brings something that's amazing." 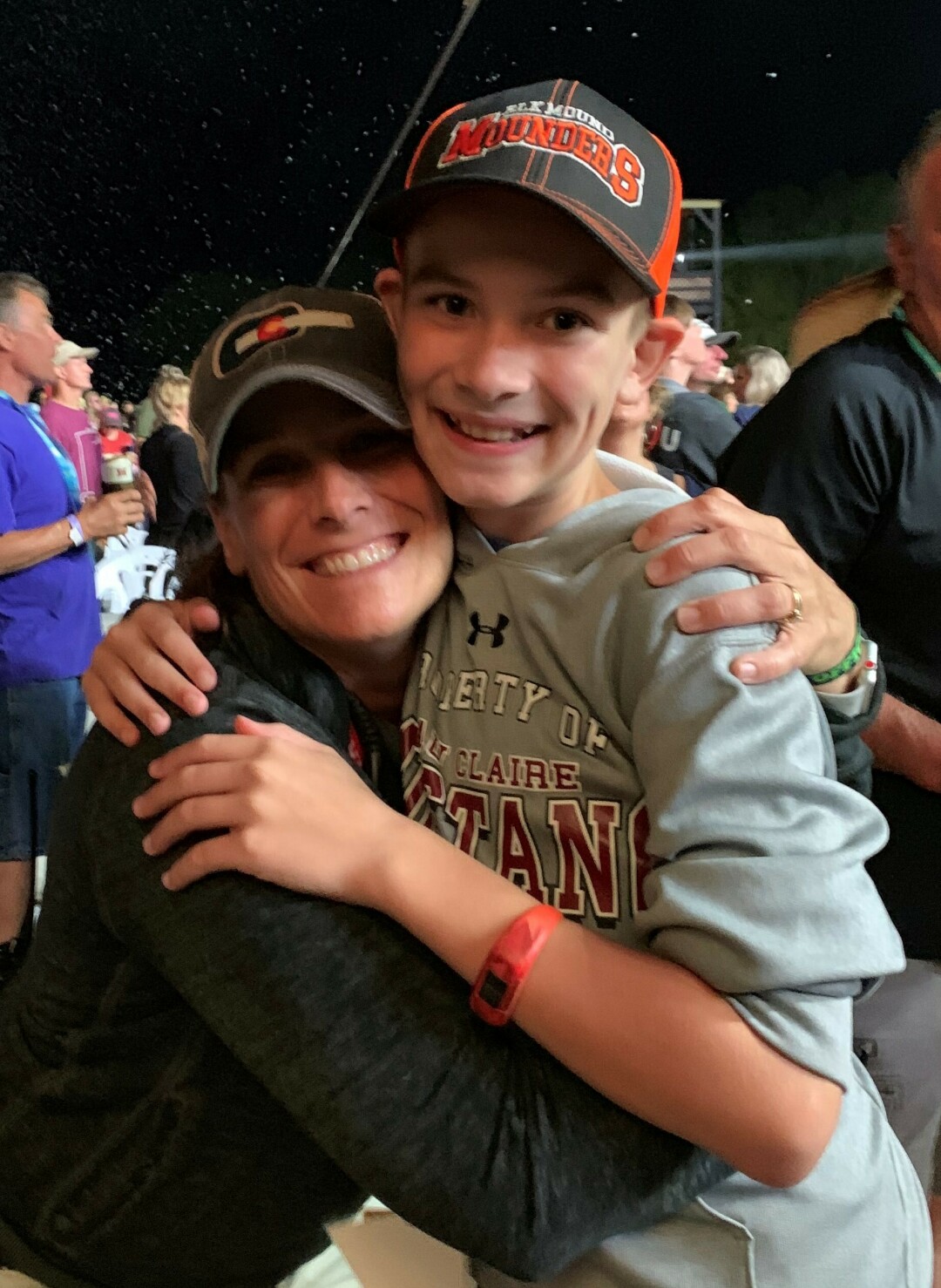 Wright pictured above with her son.

Wright would know a thing or two about strong female leadership, as she’s the first female board president of the Chippewa Valley Council of Scouts BSA. She decided to become a part of what was formerly known as the Boys Scouts not because her son is involved, but because she attended a leadership banquet for the council during which attendees were asked how many Eagle Scouts were in the room. Everyone in the room – all men – stood up. Wright decided that day that she wanted to learn more about what it means to be an Eagle Scout. This year, their council has eight young women on track to earn their Eagle Scout awards in the next four to six months – the first young women in the council’s history to receive the honor.

“Eagle Scout is the program’s highest rank, which only about 6% of Scouts achieve on average,” says Tim Molepske, the Scout Executive and CEO. “To earn it, an individual has to take on leadership roles within their troop and their community; earn a minimum of 21 merit badges that cover a broad range of topics including first aid and safety, civics, business and the environment; and they must research, lead, and complete a large community service project.”

In the 10 counties that the Chippewa Valley Council is responsible for overseeing, about 3% of their membership is female. According to Wright, only 8% of all Scouts reach the rank of Eagle Scout. “It’s been a lot of fun,” Wright said about serving as board president. “It’s allowed me to grow quite a bit. There’s so many people I admire on our board that have taught me so much.”

In addition to serving as president of the council of Scouts BSA in the Chippewa Valley, Wright most notably works as the general manager of Country Jam, organizing almost everything about the event. “I have a lot of Post-it notes,” she said. “A lot of Post-it notes.”

Though Country Jam was canceled for 2020 because of the coronavirus pandemic, Wright is still hard at work planning for a strong set next summer – and even if it doesn’t work out, it at least gives folks something to look forward to.

“For me, it’s about the relationships and friendships that are cultivated all around music,” she said, reflecting. “I have a quote up in my office that says, ‘Think of all the people you would’ve never met if it wasn’t for music.’”

Wright also gives back to the community through 100 Women Who Care Eau Claire, which gathers 10 women from the community who each month commit to donating $100 to a local organization.
In November, 100 Women Who Care Eau Claire raised more than $10,000 for the Red Letter Grant. Wright estimates the group has donated more than $70,000 to local organizations since its inception.