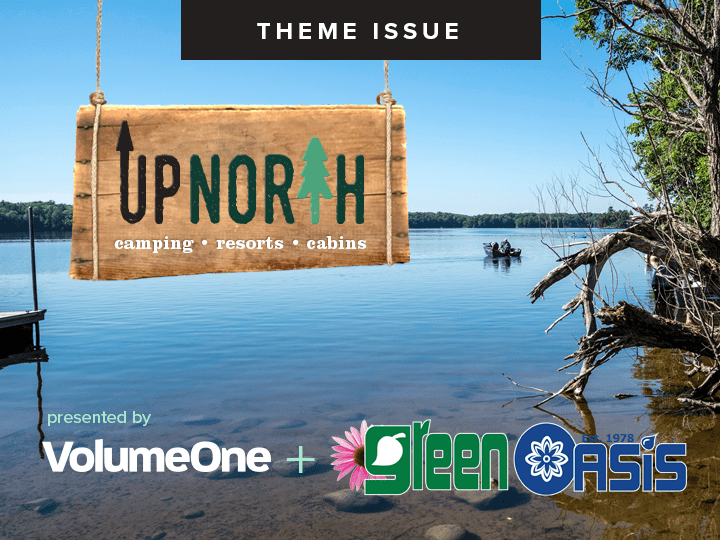 Within These Cabin Walls

First the family built a northwoods retreat. Then they built generations worth of memories. My father, my brother, and I built our cabin the summer between my freshman and sophomore college years. And when I say we built the cabin, I mean my father bought the land, designed the structure, ordered the materials, and did all the carpentry, plumbing, and electrical work. What did my brother and I do? We pounded the nails where Dad told us to pound them. The only things my father hired others to do was build the foundation and put in the well and septic tank.

The cabin is unique in design. It is a barn-shaped, modified A-frame, one-and-a-half story, year-round building that sits on a rise overlooking the 100-acre Flannery Lake, a few miles west of Rhinelander. We lived in the Chicago suburbs at the time and commuted up north a few weekends before finally setting up a tent on the property for most of the project. Once the first floor was built, Dad designed a jig on it to fashion 16 half arches. We bent, glued, and nailed several strips of wood into shape and, once they were done, bracketed them to create eight arches. Once the arches were raised and set in place (with the help of a few neighbors and friends), we built the walls as high as we could reach, put on a layer of insulation, and then the shingles. We next built the second-floor loft, and reaching down over the side and then up, added to the walls, insulation, and shingles. When we couldn’t reach any higher or over the other half of the cabin, we built temporary scaffolding and continued. On the outside, we lashed two ladders together, tied a safety rope around my waist and I nailed most of the remaining shingles near the peak. I couldn’t finish because someone donated a free refrigerator and as I was loading it into the back of our station wagon, it tipped over and broke my foot. I had to watch from the ground as my father and brother capped the cabin.

That was 1975. Dad passed away in 1990. Of all the places on this planet, I feel Dad within these cabin walls more than anywhere else.

In the past four decades, Reid’s Retreat  – as our wooden sign says (Dad made it, of course) – has been the getaway place for not only our immediate family, but also for generations of friends. The traditional activities, true to many northwoods cabin experiences, include swimming, boating, fishing, feeding fish off the dock, sunbathing, reading, storytelling, singing, swinging in the hammock, playing cards, building campfires, and eating spaghetti, pancakes, and s’mores. Over the years, we’ve had rowboats, fishing boats, canoes, kayaks, paddleboats, pontoons, and – as of last year – a stand-up paddleboard. No, we aren’t rich. The rowboat was one Dad hauled up from the bottom of the lake. He patched the big hole that had sent it down to the bottom in the first place, re-painted it, and there we were, off to explore the lake, fish, and catch frogs and turtles. The Reid pontoon boat was two used plastic pontoons fastened to a carpeted decking with a small motor jury-rigged to a steering wheel. Seating was a pair of folding chairs or sitting on life-preservers. The canoe and one fishing boat were bought used, and the paddleboat was a gift. Only the kayaks, one fishing boat, and stand-up paddleboard were new. We love to watch the wildlife with the nesting loons our favorites. We’ve had raccoons in the garbage, bats flying indoors, and bees setting up their colony in the walls. We have deer, bald eagles, herons, Canada geese, ducks and ducklings, frogs, turtles, squirrels, chipmunks, flying squirrels, and many species of freshwater fish snuggle up nice and close to remind us that we are sharing their turf and not the other way around. The mosquitoes are an extra bonus.

We have embraced Rhinelander, the land of Hodags. I recently found out that Eugene Shepard, the man who created the mythical Hodag, used to own our land. I like to think a few of those frog/elephant/dinosaur creatures still roam the woods surrounding the cabin.

We have taken a lot of pictures and lined the walls of the cabin with them. Decades worth. Everyone found in those pictures are not only literarily on the walls, but also within the cabin walls. With Dad.