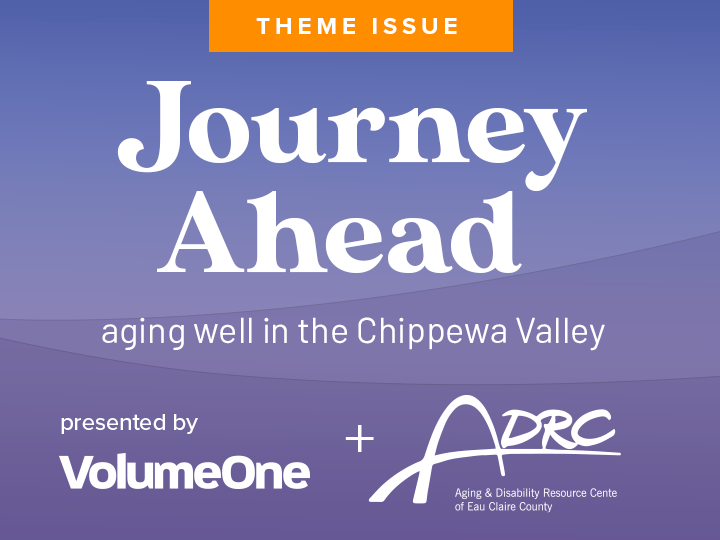 What to Do With Mom’s Good China? 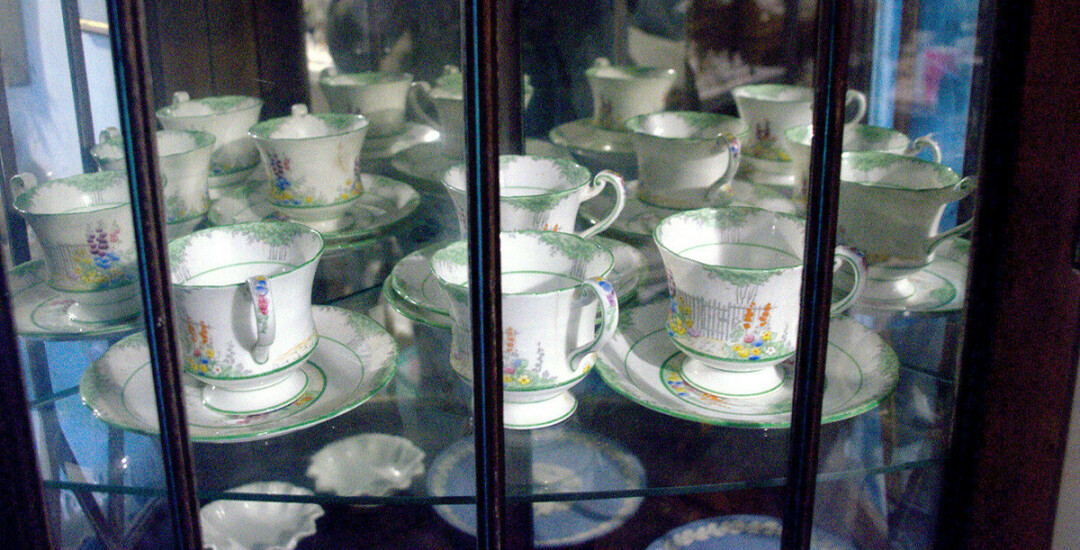 They weren’t anything too special – inexpensive china that said “Japan” on the back – but, to my mom, they meant status. After years of mismatched dishes and a few pretty pieces my father won at the Chippewa fair by throwing nickels, my mother had good china. With her job at Mason Shoe Factory and a house of her own along with a hutch she longed to fill, she was able to fulfill a dream.

The dishes didn’t come all at once. She couldn’t have afforded an entire set. But with the local grocery store offering the dishes as a bonus with groceries and a small amount of money, she could buy them. Week by week in the 1980s, she bought a piece or two when she bought her groceries at the Red Owl Store in Chippewa Falls. First came the plates, then cups and saucers, and finally the complementary dishes like bowls, relish dishes, and a platter. The china was white with green and gold trim. Mom thought it was beautiful.

I remember having just one meal on those dishes. One night my mother invited my sisters and brothers-in-law along with my husband and me for dinner, or supper as she always called it. I recall the main dish being stew, a homely entree only made special by the dishes it was served on. 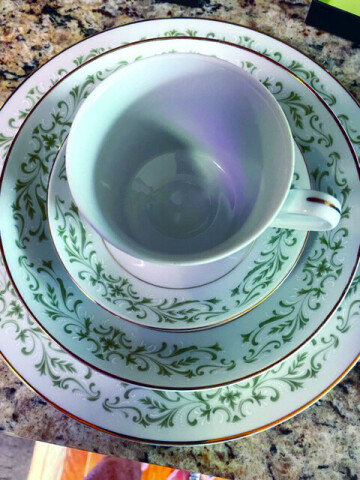 I remember having just one meal on those dishes. One night my mother invited my sisters and brothers-in-law along with my husband and me for dinner, or supper as she always called it. I recall the main dish being stew, a homely entree only made special by the dishes it was served on. After that, the dishes mainly stayed in the hutch so that nothing happened to them. My mother just liked to look at them.

The china languished in the hutch for several years after my mother was gone. My brother had inherited the home in which he and my mother lived. Not too long ago, he was ready to get rid of the hutch with its contents. No one else seemed to want the dishes. But I couldn’t bear to see Mom’s china sold to anyone else. So I took them.

I knew what a treasure they had been but wondered what I would do with them since I already had two sets. And where would they go after me? The younger generation seems to be more interested in kayaks and bikes than dishes, knickknacks, and such. But I thought I might know the answer. My second-oldest granddaughter, MacKenzie, has a tender heart and recently purchased her first home. So I took a chance and contacted her, telling her of the china’s importance to her great-grandmother and asking her if she would like it while reassuring her that she didn’t need to take it if she wasn’t interested.  Her response was, “I don’t know how often I’ll use it, but it will be safe with me.”

That was all I needed to know. The dishes are packed and on their way to Alabama. Mom would be so pleased.

Connie Russell was born and raised in the Chippewa Valley, working in the Eau Claire Area School District for 25 years. She has published her memoir, Happily Ever After, as well as articles in Volume One and Chippewa Valley Family.