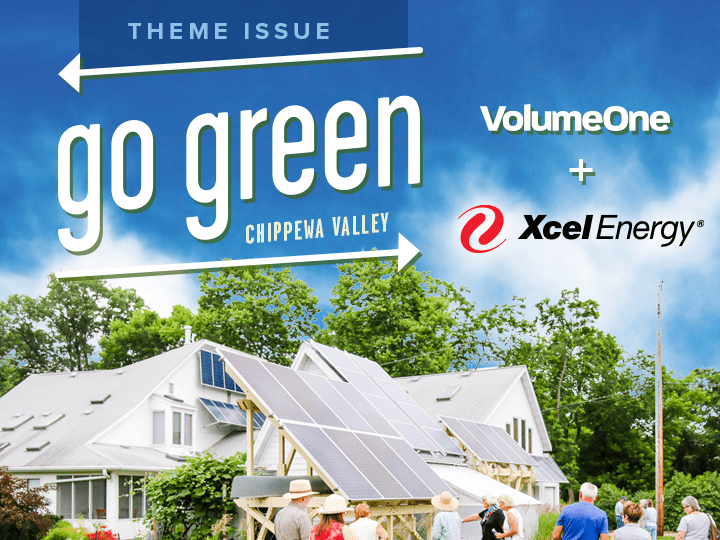 The Economics of Eating

On July 17, Gov. Jim Doyle visited a packed audience at Eau Claire’s Sacred Heart Hospital to announce the recipients of $225,000 in grants to increase local food sales as part of the new Buy Local, Buy Wisconsin program. While the crowd included farmers that make their living selling food throughout the area, businesses interested in purchasing more locally grown food, and residents that simply wanted to learn more about the market for local foods, University of Wisconsin-Eau Claire economics assistant professor Eric Jamelske was in attendance to learn how the announcement might apply to his own research on the Wisconsin Local Foods Project.

The project is through the UW-Eau Claire Center for Economic Research and Development (CVCERD), an entity that provides local and regional economic data, research, and analysis to foster economic development in the region. Jamelske and UW-Eau Claire students have partnered with the University of Wisconsin-Extension to complete a series of research projects in an effort to analyze local food systems – a timely project, as the team’s research has shown that there is already significant support to strengthen the current local food system throughout western Wisconsin.

“Now is the time to study the impact of local foods,” says Jamelske, explaining that the current “economic situation” has caused people to rethink the way they consume everything, including food. Many eyes are now opening to the positive impact local food purchases have on one’s health and wellness, the local economy, and the environment.

Thanks to a $10,000 grant the project received in the summer of 2007, Jamelske and his team are trying to figure out what local foods are consumed in this region, why they are consumed here, and exactly how the purchase of those foods affect consumers’ lifestyle decisions. Although the team is simply trying to gather as much information on local foods as possible right now, their findings – which will be presented in a formal report this fall – will contribute to existing efforts aimed at increasing local food purchasing and consumption in the area.

“Eventually, our findings will contribute to a larger effort to increase support of local food systems,” says Jamelske, explaining that their work will hopefully shed light on the importance of local food consumption. “For now, we are collecting as much information as possible.”

To achieve their goal, Jamelske and his team have surveyed the “farm-to-school” and “farm-to-college” practices of local school districts of colleges. While the data they collected informed them of specific financial and awareness issues that these entities consider when purchasing food the team is now ready to move on to the third phase of their research: a survey of local households.

“We want to know what people consider when deciding where to shop for food,” said Jamelske. He explained that the team is well aware of the basic factors that impact one’s decision to buy local food – most of it tends to be pricier, and may take multiple trips – and it is this decision of time versus money that interests them: these factors will help them figure out why people buy what they do.

This online survey, which questions the extent to which households purchase and consume local foods, is open to residents of Eau Claire, Chippewa, Dunn, Clark, Taylor, Rusk, Barron, Polk, St. Croix, Pierce, Pepin, Buffalo, and Trempealeau counties through August. Those who donate their time to participate are entered to win one $100 prize or five $50 prizes.

If the Wisconsin Local Foods Project is successful, recipients of Doyle’s Buy Local, Buy Wisconsin grant will be the first of many more.

“We want to get people thinking about local food,” says Jamelske. “No matter who you are or what your economic situation is, you have to eat.”

Take the survey at www.uwec.edu/econ/lfsurvey.htm.