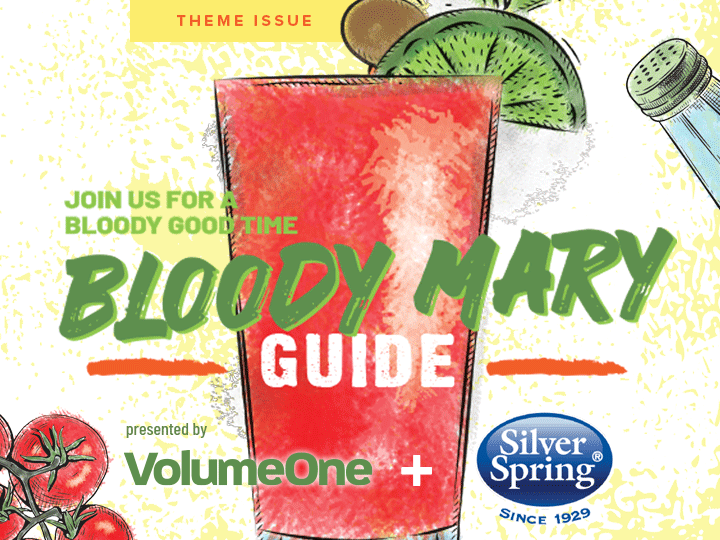 There’s Something About (Bloody) Mary

a brief history of the drink that eats like a meal 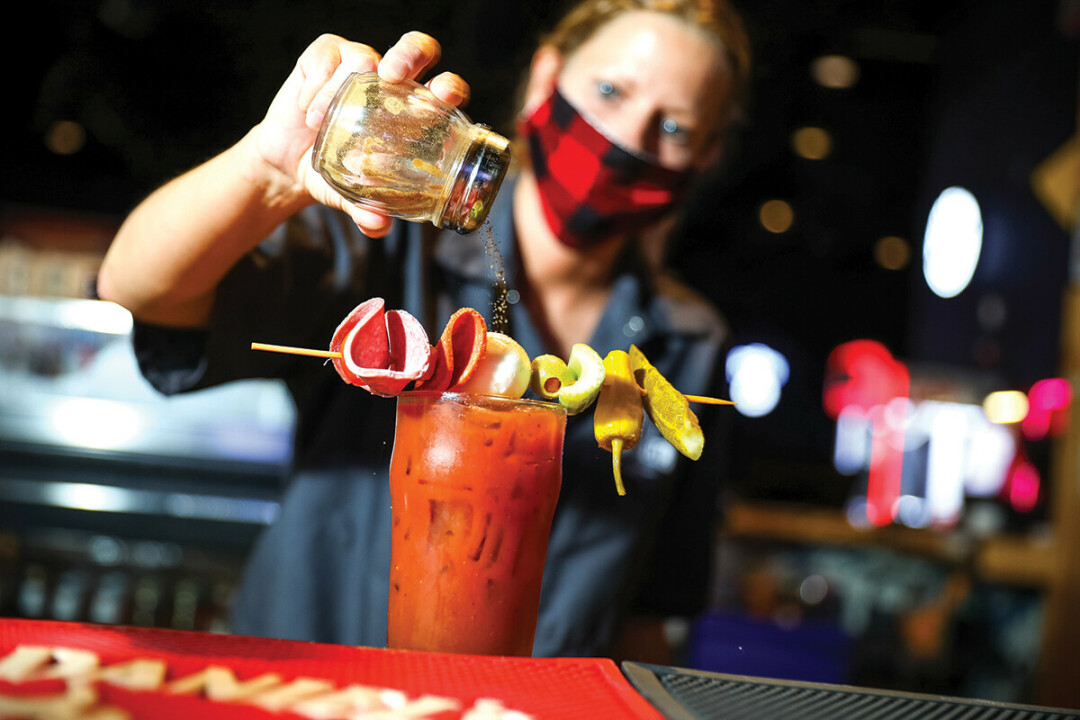 SHAKE IT ON. Making a Bloody Mary at Stout Craft Co. in Menomonie.

Now that we’ve spent a whole special section of this magazine extolling the virtues of this classic cocktail, you may be wondering about a few very basic things: Namely, where did the Bloody Mary come from? And why is it called the Bloody Mary in the first place?

Those are excellent questions, which in this case is code for “hard-to-answer questions.” Since we’re relaxed and belly up to the bar, let’s have a history lesson, shall we? And like any good lesson at a bar, this one is filled with potential misinformation and is subject to correction and/or argumentation.

There are several tales associated with the original of the Bloody Mary. According to one of the most persistent, it was the creation of a French bartender, Fernand Petiot, who worked at a Paris bar confusingly named the New York Bar (and later named Harry’s Bar). Supposedly, in the 1920s Petiot mixed vodka and tomato juice — no pickles or horseradish or mini burgers on sticks yet — and dubbed it the Bucket of Blood. Petiot later moved to the United States and brought the drink with him, although for a time it was made with gin, not vodka (that’s what is now called a Red Snapper). Separately, comedian George Jessel claimed to have invented the drink in the 1930s, while a bartender at the 21 Club in New York also supposedly first mixed up the Bloody during that decade.

“I cover the bottom of the (cocktail) shaker with four large dashes of salt, two dashes of black pepper, two dashes of cayenne pepper, and a layer of Worcestershire sauce; I then add a dash of lemon juice and some cracked ice, put in two ounces of vodka and two ounces of thick tomato juice, shake, strain, and pour.” –Fernand Petiot, on the Bloody Mary, which he purportedly invented

According to the book Boozy Brunch: The Quintessential Guide to Daytime Drinking by Peter Joseph, Petiot is the drink’s definitive inventor. In the 1960s, he described his creation like this: “I cover the bottom of the (cocktail) shaker with four large dashes of salt, two dashes of black pepper, two dashes of cayenne pepper, and a layer of Worcestershire sauce; I then add a dash of lemon juice and some cracked ice, put in two ounces of vodka and two ounces of thick tomato juice, shake, strain, and pour.”

That sounds pretty close to a modern recipe, but variations have abounded over the years. As Joseph writes, “The Bloody Mary is a drink meant to be tinkered with, as it has been since it arrived in the States.”

So who was Mary? Once of Petiot’s customers allegedly said the new drink reminded him of his girlfriend, named Mary, who he met at a cabaret called the Bucket of Blood. Other sources claim the Bucket of Bloody was a bar in Chicago with a waitress named Mary. Or maybe the inspiration was Mary Pickford, Hollywood star of the era. Or maybe it’s an homage to Mary I of England, dubbed “Bloody Mary” for slaughtering religious opponents. (Spicy behavior, to be sure.)

The true story is that we probably will never know the true story. Whoever Mary was, she had a face that launched a thousand variations, and that’s to the benefit of all of us who love our alcohol with a side of tomato juice, spice, and anything else a creative bartender cares to add.

Bloody Mary Guide is presented by:

Bloody Mary Guide is presented by: