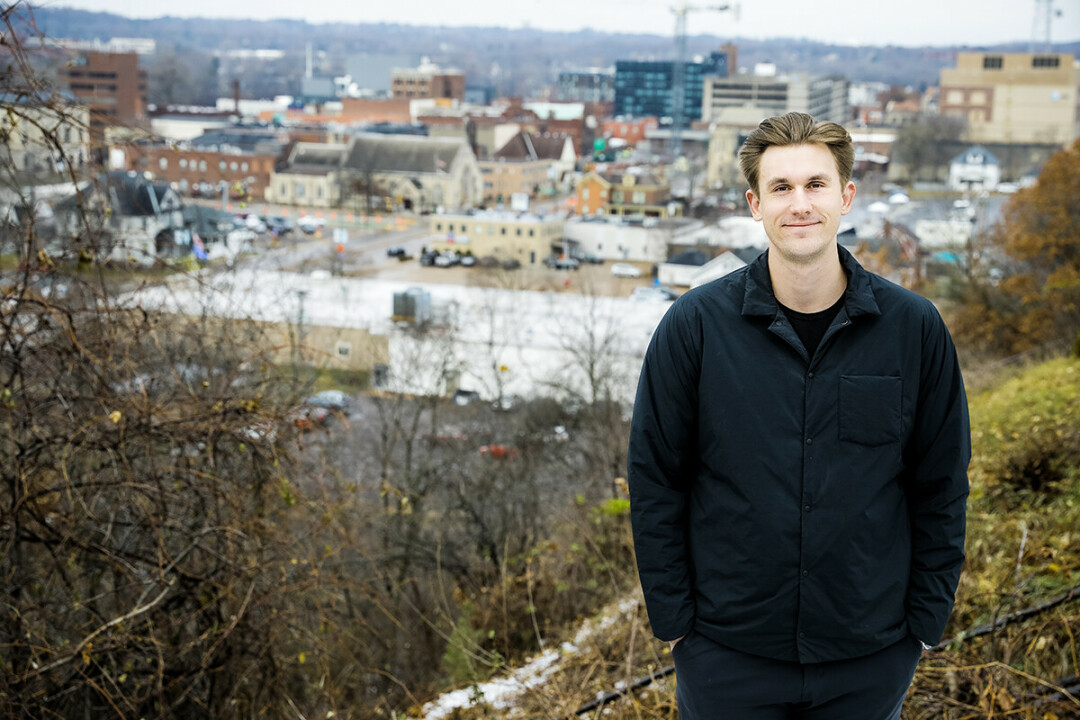 Plewa is founder of Village.com, a startup software platform designed to make it easy for providers of extracurricular activities – such as music teachers, sports teams, summer camps, STEM classes, and more – to register kids, collect payments, and find new clients.

Village describes itself as point-of-sale software for extracurricular classes, and it employs the same technology used to sell things online (think Amazon or Shopify) and applies it to connecting kids with classes.

“I’ve been calling it an Iron Man suit for these heroes that are really not oftentimes good business people, but they’re really good teachers,” said Plewa, who founded Village two years ago. “And so we need to build a system that could help streamline everything from getting a website out to collecting point-of-sale (information), managing rosters, and even the communication with families.”

Village was partly inspired by Plewa’s own youth in the Chippewa Valley. He was homeschooled, then attended seventh through 12th grades at Wildlands School, a project-based learning public charter school at Beaver Creek Reserve. Through it all, he received a great deal of his education outside the classroom through camps, lessons, and other programs, and went on to be a camp counselor himself. These experiences gave him an appreciation of the importance of outside-the-classroom learning as well as an understanding of the hassles involved with registering kids, collecting payments, and the like.

As much as I loved working with kids, I hated how hard it was to recruit families and keep track of their information.

“As much as I loved working with kids, I hated how hard it was to recruit families and keep track of their information,” Plewa says in a promotional video.

Originally, Village was conceived as a one-stop-shop to connect program providers and children. Plewa assumed the website would merely have to link to the software that providers were already using. Ultimately, however, he realized that wasn’t easily possible.

Over the past year, Village began to adapt to provide an easy-to-use, all-encompassing registration platform for these teachers and providers. Making the process easier for providers, Plewa reasons, will free up their time and encourage them to offer more opportunities for kids.

Local providers who have signed up for the platform include Power of Perception, a mentoring program for African-American youth; sports programs like I AM Elite Track and Field and Shag Academy; creative endeavors like Holli Jacobson Art and The Aviary Studio; and more. 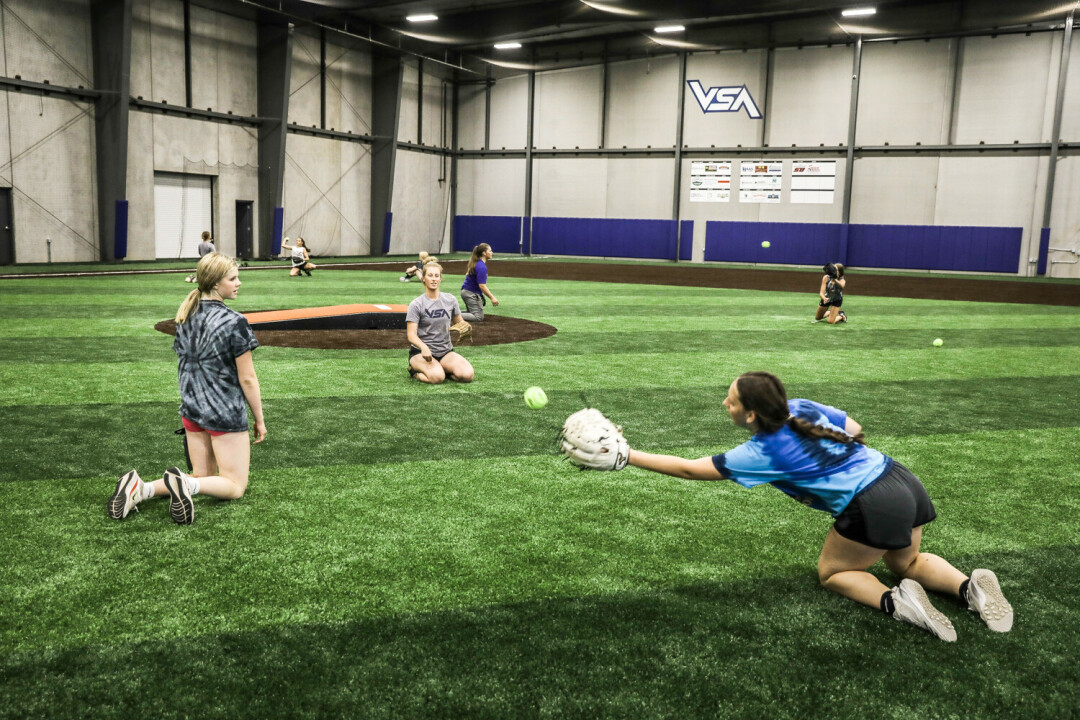 Valley Sports Academy in Lake Hallie expects to use Village in some capacity.

In addition to working with his four-member team building the platform, Plewa has spent the past year working with providers and potential investors. This summer, Village obtained $1.2 million in funding, led by an investment from Brian Seubert, who operates multiple Chippewa Valley businesses, including Valley Sports Academy in Lake Hallie. Plewa describes VSA as a potential “flagship provider” for Village.

VSA offers training in multiple sports – including hockey, soccer, baseball, and softball – as well as clinics, camps, tournaments, leagues, and more. Chase Hoople, general manager of VSA, says the training academy already uses another kind of software, but adds that it expects to use Village in the future in some capacity. “With everything we have to offer VSA and all our facilities it was complicated to find a compatible software,” he said.

“Village will give VSA another avenue of getting our name out there and getting new clients in the building,” Hoople said.

Plewa said that in mid-November, 11 providers were using the platform. By mid-December, after a few weeks of beta testing, 30 new providers in five states were in various stages of onboarding to the website. 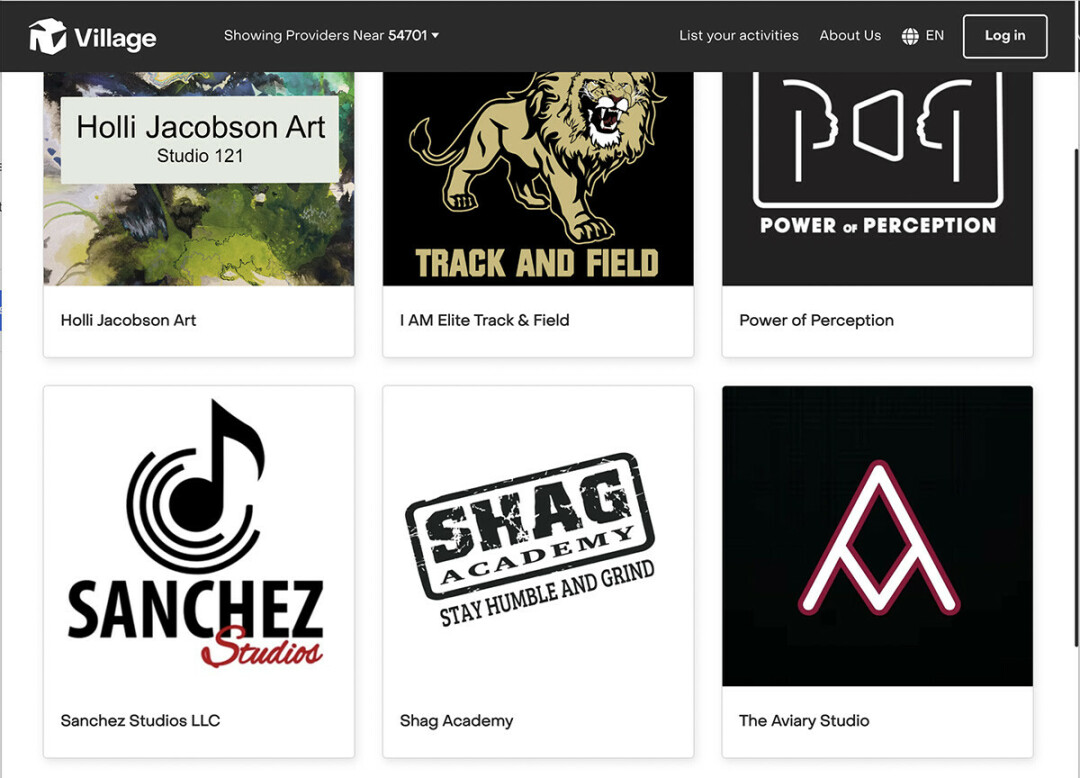 Over the past year, Village has been pursuing a bottom-up approach to serving providers in Eau Claire, Plewa said, with the idea that the city can serve as a model. Then, as the software platform expands to other communities, a more efficient top-down approach can be used, Plewa hopes. (Other businesses – such as Airbnb – followed a similar path, he added.)

Village is free to use for providers, and plans to make money by keeping 5% of the fees collected through the platform. “What we liked about that pricing model was we don’t make money unless they make money,” Plewa said.

Because of this approach, providers can offer free programs without paying Village any fees. As Village grows, Plewa is also eager to help pay for classes for low-income families with the help of grant funds, opening up out-of-school education to more kids.

“We’re selling something that people definitely need,” Plewa says, before adding that he’s somewhat uncomfortable with the term “selling.”

“I think of it more as a public service than a commodity,” he says. “We just had to build a business to make it happen.”

Learn more about Village at village.com.