Stitched Together With Love, Memory Bears Help Remember Loved Ones 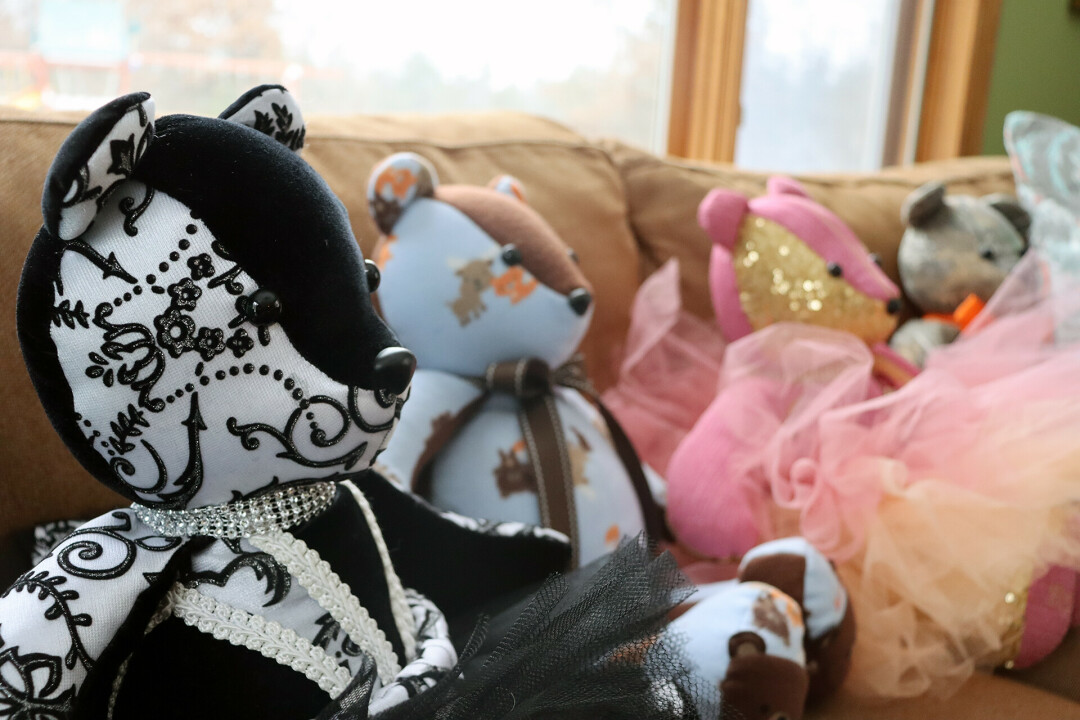 MORE THAN JUST A TEDDY. Memory bears are made from a variety of different materials, from shirts to tutus.

Though memories of loved ones who have been lost may fade with time, having something physical to hold onto can help family members remember the good times of days passed.

Memory bears are stuffed teddy bears created using repurposed pieces of clothing, fabric, or other materials that are incorporated into the stuffed animal. They're often gifted as a way to commemorate special occasions, such as weddings or anniversaries, but are most commonly created to remember a family member who has passed on using pieces of their clothing.

And, in recent years, a number of businesses have devoted themselves to the creation of these bears in Eau Claire, illustrating the demand for such heartfelt keepsakes. 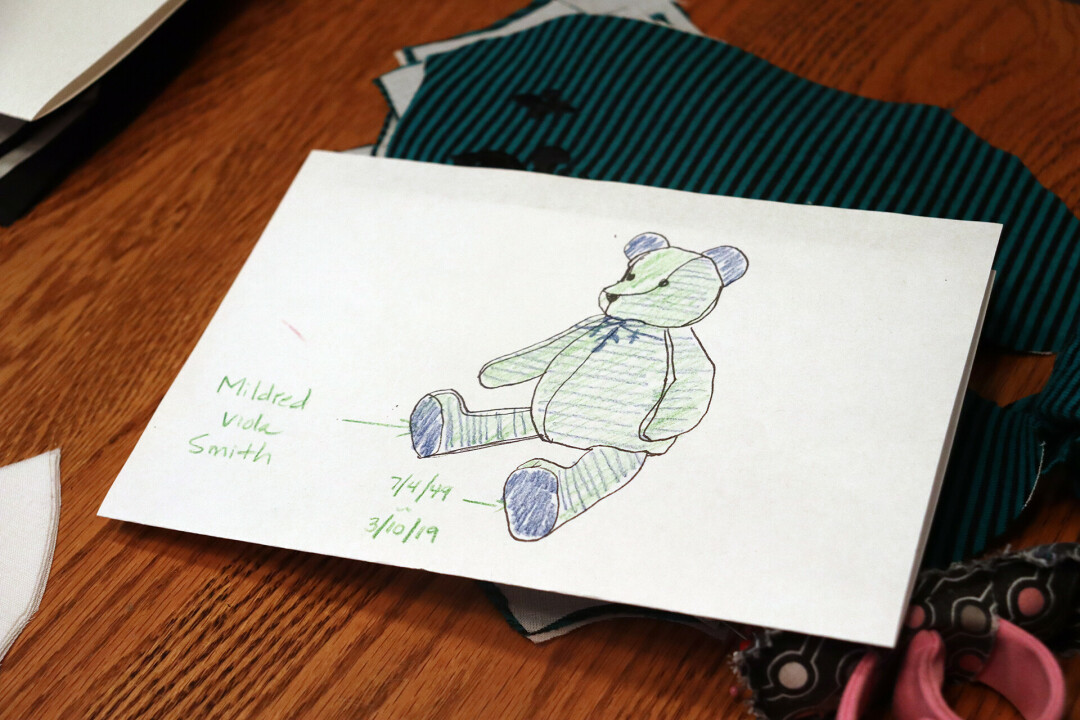 Julie Konzen, a physical therapist at HSHS St. Joseph’s Hospital, established her side business Legacy Memory Bears in 2018. Since then, she has created more than 400 bears for orders in 36 different states as well as Canada. Her love for the craft began in 2014 when her mother-in-law passed away, and a number of bears were produced from her clothing, which were distributed to members of the mourning family.

“It’s very personally rewarding to help people hang onto a piece of their loved one,” Konzen said. “These are clothing items that the person wore at one time, and I don’t take that lightly. These are gifts that people will cherish for a lifetime, so I take the responsibility of handling those memories very seriously.”

A true trailblazer in the memory bear industry, Debra Eichelberger has operated Honey Bears by Debbie in the area since 1989, piecing together bears in her Eau Claire home for more than 30 years.

These are gifts that people will cherish for a lifetime, so I take the responsibility of handling those memories very seriously.

“They’re a great reminder of memories gone by,” Eichelberger said. “It something tangible that you can touch and feel, instead of throwing the item in your closet and spend(ing) countless hours wondering what to do with it.”

The bears not only leave a lasting impression on the recipients; they impact the creators, too, business owners shared. 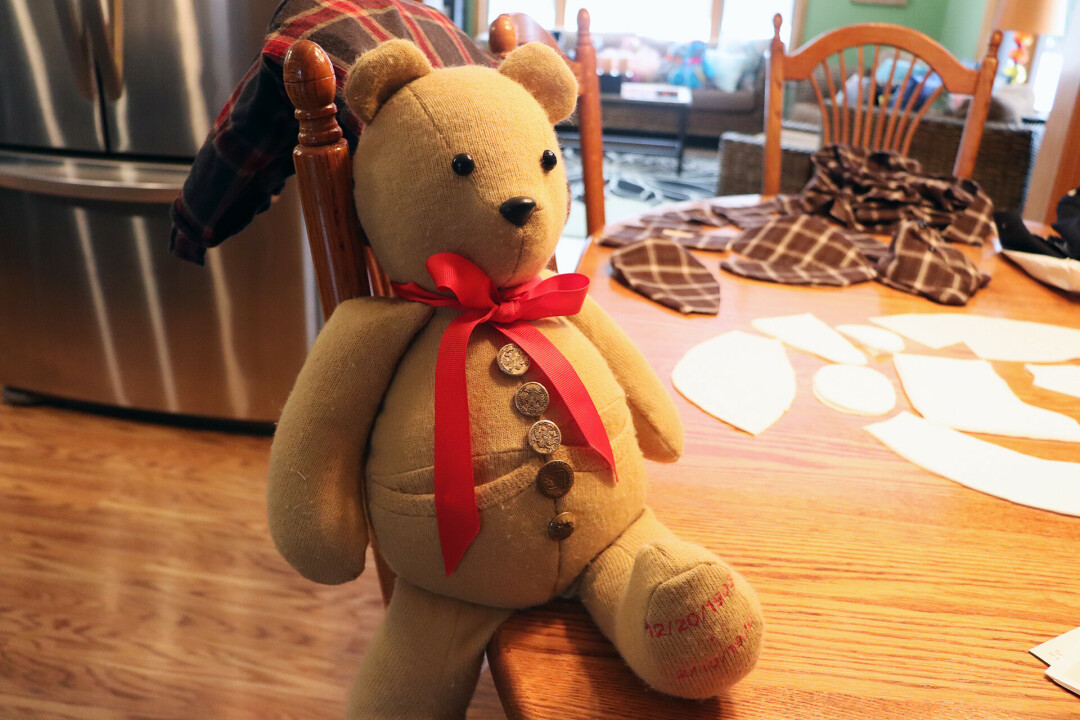 Konzen remembers creating a bear for a young widow who had just lost her husband. The couple shared two infant sons at the time of his passing, so the bear she created was a collage of the different rock band shirts he used to religiously wear.

Through the creation of hundreds of bears, Eichelberger clearly recounts making bears for families who have lost grandparents, sons, daughters, and even many bears for those who are still living but want to ensure the memories they make are still celebrated. 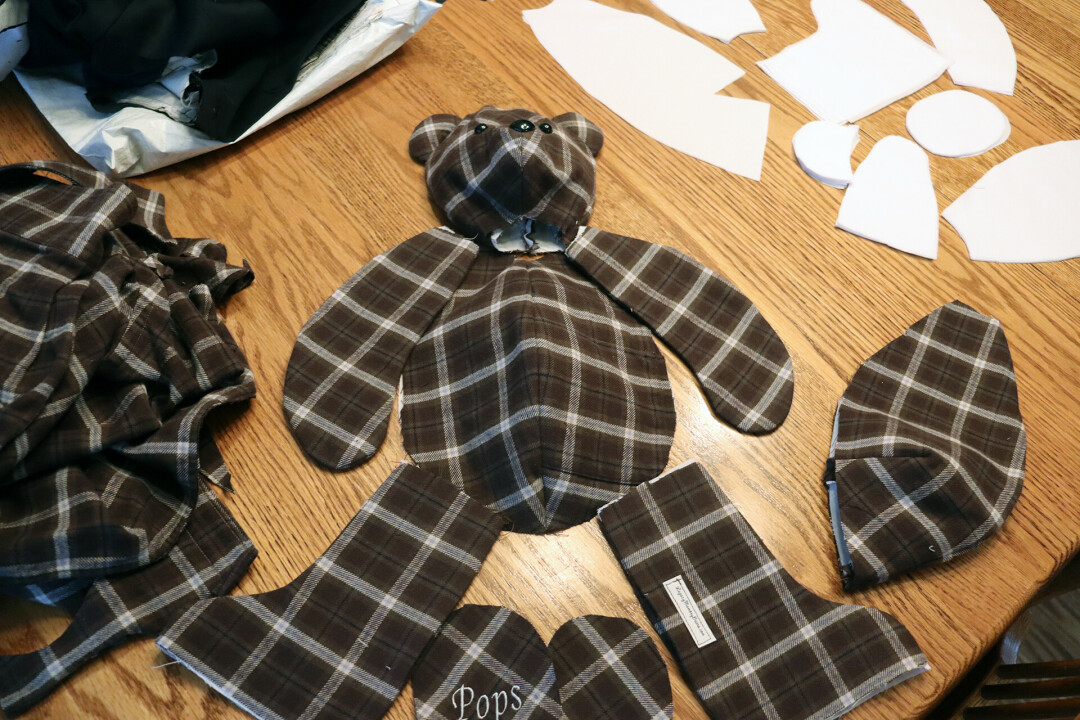 Jill Higley, the owner of JMH Crafts Memory Bears & Keepsakes, is new to the business of memory bears, but the craft has already had a profound impact on her psyche.

In 2017, Higley lost her father and within a 10-month span she lost her mother in 2018, inspiring her to create memory bears to hold onto their memory as long as possible. After crafting those initial bears, she was inspired to start her own business and pay that sense of peace forward. In 2021 she crafted 189 keepsakes, including memory bears, ornaments, pillows, and blankets.

“While dealing with that loss, I found it incredibly comfortable to have something to hold onto, to hug, or to talk to,” Higley said. “It doesn’t replace the person you’ve lost, but it gives you a bit of comfort when you need it. They can’t hug you back, but they receive hugs pretty darn well.”