Picking Up the Pace: Andante Development Begins in Downtown EC 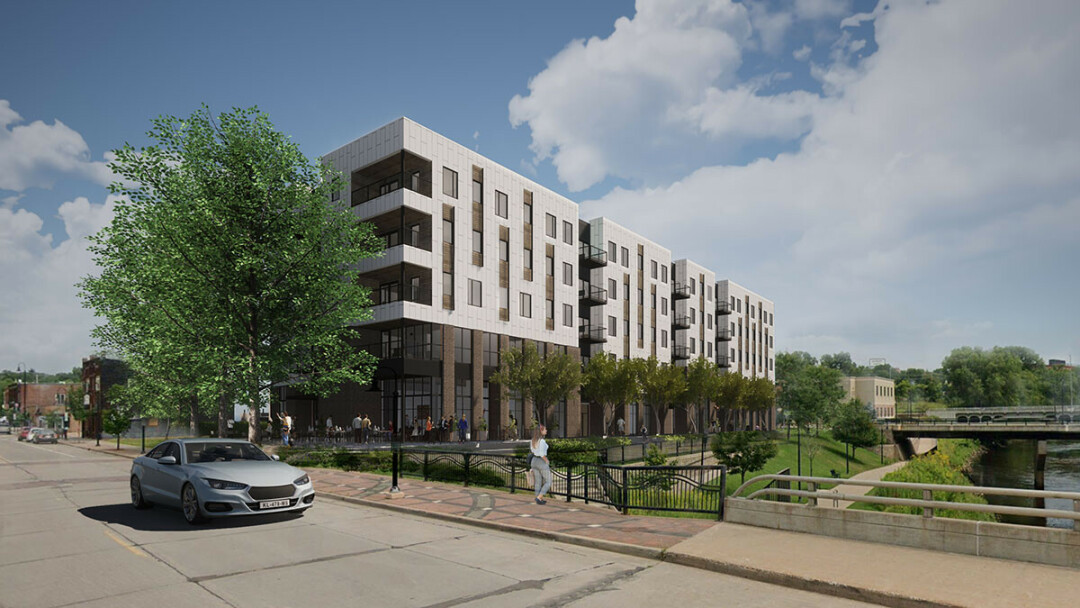 TIME FOR A WALK. Andante Eau Claire, shown in this interesting conceptual rendering where cars drive down the opposite side of the street with European-style license plates, is a mixed-use development now under construction in downtown Eau Claire. It will overlook the Eau Claire River and trail system to the South. (Submitted image)

For those who understand musical notation – or speak Italian – “Andante” means “at a walking pace.” It’s also the name of five-story mixed-use development poised to rise in the coming months between North Barstow and Farwell streets in downtown Eau Claire.

The name is both a nod to Eau Claire’s musical culture and a reference to the fact the building’s future residents will be within walking distance of numerous offices, restaurants, entertainment venues, and other amenities: Phoenix Park, for example, is just two blocks away.

Starting in mid-April, the pace of development became more of a jog than a stroll: The day following a ceremonial groundbreaking on April 14, backhoes were digging up the site, a former city parking lot – often called the “Railroad Lot” – on the south side of a commercial block that includes Galloway Grill and Scooter’s.

The swift transformation from quiet blacktop parking lot to bustling construction site seemed symbolic of the springtime burst of construction that has followed a yearlong COVID-connected lull.

“It’s a different kind of product than what has been developed in Eau Claire to date,” said Joy Hannemann, a partner with Merge Urban Development Group, the Madison- and Cedar Falls, Iowa, firm behind the project. Hannemann, a UW-Eau Claire graduate, said Eau Claire was the No. 1 city she wanted to pursue a project in after Merge was formed a few years ago. 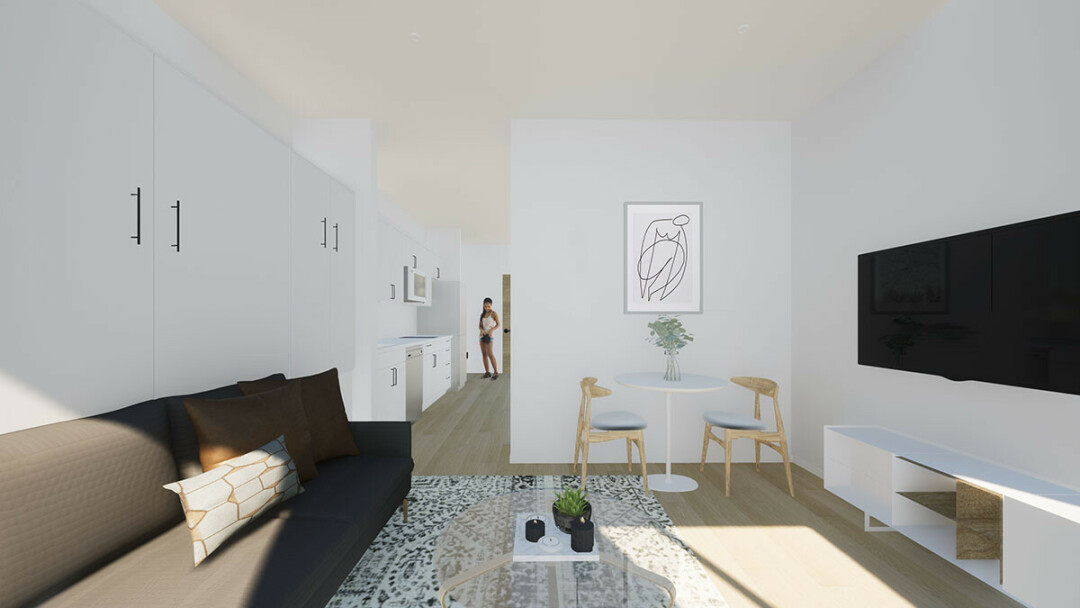 Andante will include studio, one-bedroom, and two-bedroom apartments. (Submitted image)

During the groundbreaking, Interim City Manager Dave Solberg welcomed Merge to Eau Claire and expressed hope they would pursue other developments in the city. “This project will help the community connect with each other,” he said. “It will help the community connect with the water.” Andante’s south side will face the Eau Claire River, and plans call for a publicly accessible riverfront promenade connected to the city trail that runs alongside the river.

Construction is expected to take approximately 14 months, with an opening slated for the summer of 2022.

The entire building will encompass nearly 90,000 square feet. The first floor will include 8,000 square feet of commercial space, including an anchor unit facing North Barstow Street that would be ideal for a restaurant, Hannemann said. There would also be three micro-retail units.

On the upper floors, 76 residential units will include 28 fully-furnished studios (a rarity in Eau Claire), 32 one-bedroom units, 16 two-bedroom apartments. 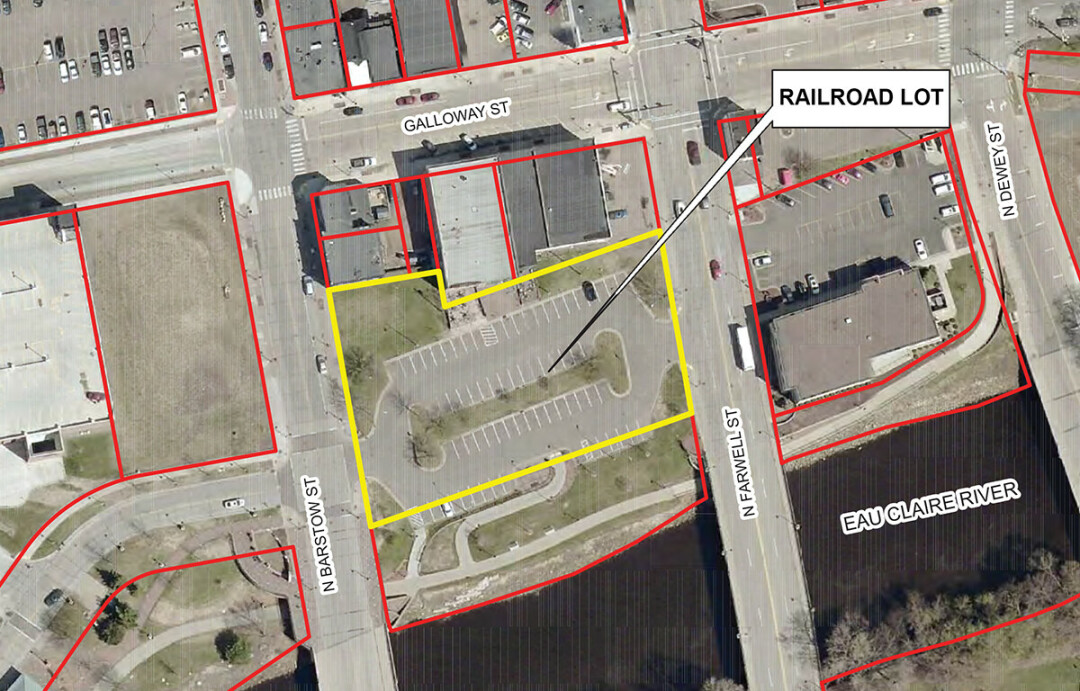 The so-called Railroad Lot between North Barstow and Farwell streets.

The apartments will appeal to single people as well as empty nesters, Hannemann said. Rents will be at a market rate, she said. However, Merge is working with the city to iron out the details of another project that is expected to offer apartments affordable by people with low incomes: Merge is in negotiations to build another mixed-use development that would include a city transit center, apartments, and parking.

And Andante isn’t the only multistory apartment development to break ground along Farwell Street this spring. Seven blocks to the south, JCap recently began construction on Wilson Square, a five-story building that will include 115 market-rate units.

Learn more about the Andante development at andanteec.com.