SOME OF THESE THINGS ARE NOT LIKE THE OTHERS. Avenue Q, CVTG’s latest show, has won Tony awards for Best Musical, Best Book and Best Original Score.

As we’re jumping into summer, CVTG will be bringing us a new, interesting show to accompany the season. Opening May 30 the Chippewa Valley Theatre Guild will be putting on the Tony award winning musical, Avenue Q. The show has also been noted for being one of the longest running shows on Broadway, opening off-Broadway before moving onto the big stage and running through 2009.

Avenue Q is set in an outer borough of New York City on a fictional street. The main character, Princeton, a recent college grad, has just moved to the area and begins to deal with the normal anxieties of life after graduation. While living on Avenue Q Princeton meets some wily characters that help him deal with these anxieties that they themselves are also dealing with. 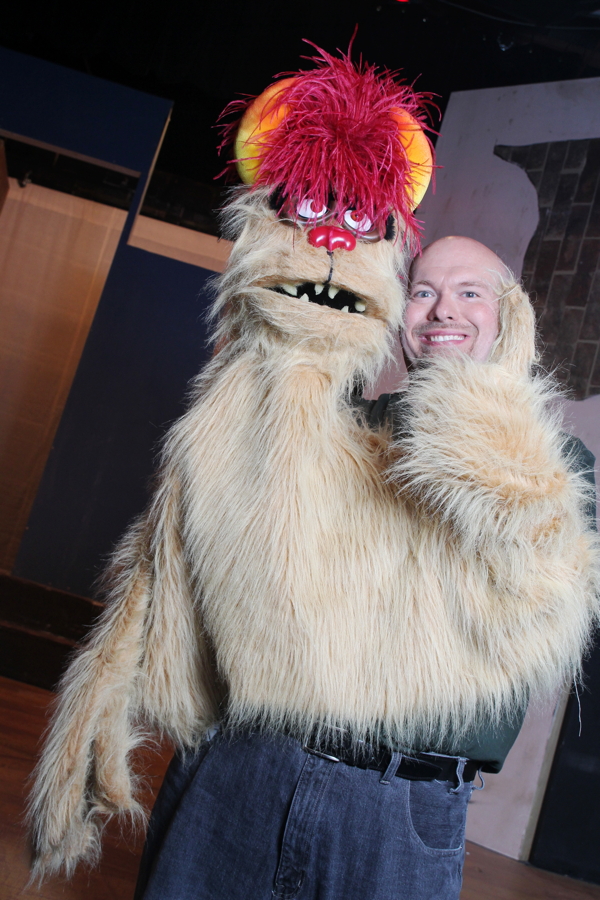 A unique aspect of the show is that some of the characters are portrayed as puppets. The puppeteers commanding the puppets will be right on stage in plain view of the audience, but not interacting with the scene. As it embodies an adult version of Sesame Street the show allows puppets and other actors to interact with one another. Designed to take the surreal effect of the children’s show Sesame Street and reflect it into the real world the show offers great insight into dealing with the realization of being “normal” or not “special” as these children’s television shows would have you believe.

“Although the show addresses adult themes, it is similar to the beloved children’s show where monsters are good and life lessons are learned,” Ann Sessions, Executive Director of CVTG said about the show. Sessions believes that the show addresses many of the concerns college graduates today deal with. She continues, “they have discovered to their surprise and dismay that in the real world their options are limited, and they may be no more “special” than anyone else.”

Founder of CVTG, Bob Carr will be directing the show and is ecstatic about it. At the age of 69, Carr recently played the Wizard in The Wizard Of Oz last year in another of CVTG’s productions and has been directing and acting in other shows for quite some time.

Avenue Q is a hilarious comedy featuring variety of spontaneous singing and dancing. In 2004 this cultivated to win the Tony award Triple Crown in Best Musical, Best Book and Best Original Score. Be sure to catch at least one of these shows as it will be an extremely entertaining show with a lot of laughs.