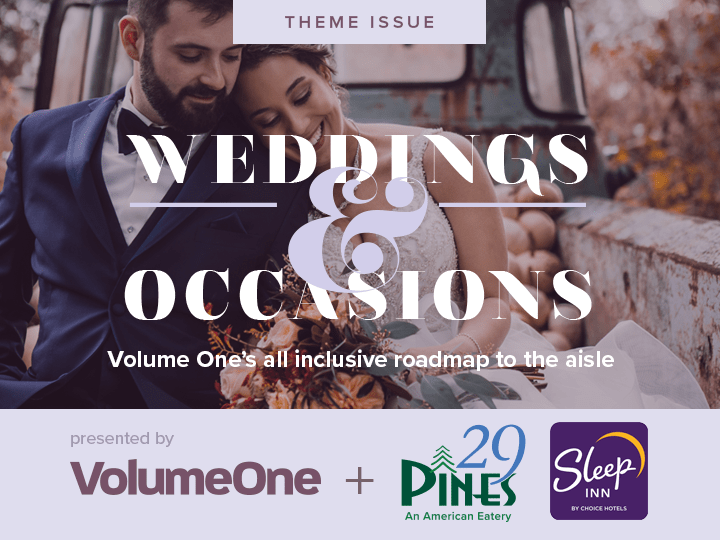 In Wisconsin Can You Really Marry Your House?

A bunch of trivia websites claim you can do just that. We found out the truth. While researching Wisconsin wedding laws (and by “researching” I mean “googling”) a year ago, I kept running across one of those “unbelievable but true” factoids that I decided was truly unbelievable. Reproduced on numerous websites and blogs with names like “Wacky Laws” and “Amazing Facts” I found variations on the following statement: “In Wisconsin you are allowed to marry your house.”

Sometimes, this assertion stood alone. At other times, it was followed by a quip of some kind making uncomfortable insinuations about where Wisconsinites place their affections. For instance, a writer for MyWedding.com opined the following: “With this in mind, you might want to be skeptical of any Wisconsin residents who tell you ‘yep, she’s a beauty’ while pointing proudly at their homes!” (Yuk, yuk, yuk!)

While I’m admittedly a lover of trivia, I’m also a skeptic. So I sought out the state laws that govern marriage (thanks again, Google!) to see if I could disprove this bit of trivia. As I suspected, a quick skim and word search of the statutes failed to turn up any references to shacking up with a shack (so to speak). Under Wisconsin law, you’ve got to be 18 years old (or 16 with your parents’ permission) to get married, you’ve got to be divorced from your previous spouse, and – as far as I can tell – you’ve got to be a human being.

So where did this crazy notion, so gullibly repeated across the Internet, come from? Was there somehow a kernel of truth in it? Was there case law written by some judge sometime in Wisconsin’s history that somehow hinted at a right to exchange rings with your domicile? I turned to the Wisconsin State Law Library in Madison for help.

The response was swift. “I have not been able to find a current law or case that claims that it is legal to marry a house,” replied Carol Hassler, Web services library at the law library. “One theory that librarians here have discussed is that ‘marrying the house’ was a phrase discussed in relation to Wisconsin’s marital property act.” (That law, passed in 1986, basically says that what a couple acquires during their marriage belongs to them both equally.)

The librarians’ assumption seemed reasonable to me: Perhaps some trivia-hunting writer took the phrase “marrying the house” – i.e., marrying someone for his or her wealth – a bit too literally.

Hassler continued: “While sometimes these ‘weird laws’ sites can refer to local ordinances (but say in general ‘In Wisconsin it’s legal to...’), it seems far-fetched to me that a municipality or county would pass such an ordinance concerning property and marriage.” In other words, this piece of trivia is simply a piece of fiction. Or, to put it more broadly, don’t believe everything you read on the Internet – especially when it comes to the laws governing one of the most important decisions you’ll ever make.