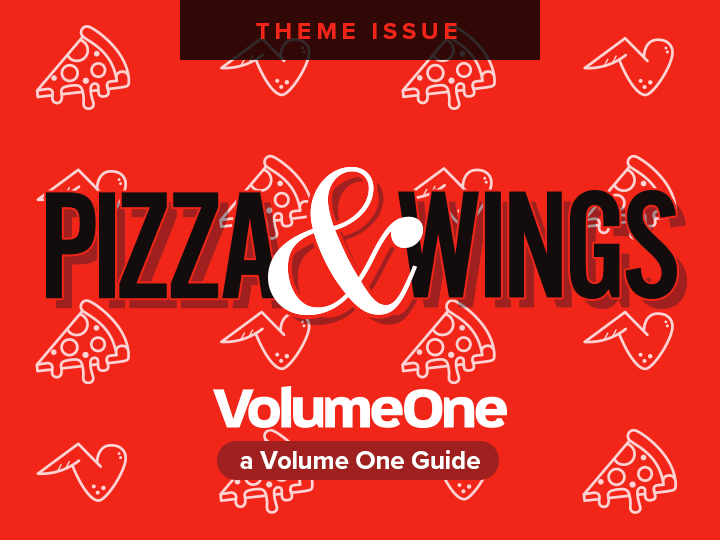 we’ve got burger joints and watering holes galore, but don’t sleep on the pizza

The Valley’s food scene has a little bit of everything: delectable sushi and Japanese-inspired food, meals on wheels thanks to food trucks, good ol’ American-style bar food, and more. One thing that the Valley’s eateries really get right, though, is the pizza. There’s something, somewhere, for everyone, and although we couldn’t get around to every place to try their pizzas (if anyone would like to offer this challenge to us though, please do), we did get glorious glimpses of some of the most unique and tasty pies in the area. 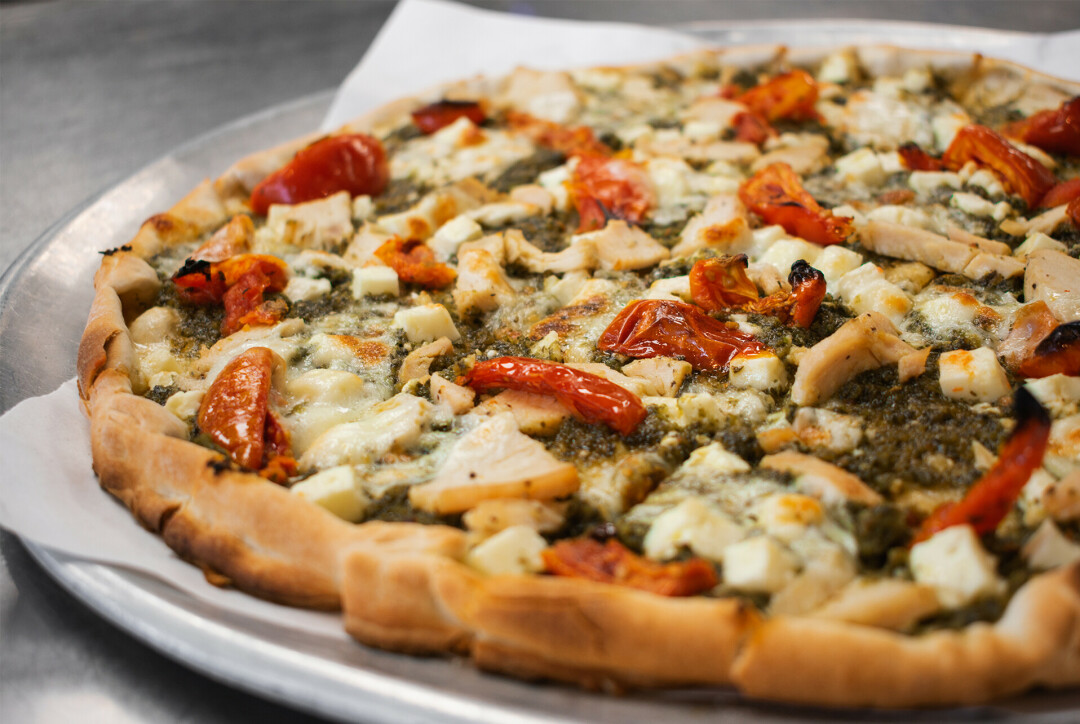 This mouthwatering pie is named after the owner’s mom, which explains why it’s so dang good: the secret ingredient must be a mother’s love. Ted’s has been a total staple in the Valley area since it began serving up za in the Menomonie area in 1970 and has been in its current building since 2000. For the weaklings who think cilantro tastes like soap, this one won’t be for you, but for the rest of us, the more, the merrier! The tang from the roasted tomatoes lifts the smattering of feta cheese, and its glorious color nearly steals the show from the show stopping sauce – nearly. The four-pepper cilantro sauce peaks through the cheese and envelopes the chicken too, all resting atop classic Ted’s dough. Mmmmm. 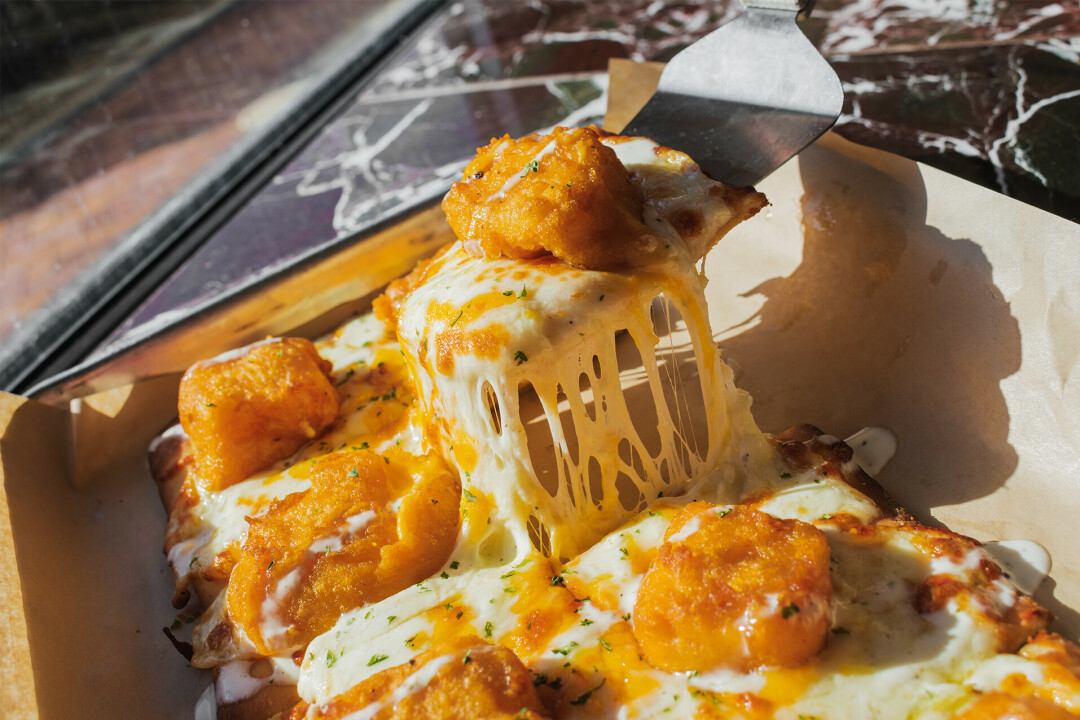 It’s exactly what you think it is, and thankfully so. The District Pub & Grill has a wide variety of grub on its menu, including a pizza and flatbread section offering a dozen specialty pies plus the option to build your own. What would a Wisco za roundup be though without a cheese curd appearance? The District’s Cheese Curd Pizza has big ol’ deep-fried-to-glory curds atop each individual slice, a wonderfully swirled blend of mozzarella and cheddar cheese serving as its base. With a ranch sauce simmering under the surface, this is certainly not for the faint of heart (or the lactose intolerant). 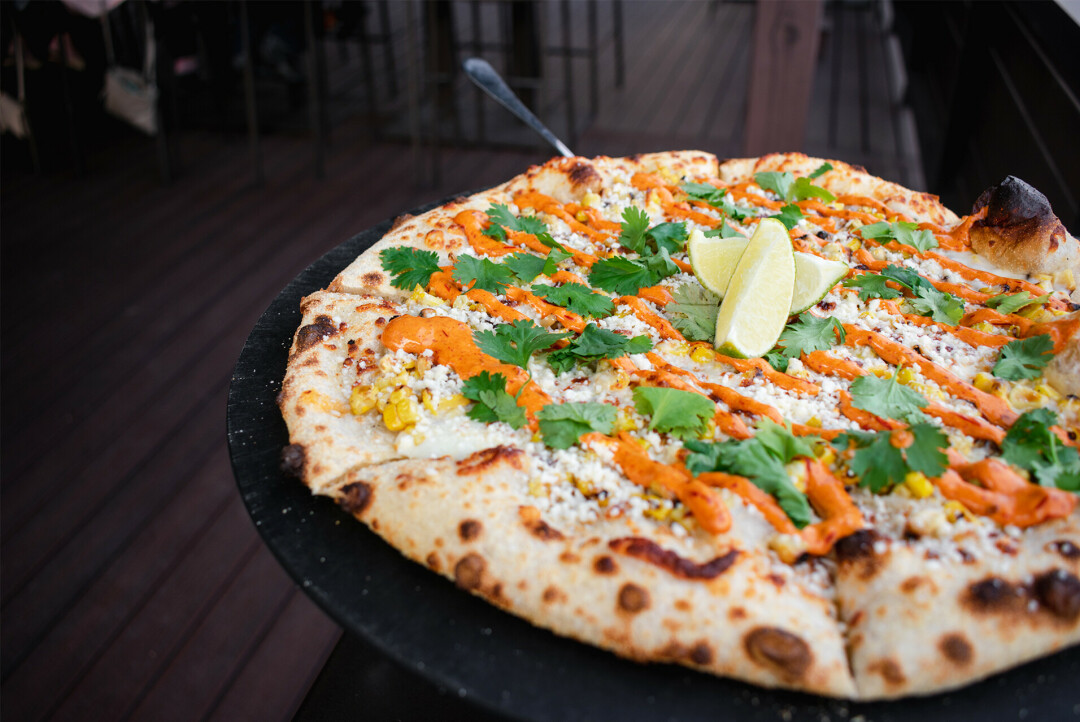 The Eloté specialty pizza happens to be vegetarian and gluten-free, but don’t doubt this za’s palette for a second. Decked out with rich mozzarella and crumbled cotija cheese, a smattering of charred summer corn is a surprisingly delightful note that meshes well with the tajin dressing swirled on top. This pie is likely to rotate soon, though, so if you’re intrigued, you better go order it tonight. 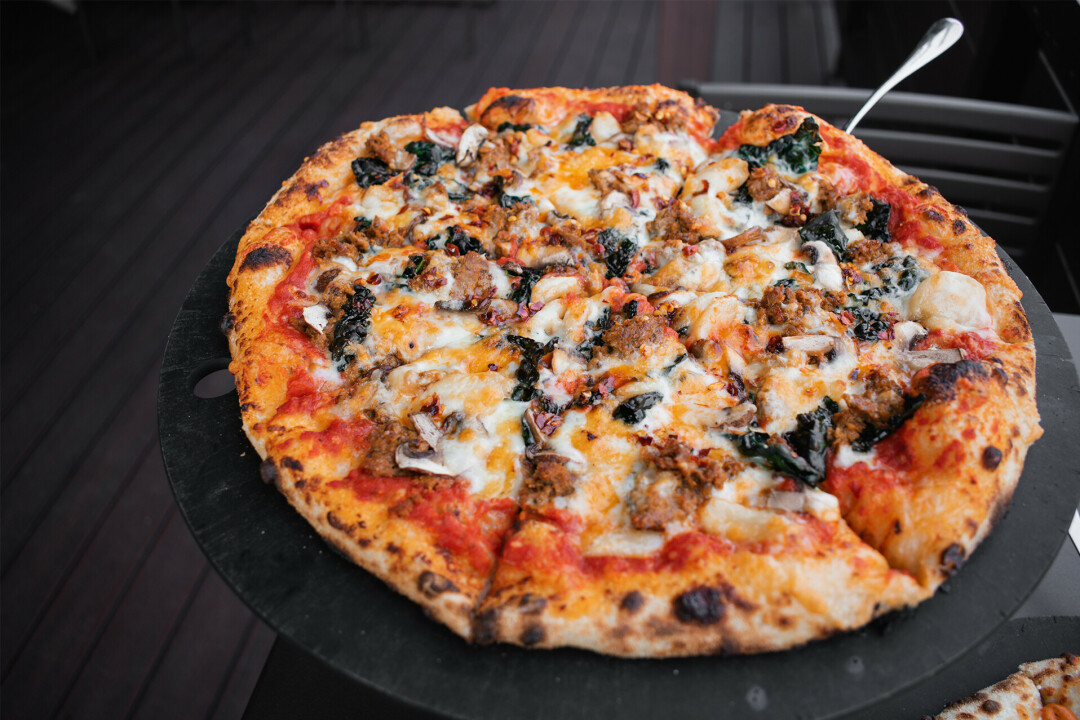 As suave and intriguing as its namesake, the Goldblum specialty pizza is a true classic pie, taken up several notches with its delectably paired flavors. It’s everything you want in a pizza but didn’t know you should ask for, the classic red sauce the perfect base for its cheese blend, supporting the mouth-watering garlic and chili crisp. A kicked-up twist on traditional pizza pies, this one earned The Informalist a second addition to this list – and, whew, it’s as delectable as Goldblum himself, if I’m allowed to say that (Jurassic Park is one of my favorite movies…) 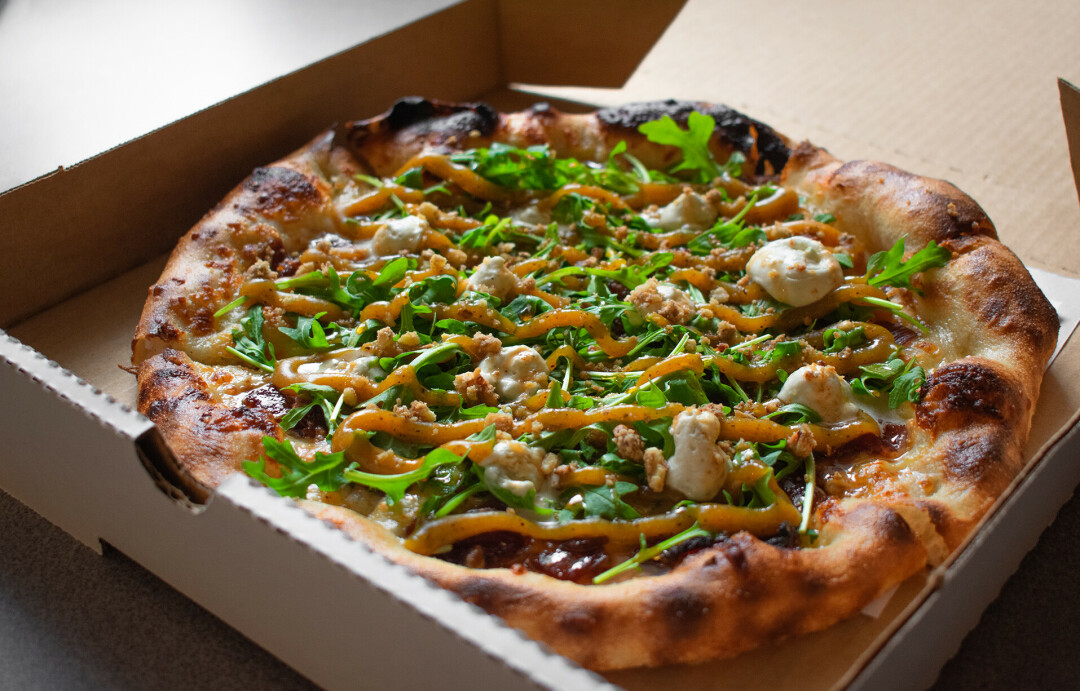 Covizza has become the (somewhat) hidden gem of Banbury Place in Eau Claire, flourishing from best-kept-secret status to their current shared kitchen space. Since it first shimmied into the area thanks to owner Jacob Paulsrud and partner Brittany moving to the Valley from Minneapolis during the initial years of the COVID-19 pandemic, Covizza has become known for their distinctive pies and often quirky names. A perfect exemplification of that is their za Squash the Patriarchy, which is as badass and yummy as it sounds. The squash puree drizzle is sweet and lush, flashes of acidity shining through thanks to the braised onion, and the unique pairing with walnuts and zippy maple makes for an entirely new, unique flavor party for your mouth.