Learning About Your Money 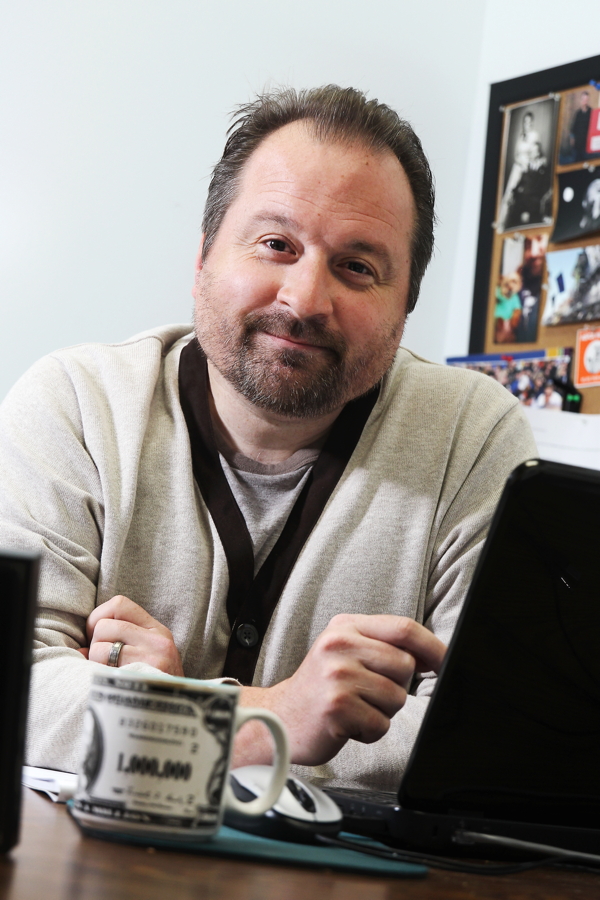 Adrian Klenz wants change. As a financial literacy specialist at Western Dairyland Community Action Agency, his vision is a world where everyone is financially literate, they’re taught the basics of personal finance alongside math, literature, science, and other essentials. We sat down with him to talk education, the local economy, and what changes need to made now.

What exactly do you do? It’s not exactly debt consolidation — that’s a different thing — but more restructuring and negotiating?
I do financial counseling. A big part of what I do is budgeting and helping people get access to their credit reports and understand them. Once people are in a position to do so, I do debt negotiation. So that’s where I work with the client – either with them or on their behalf – and contact folks that are coming after them for money and basically help them navigate that process, and negotiate a settlement for less than what they owe.

Last time we talked we talked about how Eau Claire has a lot of young college-aged people and – especially through the University – you had mentioned there’s no hard-and-fast resource for young people to learn the basics, you know, creating a budget, living within their means, being responsible with credit, stuff like that. Is that specific to the University? Why do you think that is?
I taught at the university for about 18 months. And I was in the College of Business. I specifically was working within the accounting and finance department. And there was my position and the goal was “Alright, we’re gonna create a class where ultimately all accounting and finance students will go through this and they will get a semester of experience where they’re working with community members, helping with personal finances and by doing that, they’ll also learn about their own personal finance.” I went around to these different programs and I was talking to them like “Hey we have this great program here and it’d be great if we could work together.” What I saw was all of these programs were competing for dollars. And they wanted to have their own program, instead of having this overall unified vision of “You know what’s best for our students? Let’s create a centralized office of financial literacy – or whatever you want to call it – and we’ll work with different programs, all the students and try to teach about this important topic.” And everyone was very competitive and worried about their own program. I’m not on campus anymore, so maybe that’s changed. Maybe they’re working towards that. I even went to the dean of students, I talked to anyone that would listen and said “We need some kind of centralized office” – I met with counseling services and they said like 75% of their students when they’d do their intake surveys listed finances as a major worry in their lives. I don’t care if it comes out of counseling services. I don’t care if it comes out of the dean of students. I don’t care who does it, but there should be one office and their job should be to teach about financial literacy. So one of the things that I’ve done while I was on campus and now since I’ve left, professors have asked me to come speak to their class about budgeting, about credit. Usually two or three times a semester I get phone calls or emails saying “Can you some speak to our group?” And that’s a start, but really it should be across the board. I think it should be every year because as you get older, you have different needs. It’s something I’m passionate about. I really think that it’s politics; it’s everyone jockeying for their own dollars. It’s very territorial. And I think that while I was there, that’s what I saw.

It’s not something that anyone disagrees would be a good thing for the university to have. It’s just there’s a lot of red tape involved in getting something going.
There’s a lot of red tape. I mean, you’re right. Everyone agrees on it. Everyone sees it’s an important need. But I think everyone’s worried about their departments and their own dollars. And the same thing can be said for the nonprofit world I think, too. Competing for limited dollars, everyone’s trying to fight for it. And it goes to a higher level of looking at our government.

I’m talking about a social revolution: not with tanks and overthrowing the government, I’m not saying that, but we need to somehow get people to the point where they’re not so ashamed of talking about money. It’s kind of like religion. It’s kinda like sex. People just don’t want to talk about money.  – Adrian Klenz A big thing is financial literacy, getting people to be financially literate. I’m wondering how you define that.
That’s a good question. I know that there’s different curricula and standards, you know, quizzes and tests that they have to determine whether or not Americans are financially literate and we’re abysmal with it. We’re not good. As far as a blanket definition, I don’t think you can do that. I think it has to be a case-by-case situation. You have to look at each individual and see where they’re at within their own lives. There’s some broad themes: Understanding how to do a budget, understanding how to gain access to your credit reports, how to understand them, those are some very basic things that hopefully everyone can get better at, but everyone’s different.

Is this a problem you think will persist for a bit, or do you see it shifting?
I think it’ll persist for a bit. I don’t see any change on the horizon. I don’t know what it’s going to take to change it. It doesn’t matter what your political label is. Gov. Walker has an office of financial literacy, Gov. Doyle did. President Obama has it, President Bush had it. Both sides talk about it, but it really would come down to there being a commitment from the parties to say, “You know, we need to contribute X number of dollars to financial literacy programs” and it’s just not there. And so I don’t know what it would take. A Bill Gates or somebody, a billionaire… Bloomberg or somebody willing to pump money into that. It’s a shame. Like I look at Western Dairyland – we’ve been doing this for five years – the first year I was funded through Americorps. The four years since, it’s literally been pieced together every year ... the threat of lay-offs at least once a year if not more, and they always find a way to keep me, but we’ve met with community members, we’ve met with banks, credit unions, different partners saying “Please, will you help fund us,” and no one is able to do it, unfortunately, and it’s really been a tough battle.

On that note, what is the financial landscape like locally, in the community in general and how can it improve?
It can improve on all levels. First of all, there needs to be a formal curriculum in our schools. So few require that in order to graduate high school you have to have a personal finance curriculum. We don’t. Eau Claire doesn’t have anything. And it needs to start at a young age, where you start to talk to kids about money. Parents, I know they struggle – I meet with a lot of parents that it’s an internal battle for them. They don’t know like, “How much should I talk to my kids about this?” Sometimes they’re worried about scaring their kids. Sometimes they’re ashamed of their own finances so they’re afraid to share that with their kids. So that’s something that parents need to work on. But like I said, if it started in the schools, that would help. We talked about the college thing already. As you go through life your needs change. And it might be something where the kids are talking to them about allowance. Talking to them about how to save. And once you get to college and you start getting your first credit card, you start getting student loans, making sure you’re understand the commitments there. It’s becoming a huge issue.

I’m talking about a social revolution: not with tanks and overthrowing the government, I’m not saying that, but we need to somehow get people to the point where they’re not so ashamed of talking about money. It’s kind of like religion. It’s kind of like sex. People just don’t want to talk about money. We’re taught at a young age that you don’t talk to people about money. Well, the result is so many people you see at all income levels, all age groups let problems go until it’s too late. We somehow have to get people to the point where they’re able to talk to somebody about money, so that if you come to somebody like me or somebody at Catholic Charities or somebody at Family Means and say, “Look, I need help. I’m falling behind on my credit card bills” or “I’m behind on my mortgage.” Because unfortunately, they wait until it’s too late oftentimes. That’s a conversation that we need to have. It’d be great to start it locally. So people know there are resources out there and that it’s a confidential thing – you’re going to be protected. You can come and talk to someone and they’re not gonna go out on the street and blare to the whole world that so-and-so is late on their credit card bill. In my personal experience, the weight that’s lifted once you face those financial difficulties, you can’t even measure it. It’s night and day.

I remember all too well that feeling of being afraid to answer my phone, or open my mail. Just constantly in the back of mind worrying about it. Until you don’t have to worry about it. It’s just an amazing feeling. So we need to have that conversation about it. As cheesy as that sounds, if we started it in Eau Claire, or the Chippewa Valley, that’s a start. And if every community started doing that, starting at a young age in schools and in colleges, parents start having a conversation about it, I think it would make a significant difference.

To contact Adrian Klenz or chat about financial literacy, email him at aklenz@westerndairyland.org