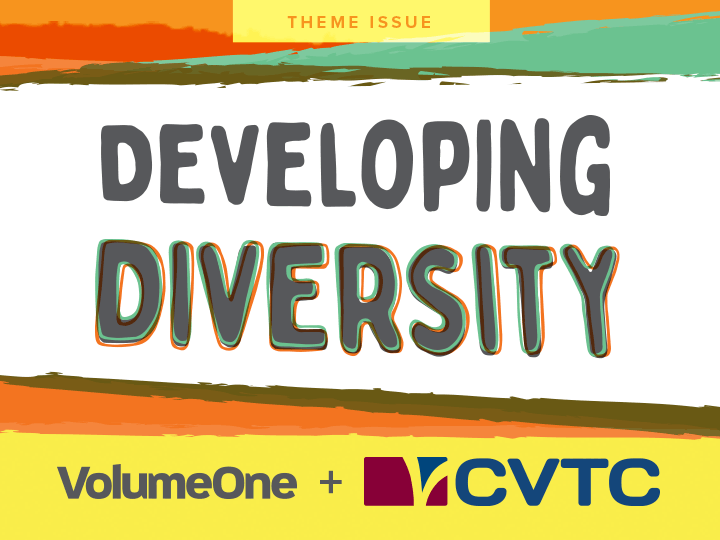 UW-Eau Claire is one of the most LGBTQ-friendly campuses in the country. You might’ve seen the headlines. Campus Pride, a national nonprofit, gave the university a 5-star rating along those terms – something they’ve only given to about two dozen other schools nationwide. The organization also recognized UWEC as the best in the state of Wisconsin for LGBTQ+ students, and in the top 30 in the United States. College Choice puts the school at third in the whole country behind MIT and Princeton.

For that, you can give a big chunk of the credit to the Gender & Sexuality Resource Center on campus – headed by director Chris Jorgenson. Since the late 2000s, the GSRC has advocated fiercely for marginalized students of all kinds, created unique programming to bring communities together, and made inclusivity the norm at UWEC. What started as basically one grad student’s job has turned into a thriving organization with a full-time director, a grad student assistant, and twelve student interns. The GSRC engages the campus and the city head-on with massive public events and programming while working day-to-day to make the university a safe and welcoming place for all students to learn and grow.

I think we would be remiss if we didn’t intentionally engage in conversations that ensure that all families and identities are carried along with this exciting wave of progress.

“We really strive for intersectional advocacy," Jorgenson said. "We advocate for all students. We have a focus on all genders, identities, expressions, and sexualities, but you can’t advocate for those aspects of identity unless you’re also tackling race and ability and class, etc.”

Most visibly, the GSRC extends its reach through event programming. The Fire Ball is its biggest – a spectacular and dazzling drag show in the middle of the student center every spring (Feb. 22-23 in 2019). The Fire Ball puts nationally renowned drag performers on stage with stars from our own scene for a bombastic celebration that always sells out as soon as tickets go on sale. “I dare you, come and not have a good time,” Jorgenson remarked.

The Eau Queer Film Festival has screened hundreds of groundbreaking films on campus for the last nine years, and this year will rebrand as a weeklong celebration called Freaq Week: that includes the film festival, a campus visit day specifically for prospective LGBTQ+ students, a National Coming Out Day celebration, a kickoff concert with a lineup of queer artists, and more.

“I wanted to do stuff that was unapologetic, that was conspicuous, and that really engaged the campus community in ways that perhaps they hadn’t been engaged in," Jorgenson said. "I wanted to be edgy and push them as much as I wanted to meet them where they were at.  I feel really grateful that the community has responded quite positively to the ways that we’ve pushed them.”

Besides organizing events, the GSRC works tirelessly to transform the experience of LGBTQ+ students from one that’s full of uncertainty into one that’s remarkably positive and fulfilling. The GSRC provides physical safe spaces on campus to give students the opportunity to find their community. They can connect students to resources like counseling, the Dean of Students, health services, and career services. They teach students to be better allies, and they provide sexual assault bystander intervention training to students and faculty. All resident assistants on campus require this training, and every one of the nearly 700 student athletes at UWEC is mandated to learn it as well.

Because of recent policies formulated by the GSRC, trans students can now have their preferred name in the campuses online systems and on their student IDs, and there will be some big wins for inclusivity in the new Karlgaard Towers residence halls next fall. With the halls’ new renovations, both buildings will have exclusively all gender restrooms, and the whole seventh floor will be reserved for the LGBTQ+ community to live and learn together in. Individuals will be able to select the floor specifically on their housing contract.

Jorgenson and his team are taking their energy into the greater Eau Claire community bit by bit as well. Having these conversations and making the effort to advocate for the LGBTQ+ community openly and honestly is the way to make a community great. It's how you make one that’s truly diverse. That’s when it will truly thrive.

“So much is written and talked about the renaissance of Eau Claire with the arts and music and stuff. I love that, but I think we would be remiss if we didn’t intentionally engage in conversations that ensure that all families and identities are carried along with this exciting wave of progress,” Jorgenson said. “Unless we engage every aspect of the community, we’re selling a false idea of what a community is.”