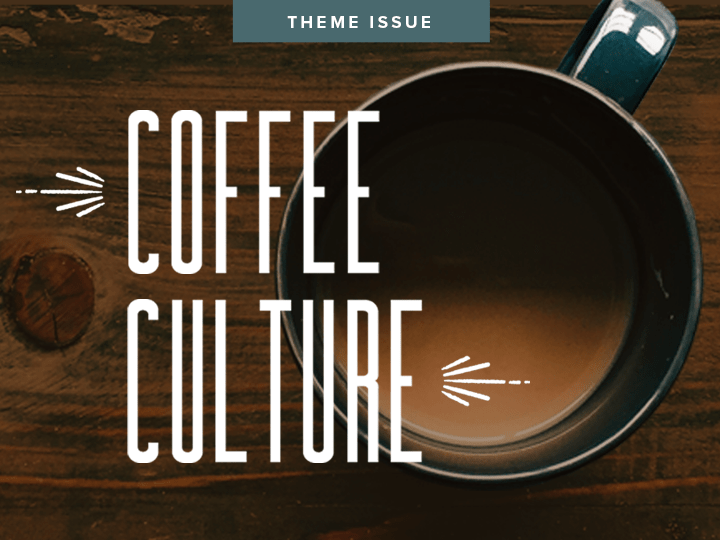 As with any job, working as a barista comes with perks, quirks, and great stories. Three Chippewa Valley baristas give us a taste of their experiences working with coffee.

Felicia Deering is a student at the Chippewa Valley Technical College who also works at Coffee & Bagels on Clairemont.

“People mispronouncing things is funny to me,” Felicia says. Some common mispronounced orders she gets is “mo-cha” instead of mocha, or “lay-tay” instead of latte. Many people mispronounce asiago bagel. She often hears “a-su-ago” or “asia-go.” “We also serve a soufflé here ... a guy pronounced it a ‘shuffle’ the other day and I lost it,” she laughed.

Felicia confesses that she tends to profile people depending on their drink order. “If you order a breve, you probably know what you are talking about. Or an americano, I always respect that.” If she gets an order in for a dry or wet cappuccino with no flavoring, a café au lait, or a café miel, “impressive … all right, you are from Italy.” However, Felicia confesses that she is not a big coffee drinker herself.

When she was first being trained on the job, learning everything was overwhelming, so kindness and encouragement from customers made a huge difference. “If you’re at a coffee shop and someone’s messing up, please consider they might be new, so it’s hard,” Felicia says. “Or they might not be new and it’s still hard.” “We all freak out whenever there is a dog in the drive-thru,” Taylor said. She and her coworkers often take turns giving them doggy bagels. Many of the regular customers know all their names, and the baristas know their drink order.

Working at Coffee & Bagels has many perks, besides friendly regulars and friendly dogs. Every week, Taylor gets to choose either a half pound of coffee beans, or a baker’s dozen of bagels. “So being a broke college student, that’s great for me,” Taylor said, “I got breakfast for two weeks and I got coffee for two weeks, so we’re good!”

A common misconception people have is that being a barista means you like coffee. “But half of my coworkers don’t like coffee,” Taylor said. “We definitely had an employee who doesn’t like Caribou coffee at all, so they only go to Starbucks.” Nicklaus Lovelien is the owner and operator of the Living Room Coffee House. Nicklaus started working when his parents opened the shop 12 years ago. As he grew up, he watched it change and develop and undergo many rebirths. They started with one location on Cameron Street and have since expanded and now have several locations at Mayo Clinic Health System.

The craziest drink order Nicklaus remembers getting is a blended mango smoothie with peppermint, raspberry, hazelnut, and peanut butter syrup. “She got it regularly,” Nicklaus said. “But the customer’s always right. You can’t say no.”

Once at a Mayo Clinic location, a doctor came in on his first day at the hospital. He was having a rough day, so he ordered nine shots of espresso. Despite their warnings, “he was adamant that it was going to be fine and he went through and ordered it, so we had to give it to him,” Nicklaus said. He came back half an hour later after chugging the whole thing, thinking it had as much caffeine as a normal cup of coffee. “He was literally shaking and he was saying that he was on his way to the emergency room and that he should have listened,” Nicklaus said. “He became a regular after that,” but changed his regular drink order to a shot in the dark, which is regular coffee plus one shot of espresso.

For Nicklaus, being a barista isn’t just about serving coffee. At the Mayo locations, he encounters many different people who come into their shop. “You could have someone who just had a kid, or you could have someone whose son just passed away,” Nicklaus said. “Being there to share some encouragement and to share some hope ... that’s just about the most fulfilling thing that you can do.”

Baristas and coffee house owners play an important – and not always easy – role as they serve the Chippewa Valley. So whether you’re ordering an elaborate mocha or just a mug of decaf, remember to thank your barista.