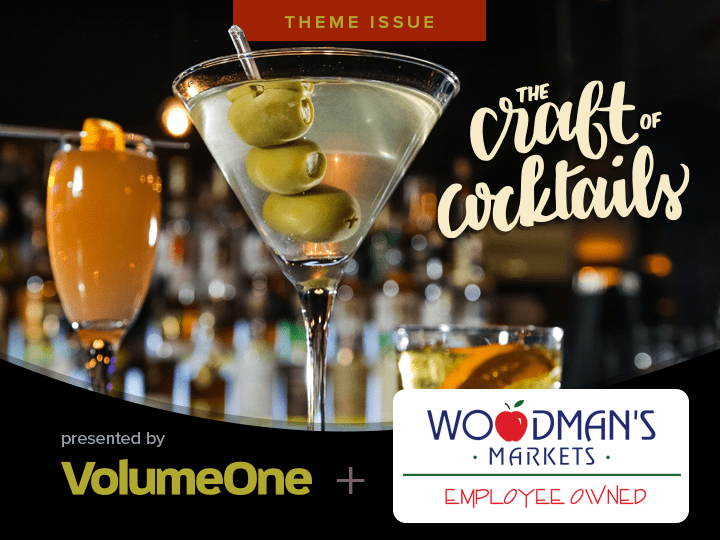 3 Christmastime Cocktails and How to Make Them

share a cup of holiday cheer with these Wisconsin winter favorites The holidays are a great time of year to try out a new drink (or two!) while celebrating with family and friends. We asked our own family and friends about their favorite Christmastime cocktails and compiled this list of yuletide concoctions. Some are old favorites, while others are 21st century creations. We predict that any of these spirits will make your spirit bright this holiday season.

Not to be confused with the cartoon cat-and-mouse duo, the Tom and Jerry is a beloved Christmastime hot toddy that dates back to jolly old England nearly 200 years ago. Essentially, a Tom and Jerry is a variation on eggnog with brandy and/or rum added. This time of year you can usually find pre-made Tom and Jerry mix in the grocery store (check the liquor or dairy sections). To make the drink, add a jigger (1.5 ounces) of rum or brandy or a half jigger of each to a coffee mug. Fill the rest of the mug with hot water, than add a generous tablespoon or two of Tom and Jerry mix. To make it extra fancy, sprinkle a bit or cinnamon or nutmeg on top. Omit the alcohol for a version that can be enjoyed by non-drinkers of all ages. (You can also make your own Tom and Jerry mix at home, but that means potentially drinking raw eggs, so consider yourself warned!)

If Tom and Jerrys aren’t your style, try mixing up a pot of another old English holiday specialty: wassail. Wassail is a hot, mulled cider, if you’ve heard of it before it’s likely because it’s celebrated in old Christmas songs (“Here We Come A-Wassailing,” among others) and stories. “Wassail” comes from an old Anglo-Saxon phrase that basically means “to your health,” and wassailing was originally a ritual that involved chants and offerings to apple trees in midwinter to ensure a bountiful harvest the following year. Later, it evolved into a door-to-door caroling, drinking, and gift-giving celebration. One Eau Claire reader says she and her husband have made it a tradition to serve wassail to holiday guests. She suggests using decaffeinated black tea, “otherwise people get very awake yet buzzed”!

1. Boil one quart of water. Steep four tea bags for 5 minutes.
2. Add two cinnamon sticks, 16 whole cloves, and 1 teaspoon whole allspice. If at all possible, put the spices in a tea ball. Simmer the spices for 15 minutes, then remove them.
3. Meanwhile, make a syrup of one-half cup sugar and one-half cup water.
4. Add to the tea mixture 2 quarts of apple cider, one 6 oz. can of frozen orange juice concentrate, one pint of cranberry juice, and the syrup. You can also add one cup of rum.
5. The recipe will make about 1 gallon of liquid. It can be served with orange slices floating on top.

Want your freezer to be just like granddad’s used to be? The mix up some brandy slush! “A big bucket of brandy slush has been a part of my holiday gatherings for nearly as long as I can remember,” says Volume One’s Neil Hodorowski. “The stuff goes quite quickly at our family gatherings and is something that should be enjoyed at other times of the year as well. My aunt shared the recipe with me a few years ago. Simply mix all the ingredients into the appropriately sized container, making sure to leave additional room for expansion when it freezes. The slush will freeze semi-solid, making it quite easy to scoop out. Fill a glass approximately three-quarters full of slush and top with a sweet or sour wash (7-Up, Squirt, ginger ale, etc.). The wash will blend in nicely with the slush and tastes best when consumed through a straw. My aunt occasionally adds variety by adding frozen strawberries or other fruit to change it up a bit, but basically anything can work!”