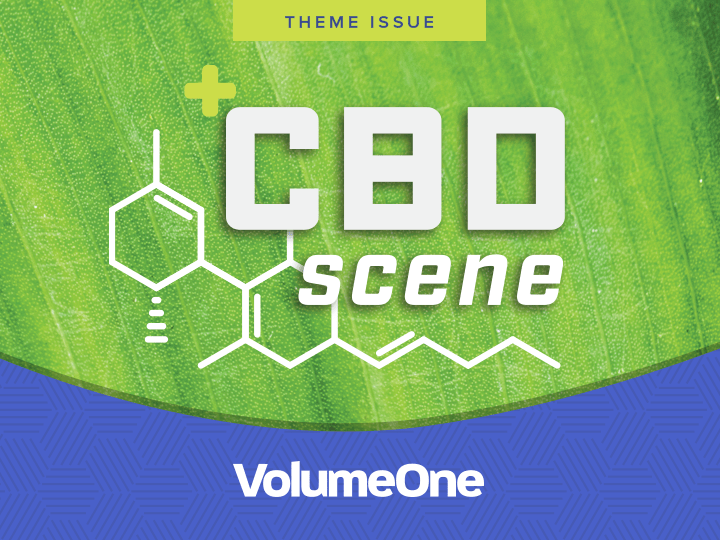 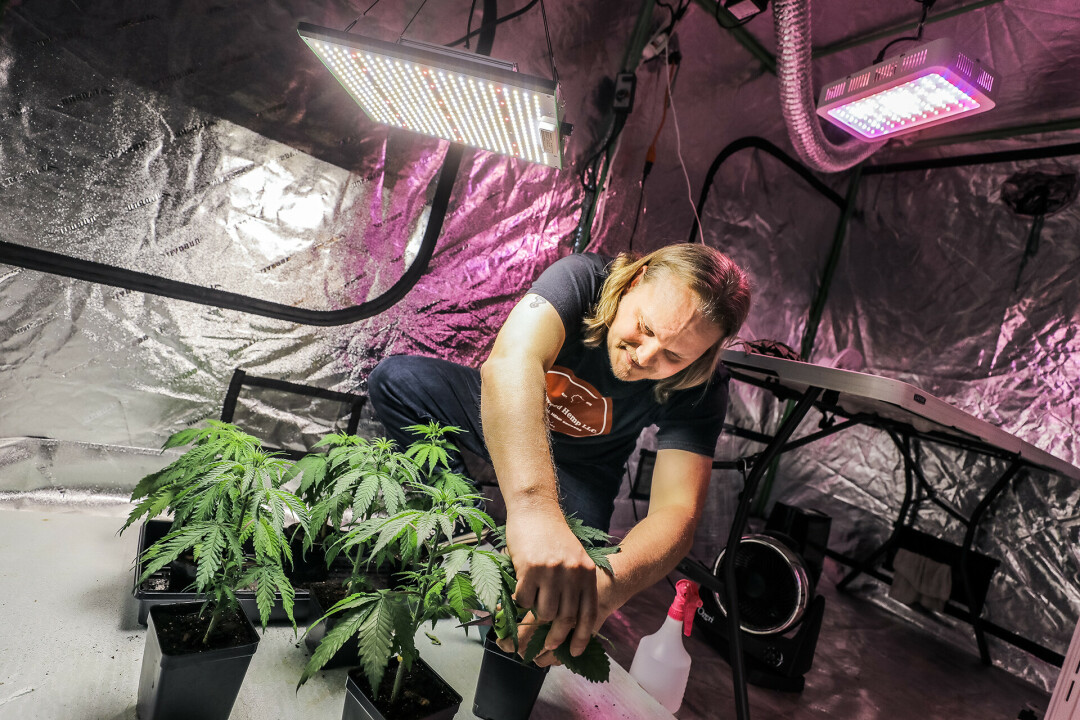 HANDS-ON OWNER: Brian Bethke is involved in every aspect of Hawkweed Hemp, including the growing, marketing, and distribution of its various hemp/CBD-based products.

The state of California decriminalized the use of marijuana for medical use in 1996, igniting a fire within a hemp entrepreneur here in Wisconsin.

For the better part of 20 years, Brian Bethke has made a name for himself as one of the hardest-working musicians in the Chippewa Valley. He has played in successful outfits such as The Broken Eights, with his solo output bringing him years of strong record sales and local acclaim. But while music has been his livelihood for most of his adult life, a lifelong struggle with physical ailments (not to mention a global pandemic) have given rise to his new pride and joy, Hawkweed Hemp.

Based out of Osseo, Hawkweed Hemp is a family-owned hemp/CBD production company with Bethke serving as the owner and operator. Hawkweed Hemp is a 100% in-house ,farm-to-table hemp business, with the sale of CBD oils, gummies, creams, rubs, and more being produced by Bethke and his family team. While the use of marijuana isn’t legal in the state of Wisconsin quite yet, you are able to purchase gummies with 10 milligrams of THC content, and 250 milligrams of CBD content. As more people recognize CBD's impact on alleviating pain, anxiety, and other ailments, products such as Bethke's are becoming more and more accepted. 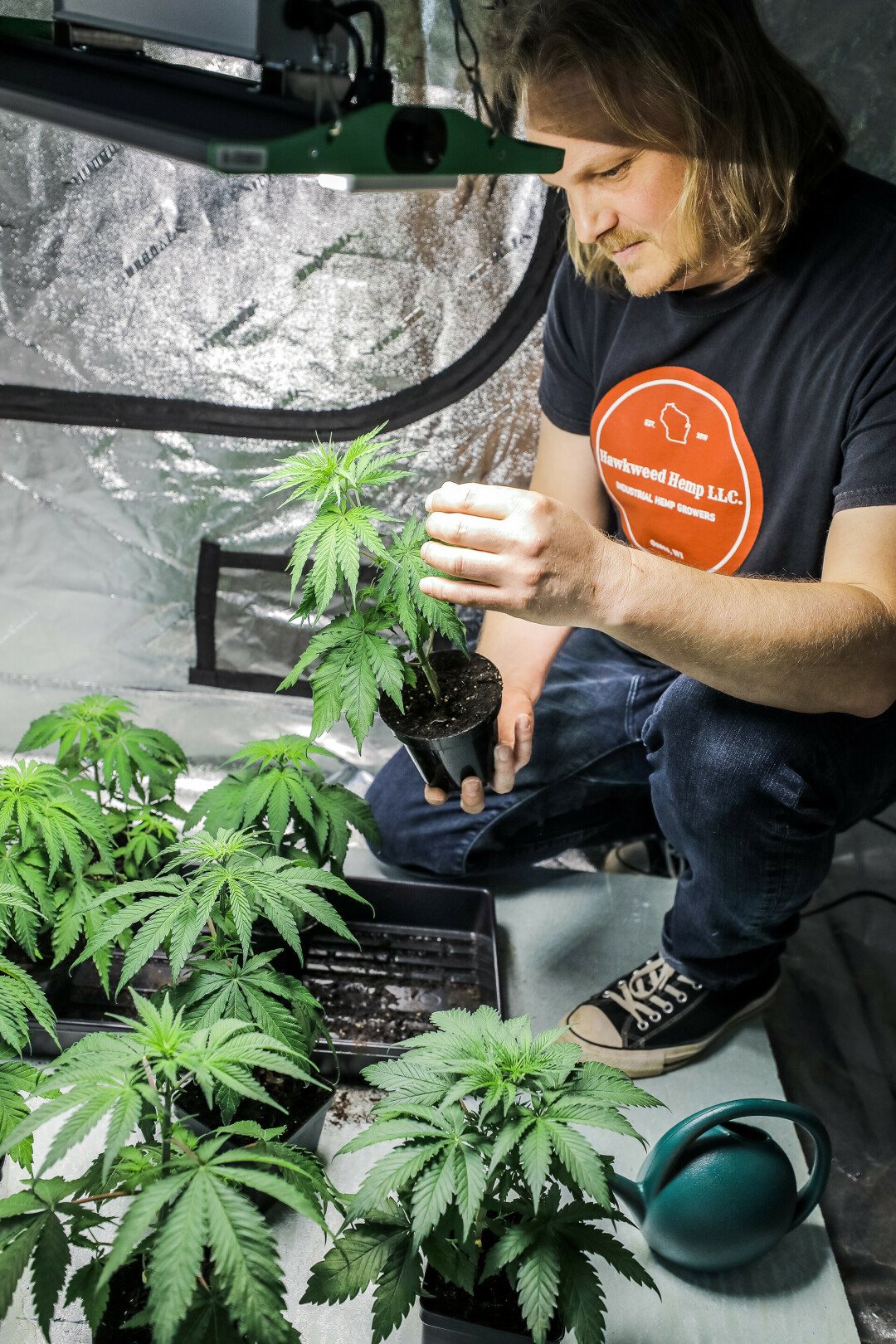 “All anyone has to do is look at the research,” Bethke said. “I understand the stigma around THC and marijuana, but unless you’ve had your head in the sand for awhile, most people know someone who has been helped by hemp and CBD products. And with many of the laws finally changing, it’s clear for the naysayers that the war is over and they’ve lost.”

Bethke has endured chronic Lyme disease since 2005, and since then has developed arthritis in his knees. He also has a spine ailment due to an injury suffered from coughing after contracting COVID-19 early last year. Bethke has been a user of CBD products for most of his life to alleviate his symptoms, leading him to found Hawkweed Hemp in December of 2018.

“With many of the laws finally changing, it’s clear for the naysayers that the war is over and they’ve lost.” –Brian Bethke, Hawkweed Hemp

Beyond the alleviation of his own symptoms, the products Bethke has produced the past two-and-a-half years have helped numerous people with their own symptoms. Hawkweed Hemp serves a tame clientele of “little old ladies” and casual people looking for a non-traditional outlet when it comes to alleviating discomfort. A prime example is a customer of Bethke’s is a child who has suffered five-to-six seizures a day for most of his life. However, after nearly two years of using CBD oils, the same child is down to one or two seizures a month.

“The fact that this has helped so many people makes it worth all the effort in the world,” Bethke said. “I’ve grown a farmer’s passion for planting a seed and watching it grow. There’s something special about leaving my phone in the house and spending a day out in the field. It’s more than just a job, or an end product; it’s a meditative act, which gives me peace of mind.” 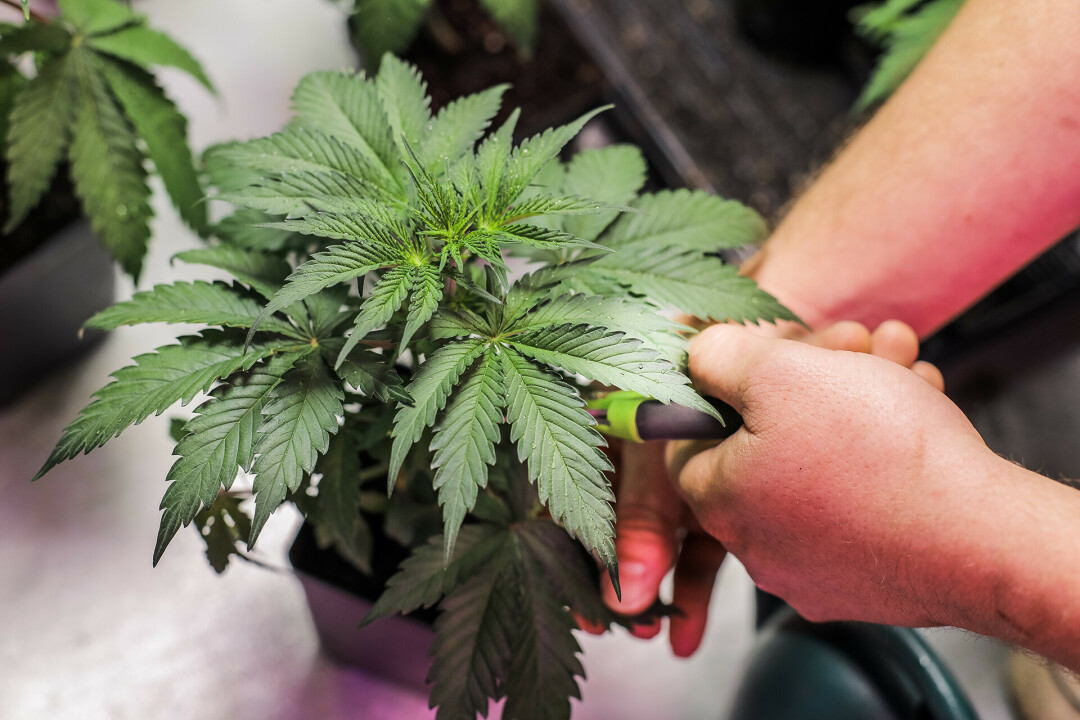 Bethke is more than just a hemp distributor; he is involved in every step of the production process. Hawkweed Hemp’s products start with Bethke choosing the genetics he will infuse into the hemp seeds, growing the plants in a tent before transferring them outside, harvesting the hand-selected buds, then sending the 40 pounds of raw hemp he harvested in 2021 to Carbon Cannabis in La Crosse, where they extract the CBD out of it using CO2. From there, Bethke uses the crude oil to make oils, edibles, and whatever products his customers have a taste (and need) for.

The onset of the COVID-19 pandemic forced the then full-time musician to adjust his full-time job, encouraging him to look toward the sun to new pastures (literally). Using the sun itself as inspiration, Hawkweed Hemp was named after the plant hawkweed – a plant that always faces the sun.

“This is full-time passion for me,” Bethke said. “I want to take the least amount of money out of this business as I can, because I want to allow it to grow and flourish. It became my livelihood overnight, and I want to respect and honor that by letting it live up to its potential.” 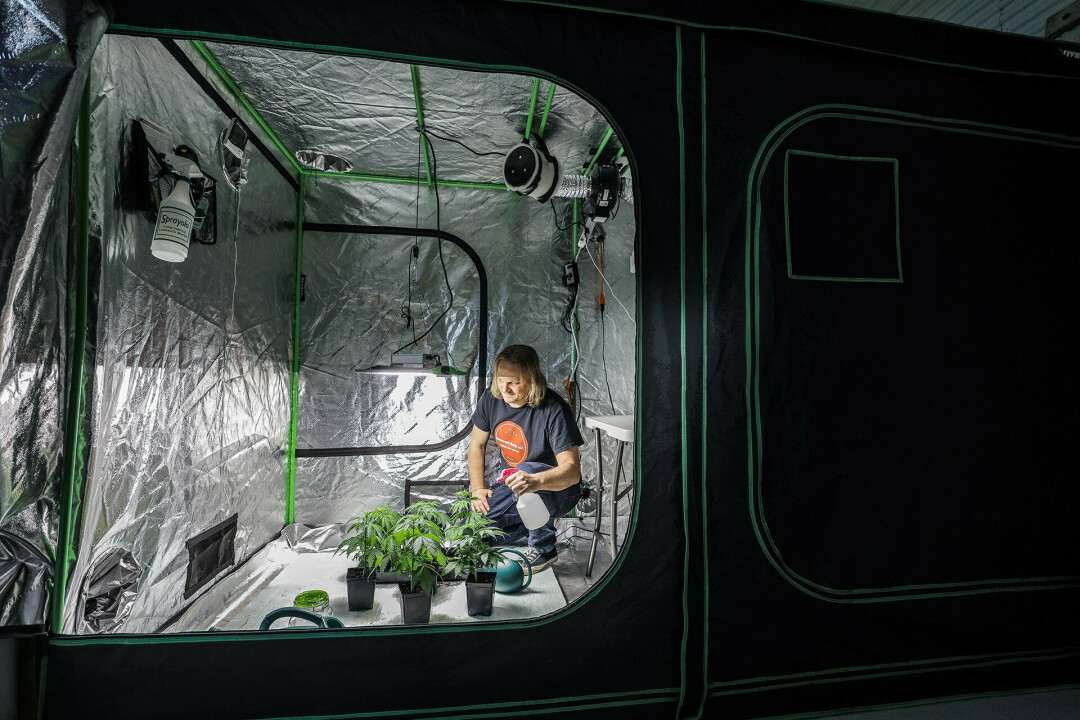 The next step for Bethke and Hawkweed Hemp is expanding into the food market, with their own line of hemp-smoked hot sauces serving as the trailblazer. Plans are also in the works to incorporate dips and candies into their product line, as soon as Bethke can ensure the other products he offers don’t slip in quality after expanding.

For more information on Hawkweed Hemp, visit their website hawkweedhemp.com.