Folks in the Chippewa County community of Stanley are rolling up their sleeves (or, more like, rolling down their sleeves and grabbing hats and mittens) to pitch in to aid cleanup efforts following a pair of EF-2 tornados that touched down just north of Neillsville in Clark County on Wednesday night, according to the National Weather Service. The City of Eau Claire also recently confirmed an EF-0 tornado in Eau Claire County.

Wind speeds were reported to reach upwards of 80 miles per hour, which caused damage most prominently along Emery Street, as well as along Fourth Avenue from Madison Street to Jefferson Street.

Not far from Stanley, Cadott experience gusty winds at 50 to 60 miles per hour, and one building on Chippewa Street was reported to have its roof ripped off.

On Thursday morning, Stanley Fire Department Captain Jeff Ryba coordinated a handful of community members, who volunteered to help with cleanup efforts at the city’s community center in Chapman Park, including several area fire departments. Firefighters rotated shifts in order to be able to return indoors and warm up amid 20-degree December weather.

An image shared by the Stanley Police Department on Thursday morning shows the damage caused by Wednesday night's storms. (Photo via Facebook)

Local businesses also pitched in to help. The Stanley Police Department posted Thursday that Kwik Trip donated an "obscene amount" of milk, bread, eggs, sandwiches, and other items for those in need or those assisting in clean-up efforts.

The Stanley-Boyd School District has been closed since Thursday as a result of cleanup efforts and power outages throughout the city.

On Wednesday night, Xcel Energy reported 75% of its Stanley customers lost power at 9:15pm. Throughout Wisconsin, 37,800 Wisconsinites lost power as a result of the storms. As of Friday morning, 3,591 customers still do not have power.

This is the first confirmed tornado in Wisconsin in December since Dec. 1, 1970, when four tornados hit east-central Wisconsin. This year, Wisconsin has experienced 34 tornados. This is the second tornado occurring in Stanley, with the first on June 24 – an EF-0 tornado that reached speeds of 65 to 80 miles per hour.

Local meteorologists say the tornados are related to the unusually warm December weather, with Dec. 15 breaking a new statewide record for warmest December day ever recorded at 68 degrees. The previous record was set in 2012 at 65 degrees recorded in Dane County.

The Stanley Police Department shared this image at 2:44am on Thursday morning of storm damage caused from high winds and an EF-2 tornado that touched down near Neillsville, Wisconsin on Wednesday night. (Photo via Facebook)

The Stanley Police Department posted images of the damage on Thursday morning at 2:44am. “Thank you to all of the neighboring law enforcement, fire department, and EMS personnel who swarmed the city within minutes and provided aid (overnight) to ensure the safety and well-being of our residents,” the police department posted to Facebook. “We also want to thank city residents who lent a hand to their neighbors and emergency responders immediately following this storm, as your assistance was invaluable in ensuring everyone’s safety, while preserving property of those that could be salvaged.”

The post received over 3.5K reactions and 5.8K shares. “We are thinking of Stanley,” commented the Eau Claire County Police Department. “The property damage is horrible,” commented Candice Lemley, “but thankfully no injuries (so far, pray it stays that way). As difficult as it is, stuff can be replaced, people can’t. Prayers for all of the Stanley area.”

The property damage is horrible.

... As difficult as it is, stuff can be replaced, people can't. Prayers for all of the Stanley area.

No injuries or fatalities have been reported as of Friday morning.

The Stanley Police Department posted Friday morning that the main transmission power line that services city electric utilities will be back online Friday afternoon, at which time areas of the city will experience restoration of power.

“Please understand we are all hoping for quick resolution and that the multiple crews working on our power issues are working as swiftly as they can,” the police department wrote. “Please plan for our power outage to extend for at least the next several hours.”

Clothing, blanket, and toiletry items are available at the Stanley Community Building in Chapman Park. Free lunch will be provided at noon by Debbie’s on Broadway of Stanley. Dinner will be available at 4pm and will include pizza from the Fill-Inn Station of Chippewa Falls, and pasta and breadsticks from Fazoli’s, courtesy of Central Lutheran Church in Chippewa Falls.

HOW CAN YOU HELP?

Volume One contributor Branden Nall took the following photos in Stanley on Thursday: 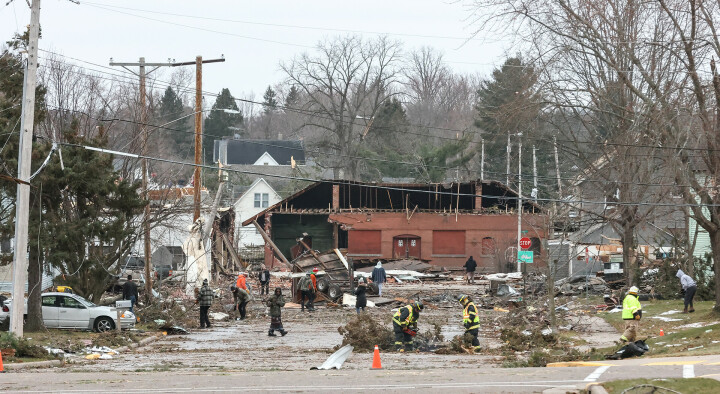 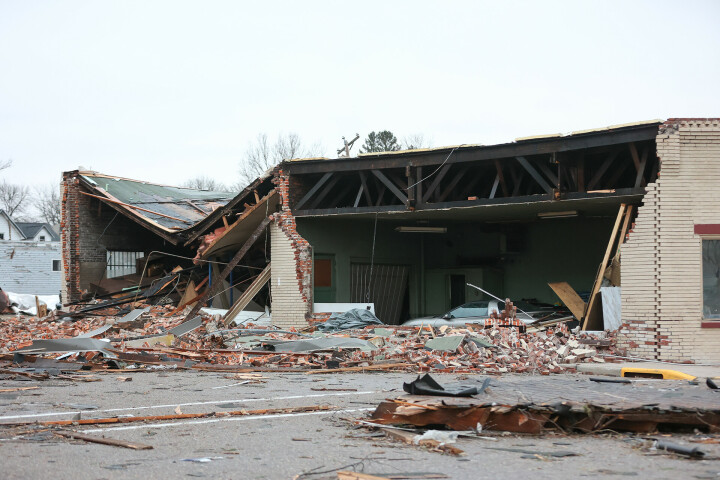 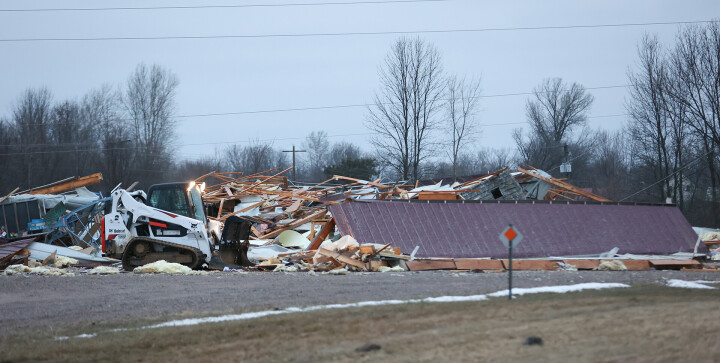 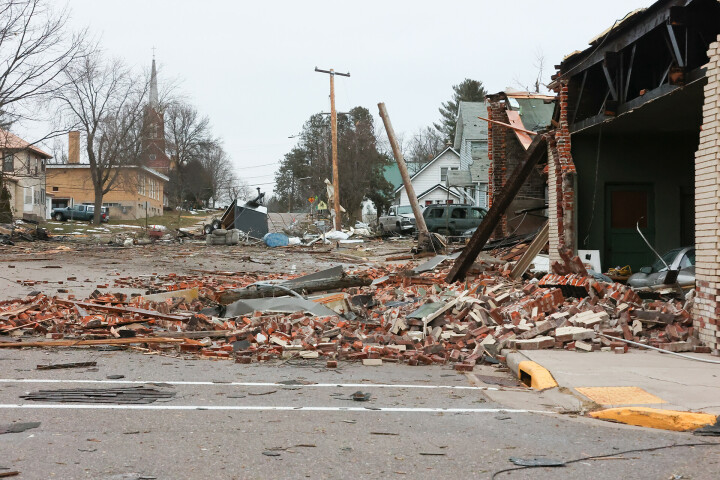 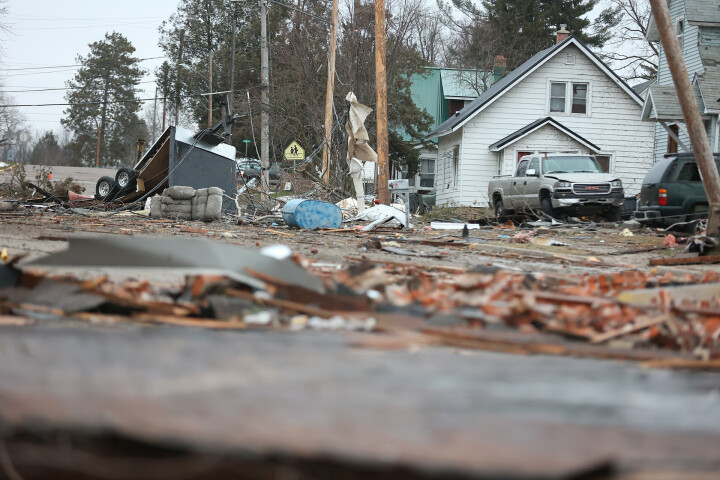 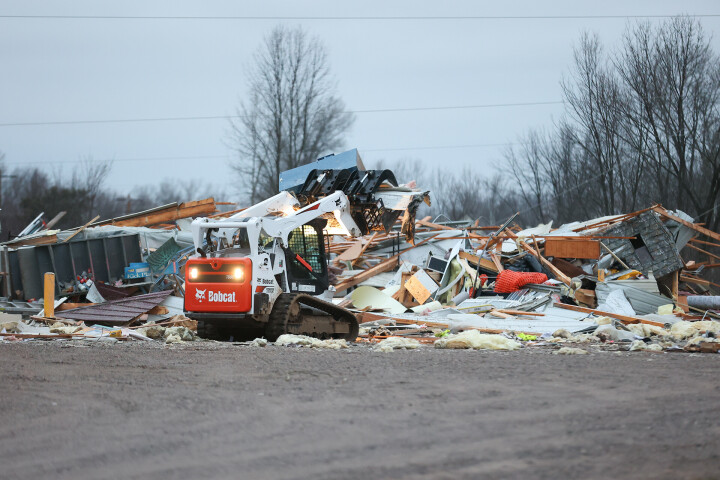 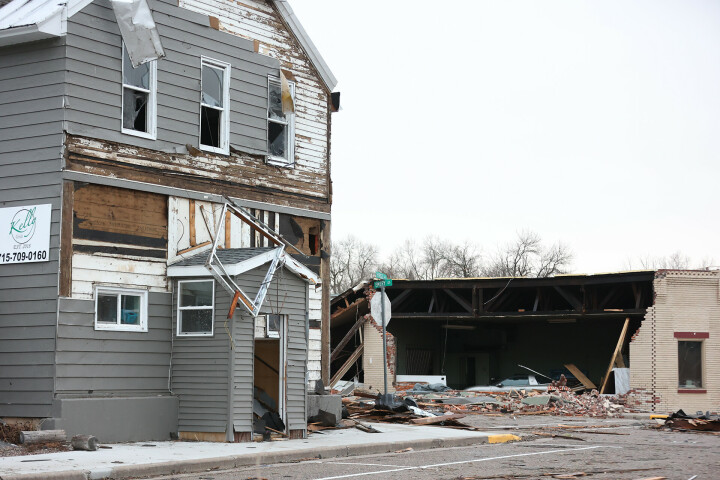 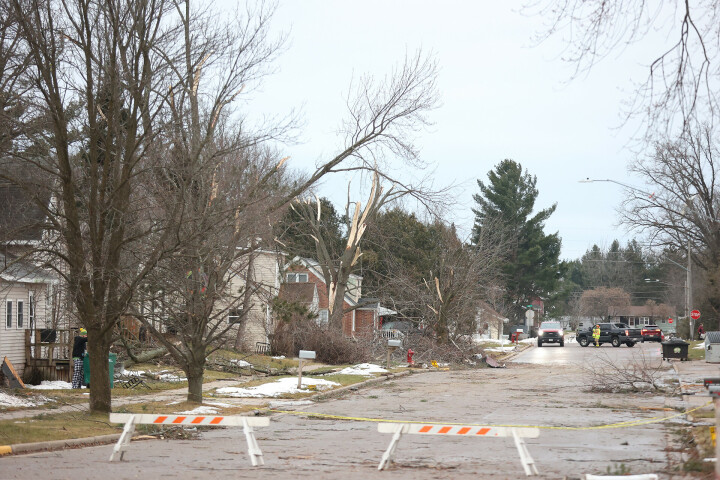 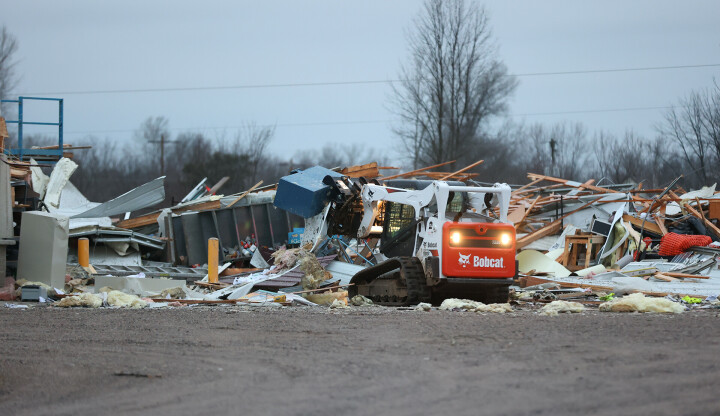 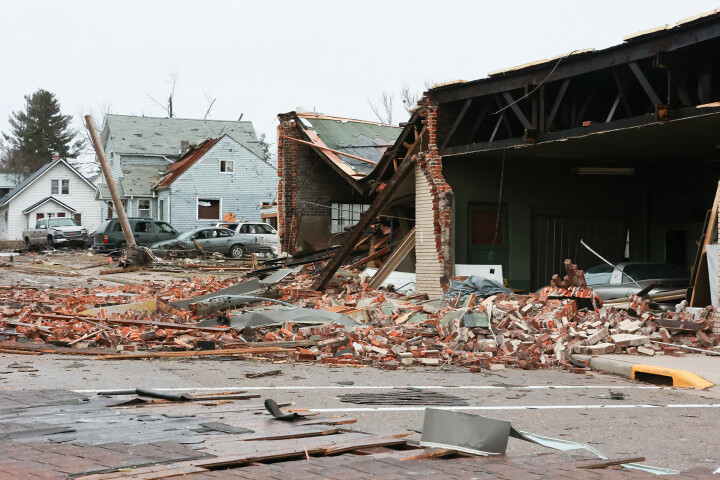