chamber orchestra’s season will kick off on Sept. 17

World-renowned classical guitarist Colin Davin, who has performed in some of the most prestigious venues from Carnegie Hall to the Alhambra Palace in Granada, Spain, is the featured artist at the Eau Claire Chamber Orchestra’s 2022-23 season-opening concert. The concert’s theme, Scenes from Latin America, will fill the air on Saturday, Sept. 17, at 7:30pm in the RCU Theatre of the Pablo Center at the Confluence. 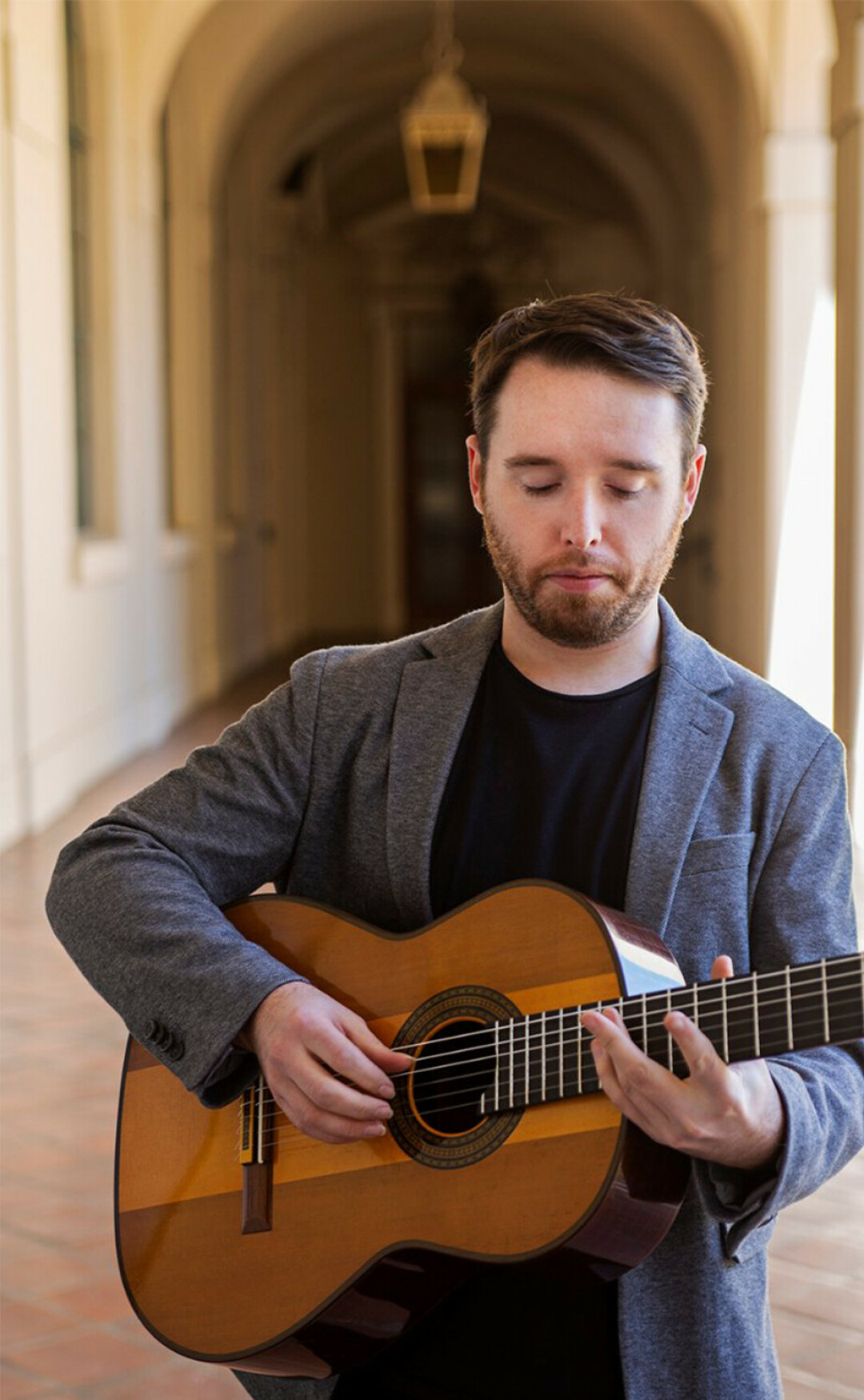 Davin will perform Concierto del Sur (Concert of the South) for classical guitar and orchestra written by the Mexican composer Manuel Ponce. Ponce wrote it for Spanish virtuoso classical guitarist Andrés Segovia who debuted the piece in 1941.

ECCO Music Director Frank A. Watkins will conduct the orchestra in three additional pieces. Sinfonia India (Indian Symphony) by Carlos Chávez pays tribute to the indigenous Mexican music of the Huichol people, the Yaqui of the Sonora region, and the Seri people of Tiburon Island; Estancia (Ranch) by Argentinian composer Alberto Ginastera presents a ballet in one act and five scenes based on Argentine country life; the final piece called Danzón No. 2 (Peasant Dance No. 2) by Mexican composer Arturo Márquez is inspired by a native Cuban dance of African origin now popular in Veracruz, Mexico.

Tickets for the concert are $32 plus tax and fees. Student and youth tickets are $7 plus fees.

For tickets, visit the Pablo Center’s website. For more information about ECCO, slide over to their Facebook, and learn about guitarist Colin Davin at colindavin.com.