MEET ME AT THE CREEK: Local Launches Kickstarter for New Board Game 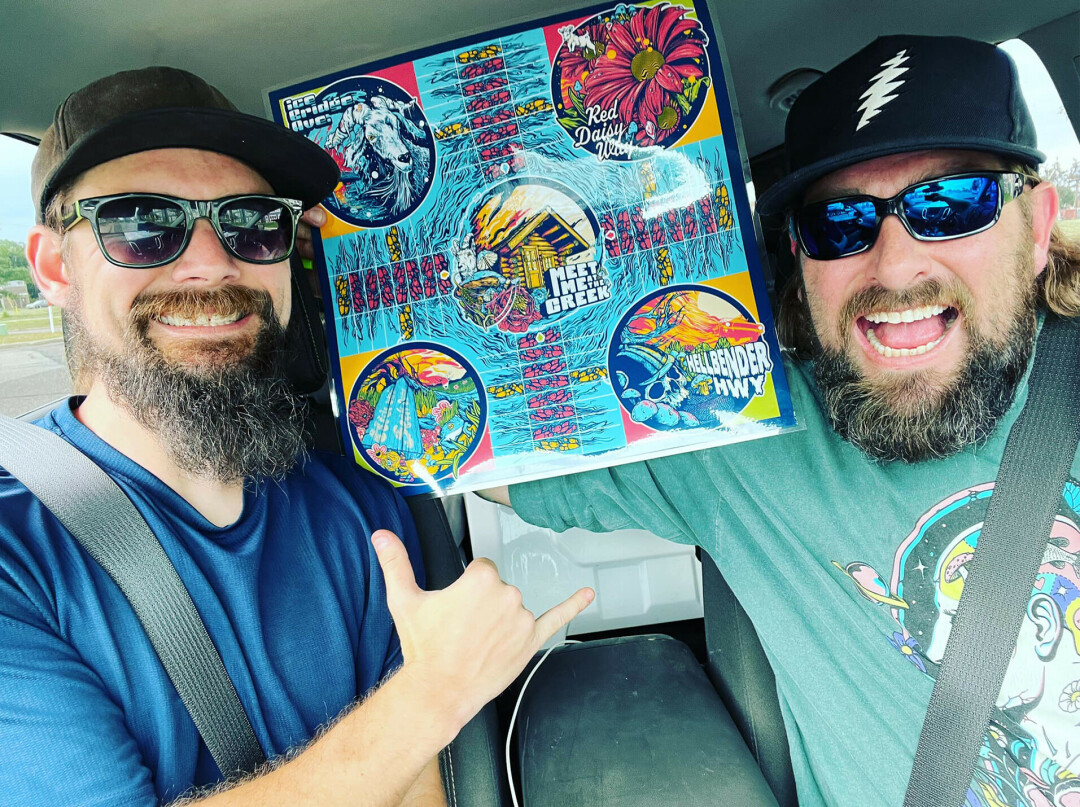 GET ON BOARD. Eli Bremer (right) is hoping word-of-mouth and community support can help launch his board game, Meet Me At The Creek. (Photo via Bremer's social media)

Eau Claire’s Eli “Cheesecake” Bremer is a lover of all things musical and artistic and has combined the two in a vibrant, playful way with Meet Me At The Creek, a family-friendly board game that will be easy to pick up if you’ve played similar ones like Parcheesi, but with a completely unique vibe.

Described as “an exciting game of chase, race, and capture,” the game is fit for those ages 8 and older, requires two to four players, and takes anywhere from about 25-45 minutes to finish. Though playtime might feel like other classic board games, MMATC has an incredibly unique backstory linked to Grammy Award-winning musician, Billy Strings.

“I am always thinking about music and art, so why not find one of the best artists and team up with him on this special project involving a fusion of music, art, and good old-fashioned fun,” Bremer wrote on the game’s Kickstarter page.

Billy Strings, whose fanbase calls themselves Billy Goats, is a guitarist and bluegrass artist from Michigan who‘s hit quite a stride over the past few years. Strings’ fourth studio album, Home, was released in 2019 and peaked at number one on the Billboard Bluegrass Albums chart – his first album to do so – earning him his first Grammy for Best Bluegrass Album in 2021 and his first performance on Jimmy Kimmel Live. Rolling Stone called him the “Bluegrass Star You Can’t Miss” in 2019, and he’s garnered nearly a million monthly Spotify listeners.

His Billy Goats are dearly devoted – evident by MMATC’s references back to Strings, including the company that is creating it, Goatful Games, and the game’s board pieces, called “Goaties.” Bremer said Goatful Games has received the OK for its usage of Strings references and has even gotten a prototype of the game signed by one of the band members. The artwork for the board and box were created by Nashville-based artist Brandon Trammel.

To win the game, players must get their Goaties to the end of the board’s pathways by rolling either a 3 or 33 (33 earning a “BILLY BONUS”), and along the way, can create blockades while winding around Red Daisy Way, Hide & Seek Rd., Ice Bridge Ave., and Hellbender Dr., to end up Meeting At The Creek. (As you may have guessed, all these game elements are named after Billy Strings songs.) 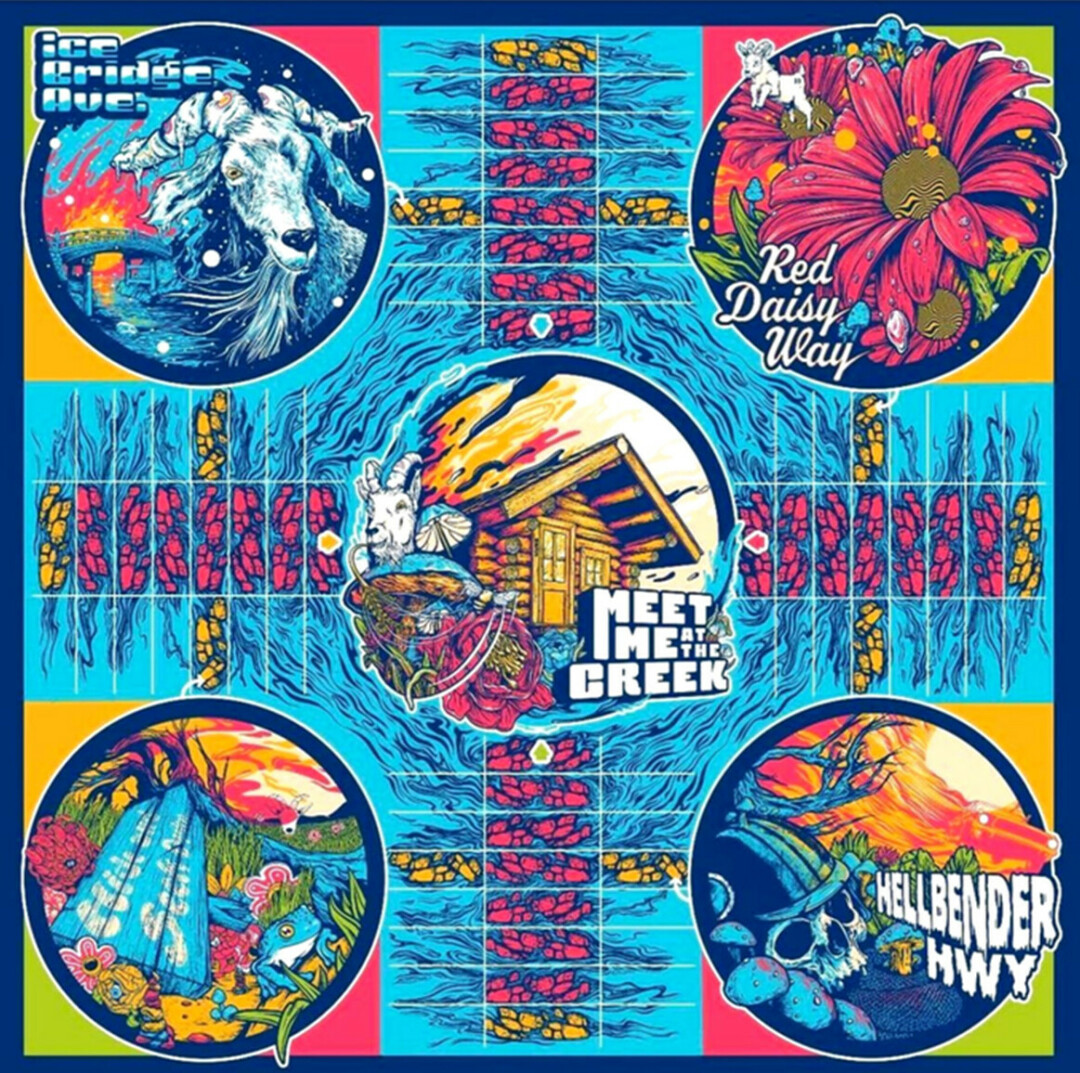 The game requires strategy too, as there are a few “safety areas” and landing strips that may come into play while racing to the end. Further additions to the game will be available via Goat Games’ website in the future, including special edition Goatie playing pieces inspired by Billy Strings’ own team.

To get Meet Me At The Creek up and running, a Kickstarter was launched with a goal of raising $25,000 by Sept. 10. Kickstarter is an “all or nothing” fundraising website, so if the game does not hit its goal, none of the pledges will be collected. As of July 28, $7,776 had been pledged by 64 backers.

Bremer said the team is on track to raise enough funds by the fall deadline, especially after a July 27 Strings concert that Bremer and a group of buddies went to where they gave the Strings crew a prototype of the game. Bremer was in the front row – arriving at the venue at 7am for the nighttime show – so Strings saw signage he brought about the game, and even responded.

“Looks like this guy is trying to get something going over here,” Strings said. “I think you should support him!”

In the meantime, swing over to MMATC’s Kickstarter to support the game and earn some incentive prizes. If you ever find yourself on the road to one of Strings’ concerts, keep an eye out for Bremer –he’ll be following along and going to every tour show until the Kickstarter ends to promote the game and see Strings live.

Visit Goatful Games’ Facebook page and Meet Me At The Creek’s Kickstarter to learn more and support the project.