Board Game Palooza: Garage Sale for Board Games at The Brewing Projekt 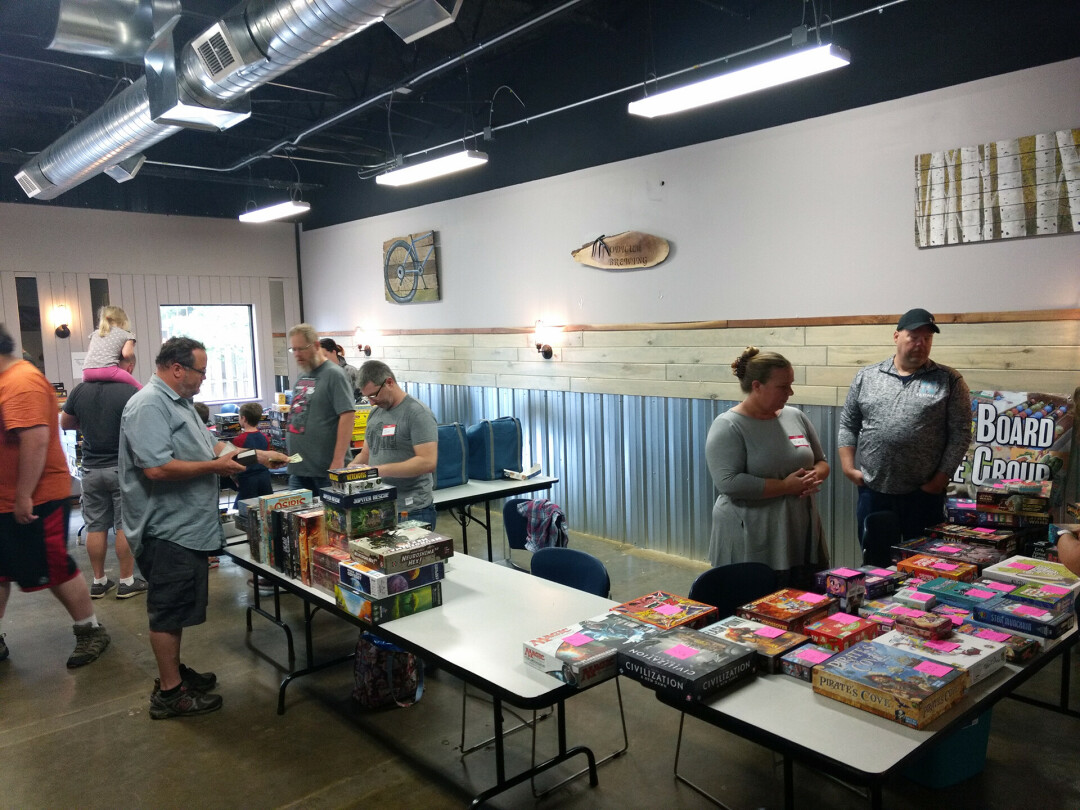 (BOARD) GAMERS UNITE! The Board Game Market will take place on May 29. (Submitted Photos)

Popular board and tabletop games like Dungeons and Dragons or Settlers of Catan can be expensive. How about a chance to score some fun games at an affordable price from the local gaming experts?

The Eau Claire Board Game Group is hosting the Board Game Market on Sunday, May 29, from noon to 6 pm on the third floor of The Brewing Projekt. It is a casual public event, operating as a garage sale, except it is all board games. 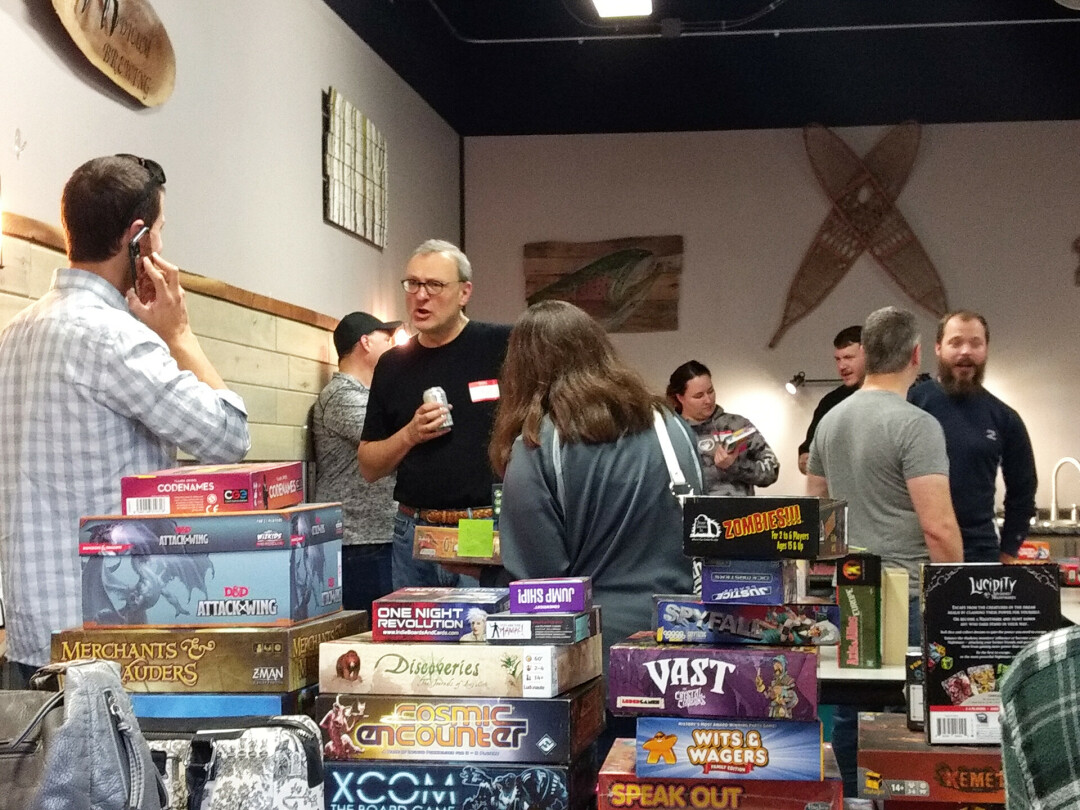 “It’s a way to get the community out in the public during the daytime and let everybody meet each other,” said Brandy McQueen, founder of the Eau Claire Board Game Group and host of the Board Game Market. “So much of the time, people end up in their own little gaming bubbles that it’s hard to see that you’re part of a bigger community.”

The event is open to everyone, whether that be longtime game board enthusiasts, newcomers to the community, or even someone stopping by The Brewing Projekt for a beer who is curious to see what kind of board games might catch their interest.

From Settlers of Catan to Zombicide to Kittens in a Blender (it’s more fun than the title implies) there will be anything and everything a gamer could think of at second-hand pricing, so you won’t have to pay the same dollars as you would for a brand-new game set. The gamers will also be able to explain the games they’re selling in great detail, so you can discover if they’re tailored to your interests or not.

“I hope people are able to really get some good deals on some games that they’ve really been looking for,” McQueen said. “Or maybe they end up finding a game that they love that they might not have known that was out there.”

To ask about selling your own board games at the market, contact McQueen at eauclaireboardgamegroup@gmail.com. 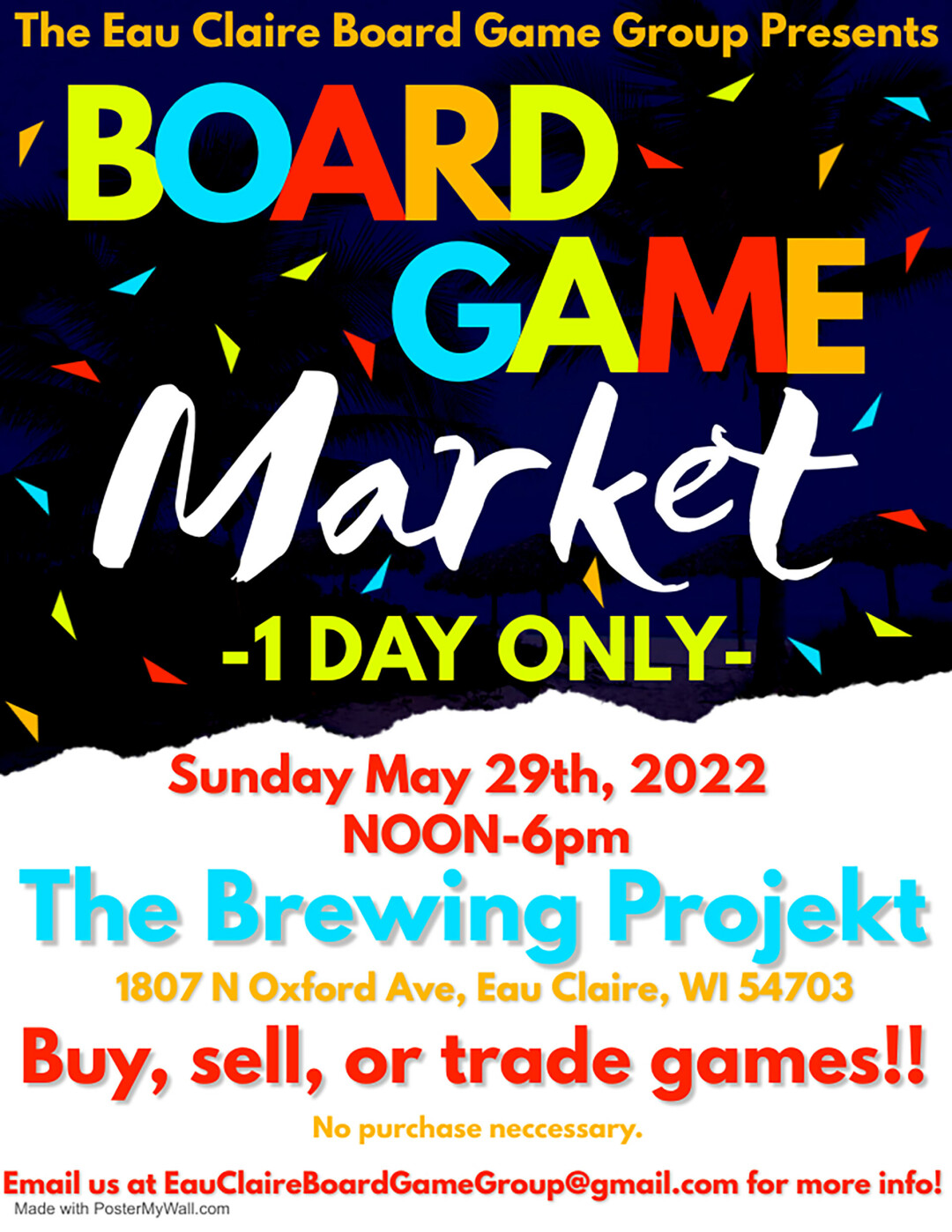