Are You the Next Crokicurl Champ? Compete in This Year’s U.S. National Championship 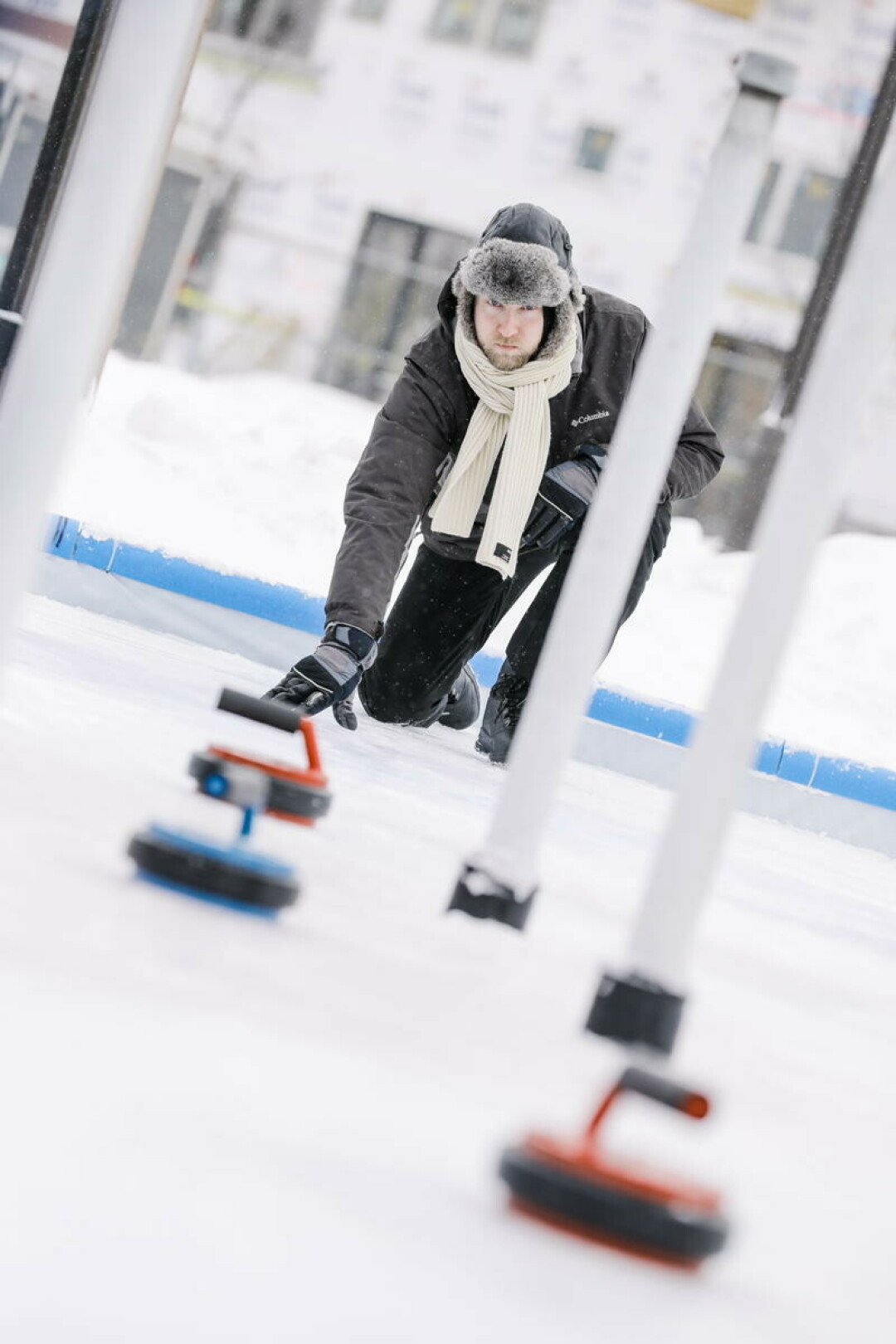 ARE YOU A CROKICURL CHAMP? Try your hand at the newest sport in the Chippewa Valley: crokicurl, which combines curling with the Canadian board game Crokinole.

Get ready to glide, slide, and take pride in your crokicurl skills at the second annual U.S. National Crokicurl Championship, which is slated for Saturday, Jan. 29, in Altoona’s River Prairie Park.

If you've never heard of crokicurl, no sweat! Most of us hadn’t either, until the City of Altoona decided to build the first rink in the entire United States last winter. Crokicurl combines the venerable sport of curling with crokinole, a Canadian board game in which players flick small chips toward the highest-ranking region on an octagonal board.

(Crokicurl is) a winter sport that no one’s an expert at. So everyone's starting from scratch. Everyone’s kind of at the same level ... so it’s something fun and new to play.

Creator of the sport crokicurl

The championships are open to teams of two players, double elimination, and costs $20 per two-person team. Anyone age 16 or older is welcome to give it a shot. Last year, the first U.S. Crokicurl Championship drew eight two-member teams to the colorful sheet of ice in Altoona's River Prairie Park, where duo team comprising Mike Peplinski and Ron Parks were named the first-ever crokicurl national champs. If those names ring a bell, it’s because the two are longtime successful curlers. Peplinski was even part of the U.S. Olympic Team at the 1998 Winter Olympics in Nagano, Japan.

But don’t be daunted by the stats: crokicurl is really for anyone, and it’s best to slide into the sport early. “(Crokicurl is) a winter sport that no one’s an expert at,” said Liz Wreford, the Canadian who invented the sport. “So everyone’s starting from scratch. Everyone’s kind of at the same level … so it’s something fun and new to play.”

Register for the championships by Jan. 27 here, and read more about the sport here.

OTHER WAYS TO PLAY

Want to learn a bit more about how to play crokicurl before fully committing to becoming a national champion? We don't blame you. Check out these local opportunities to give crokicurl a try, thanks to Altoona's parks and recreation department.

Whether you know how to play, or you’re like most Americans who have never heard of this new sport, check out the new Crokicurl Family Fun Nights, where two, two-person teams (comprising individuals ages six and up) can play matches at 6, 6:30, 7, 7:30, and 8pm. A maximum of ten teams are allowed per night, with three out of five rounds per match. Registration costs $5 per two-person team. Register to stay in the loop of dates, as it depends on the weather! (Wisconsin weather, am I right?)

Stretch your skills with this new crokicurl league, which is open to two-person teams comprising adults aged 18+. The number of games is determined on registration (the more the merrier!), with the league limited to eight teams. Get ready to crokicurl at River Prairie Park every Tuesday night from 7-9pm (dependent on weather). The cost is $40 per two-person team. Register to stay in the loop of dates.

Want to blend a family-friendly environment with folks of all ages? Check out this new family-friendly crokicurl tournament, which is open to teams of two players ages six and up. Teams will be split into two pools of three, where a round robin will be played. Round robin play will be three out of five rounds per match with the top two teams moving on to bracket play. There is an eight-team limit. Check it out at 9am. The cost is $20 per two-person team. Register to stay up to date on the schedule.