Two Travel Vloggers Have One Thing to Say About Venturing Through Eau Claire: ‘We Had a Blast!’ 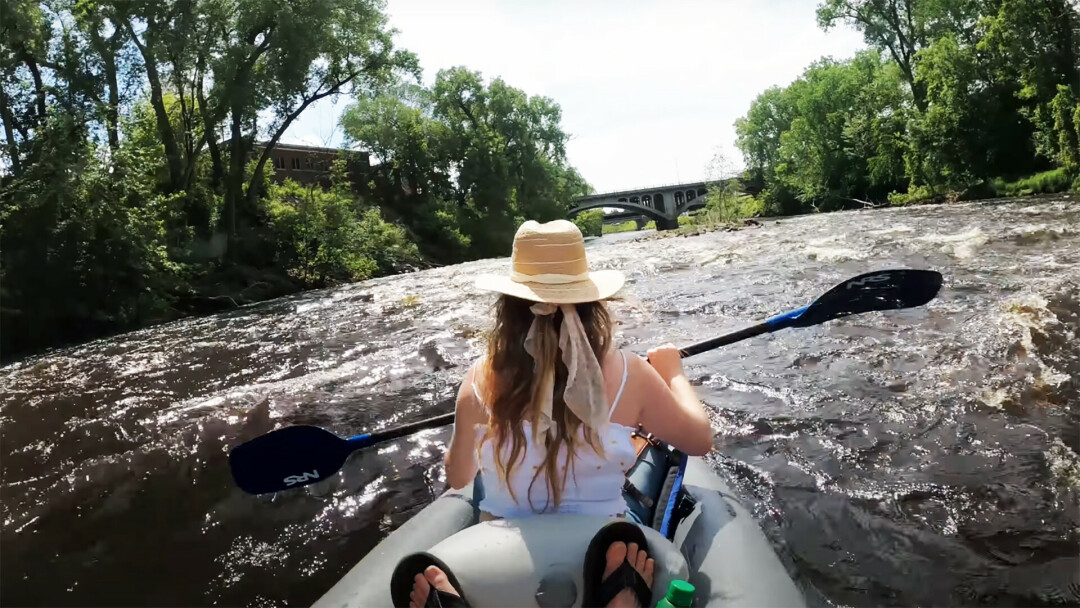 EXPLORE MORE. Eric and Allison Bieller of the YouTube channel The Endless Adventure recently checked out Eau Claire, thanks to a sponsorship from Travel Wisconsin. Check out all the cool places they reviewed – and see if you've been to them, too! (Submitted photo)

Eric and Allison Bieller travel the world full-time and – thanks to Travel Wisconsin – had the chance to check out downtown Eau Claire, which they consider Wisconsin’s most charming city.

The travel duo documented their adventures in a video on their YouTube channel, The Endless Adventure, which has already garnered more than 34,000 views for its scenic drone shots of Eau Claire rivers, picturesque murals, and – of course – close-ups of delicious local food.

Check out their adventure through Eau Claire here:

Want to visit the same locations?

Have you been to all of the locations in their video? If not, here's a list of all the places they visited and things they did in their visit to Eau Claire that you can check out, too!

1. Kayak in the Chippewa River 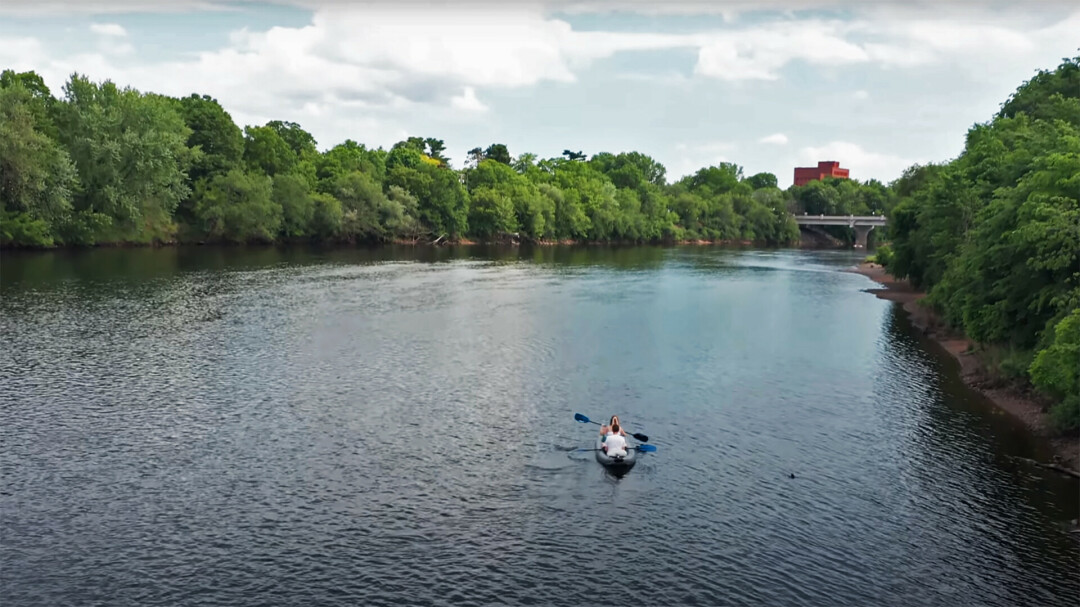 The Biellers started off their adventure kayaking in the Chippewa River, getting a little bit wet with warm summer water.

If you're looking to rent or buy a kayak or canoe, check out your options here. 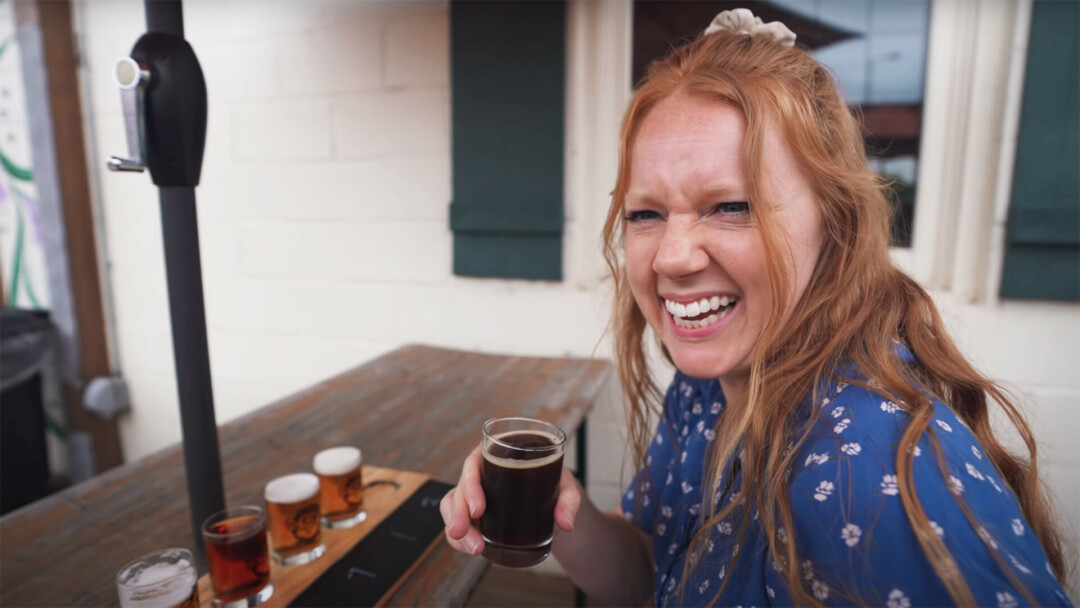 After making a splash on the river, the duo checked out a flight of beers at Lazy Monk Brewing (97 W. Madison St., Eau Claire). They were big fans of Lazy Monk’s signature Peanut Butter Stout!

3. Stay a night at the Oxbow Hotel 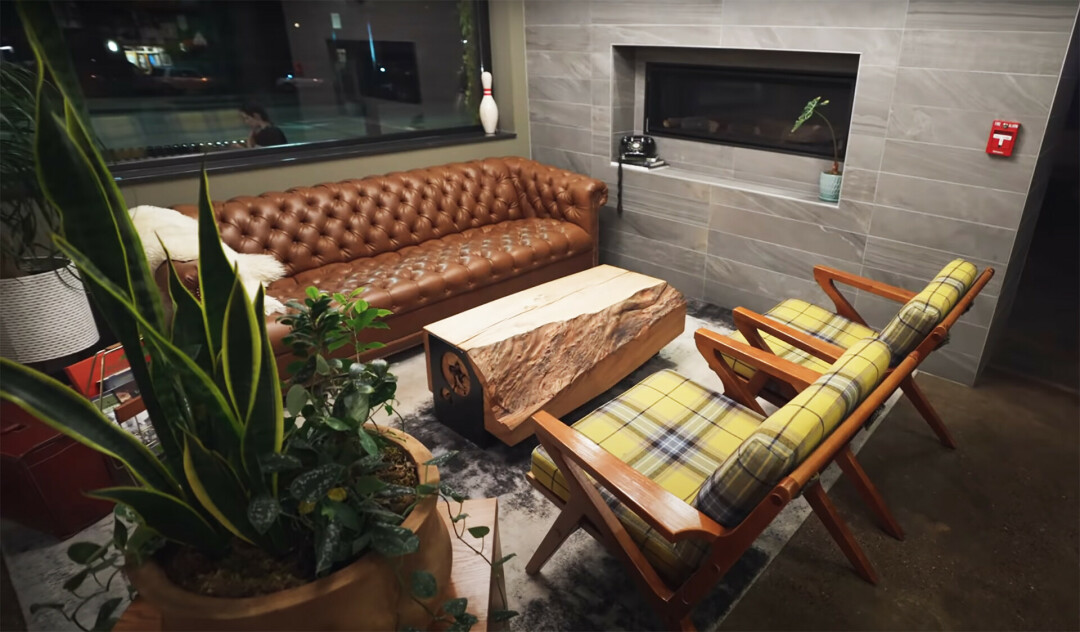 After a long day of adventuring, the travel duo spent the night at The Oxbow Hotel, where they jammed out to some of the iconic retro records in the hotel, with artists like Angel Olsen, Ray LaMontagne, and Bon Iver. “It’s just incredibly charming, like most of the buildings in downtown Eau Claire,” Eric Bieller says in the video.

The Oxbow Hotel opened in October 2016 in a three-story hotel built in 1947 and an adjacent two-story structure built in the ’60s. This mid-century modern hotel and restaurant (Did we mention The Lakely?!) feature amenities such as record players and a record library, jazz nights, craft cocktails, bonfire pits, and a place where guests can snag bikes, kayaks, and canoes.

The hotel and restaurant reopened after closing amid COVID-19 in early June. 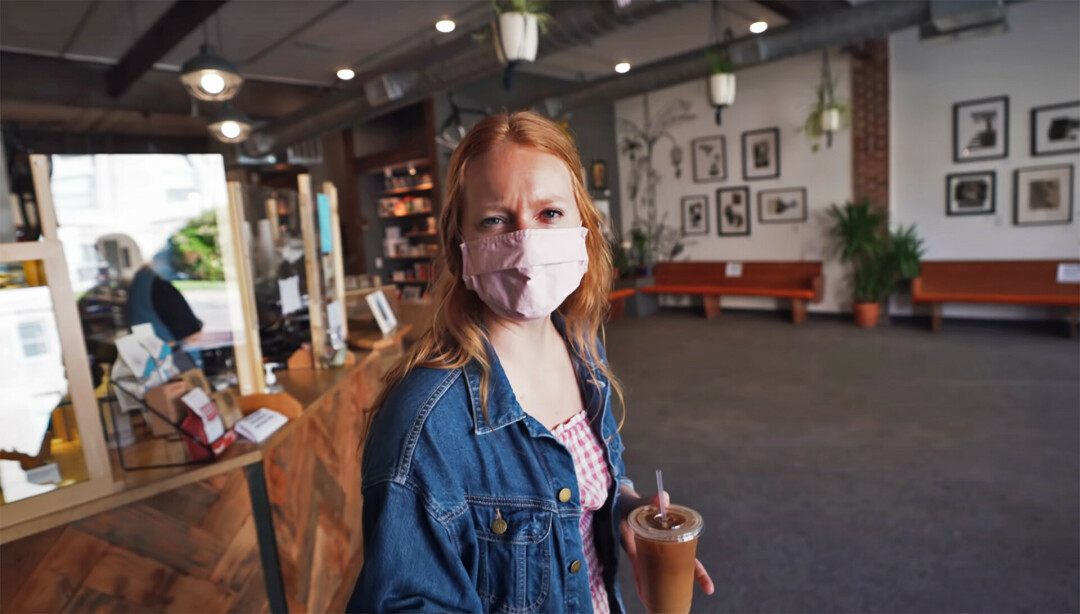 After a night at The Oxbow Hotel, the Biellers grabbed coffee at SHIFT Cyclery & Coffee Bar (and admired more of the wood accents, signature to much of Eau Claire’s architectural schemes).

Though the Chippewa Valley has no shortage of unique coffee shops, SHIFT is unique because it doubles as a full-service bicycle repair shop and a craft coffee bar. Its cozy atmosphere in its creative lounge offers the perfect spot for late-night literary open mics, local music performances, and more.

Check out their Facebook for upcoming social rides this summer.

5. Check out the new Sculpture Tour 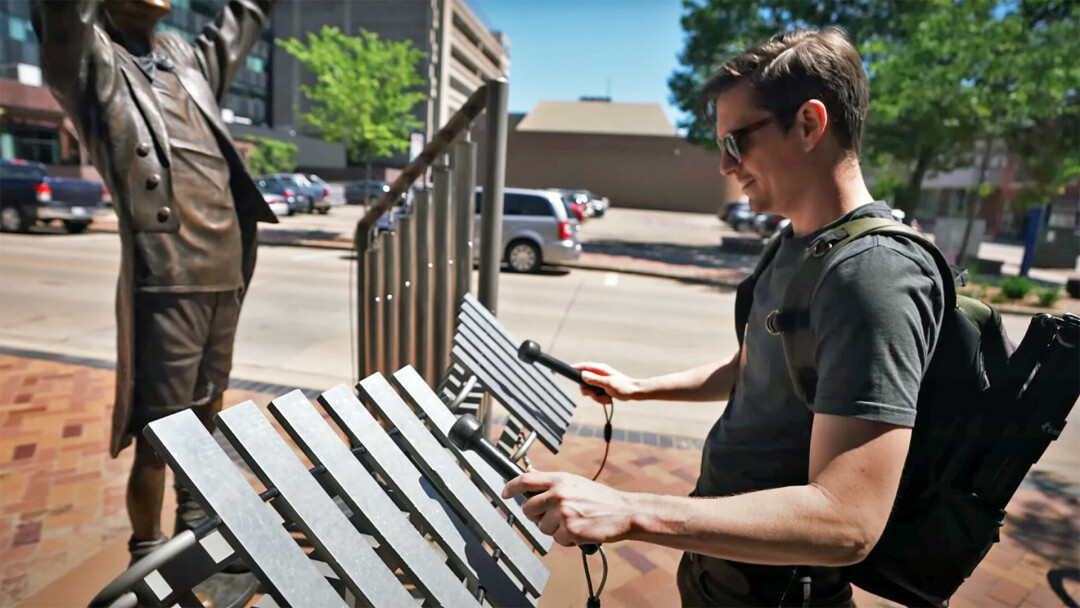 The Biellers were stunned by the newest Sculpture Tour Eau Claire, which features more than 50 sculptures!

Check out all 55 sculptures – or take a peek at them online soon – and vote for your favorite for the People’s Choice Award by Dec. 31. Ballot boxes are located near each sculpture, or you can vote online at sculpturetour.org.

6. Get breakfast at The Nuc 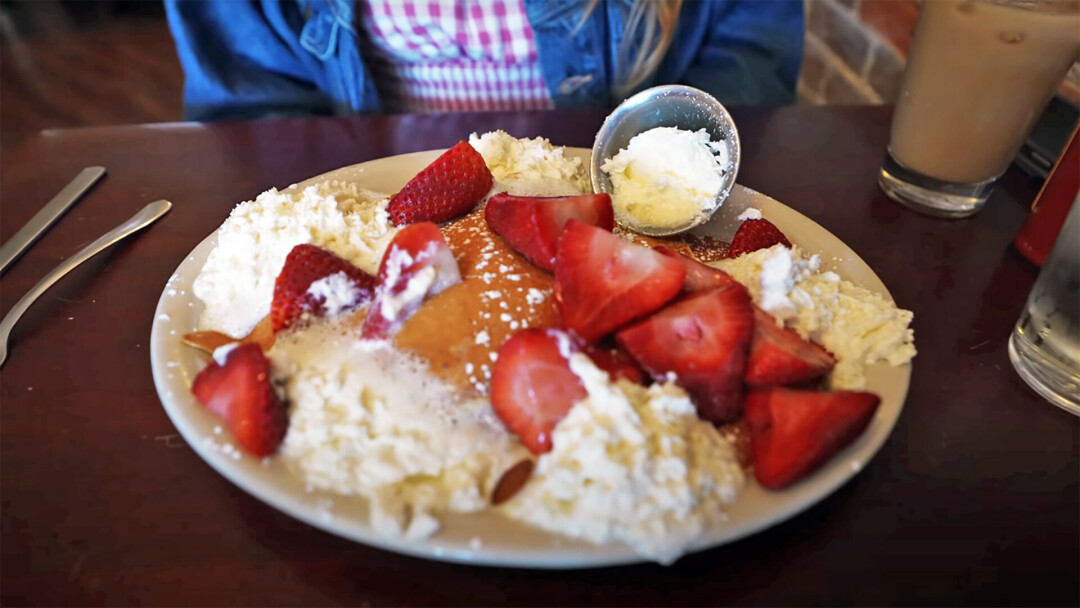 Next on their list of things to do? Breakfast at The Nucleus (a.k.a. The Nuc), of course! They snagged The Nucleus’ iconic Lemon Ricotta pancakes, topped with whipped cream and strawberries. “Pretty much everything on their menu, when asked, is highly recommended,” Allison Bieller said.

The Nucleus was voted the Best Breakfast Spot in the 2021 Best Of the Chippewa Valley Reader Poll, so it's no wonder the Biellers found that everything is highly recommended. 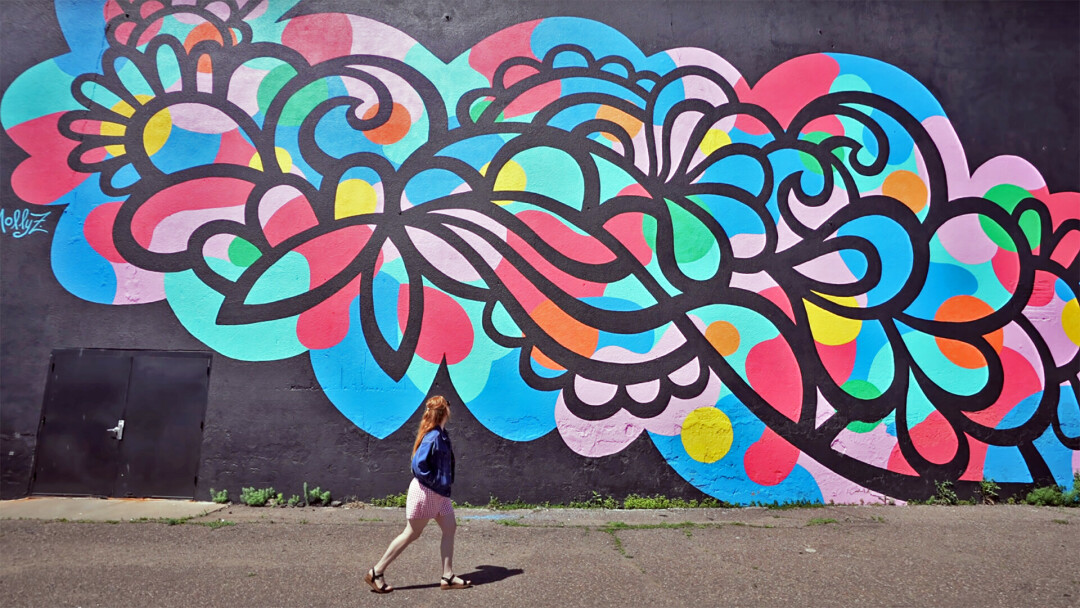 They took a peek at some of the iconic Eau Claire murals – including the Bon Iver 22 a Million record mural and Molly Z.’s mural “Cascade” – on the “Midwest Indie Streets” of downtown.

There's no shortage of opportunities this summer to expand the mural scene in downtown Eau Claire through ColorBlock and The Oxbow Hotel's artist residency program with Pablo Group, which invites artists to muralize The Fire House this summer. 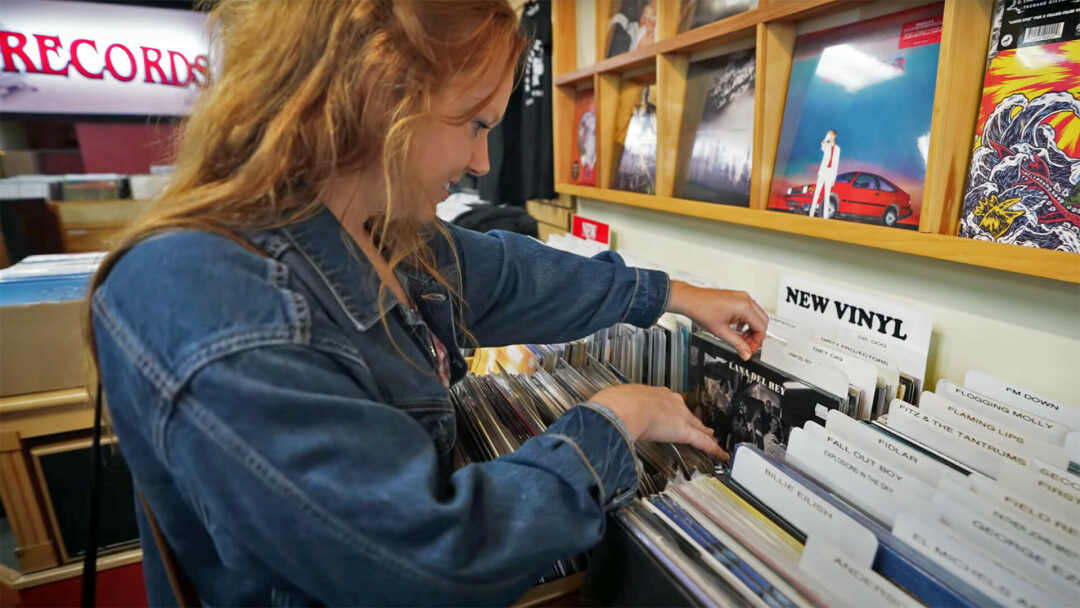 That’s when they spotted one of Eau Claire’s gems: Revival Records. The longtime travelers had always wanted a record player for their van, so they stopped in.

Revival Records has been a staple of the Eau Claire music scene since it opened in 2009. We recently got to chat with owner Billy Siegel about his longtime love of music in our Questioning the Locals section. Check it out here. 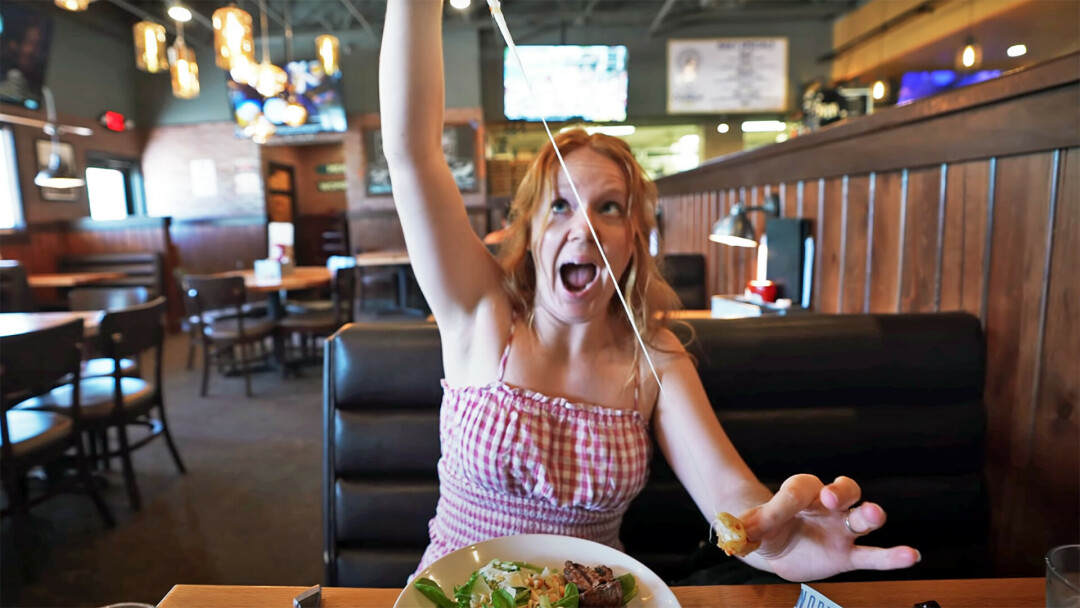 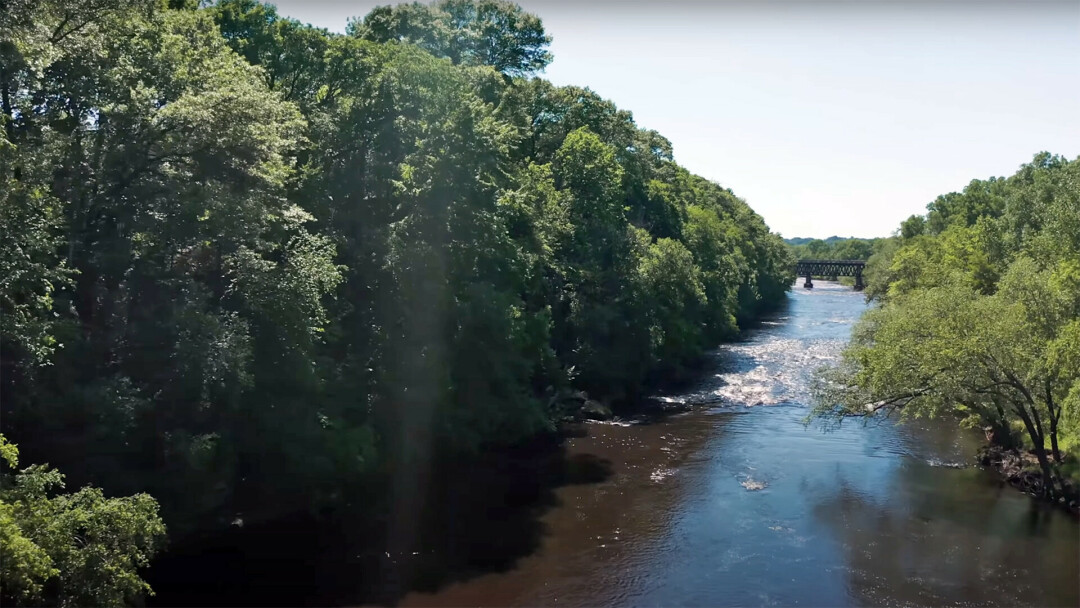 The coupled signed off by talking about all of Eau Claire's scenic bridges. You can check out a list of those bridges here.