taking a spin with the owner of Revival Records 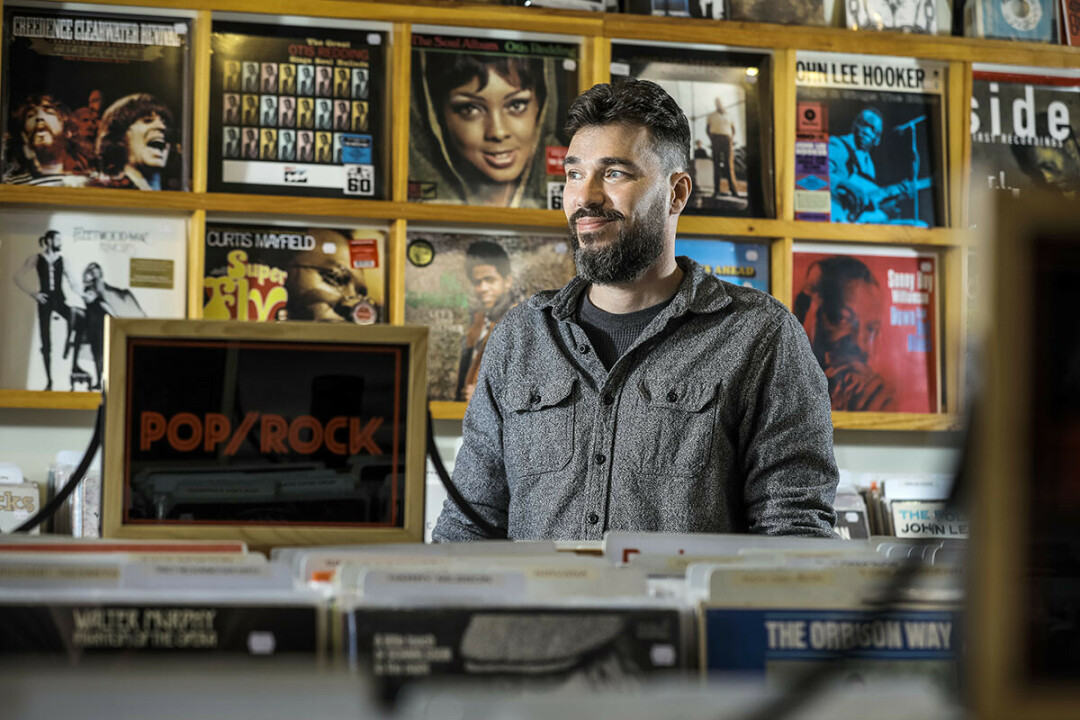 For more than a decade, Billy Siegel’s Revival Records has been a magnet for music lovers in the Chippewa Valley and far beyond. A lifelong love of music – especially of vinyl records – inspired Siegel to begin his business in 2009. We caught up with him at Revival Records, 128 S. Barstow St., where Billy talked about music festival magic, tater tot hotdish, and the enduring appeal of Fleetwood Mac.

Who is your typical customer at Revival Records?

Over the years the demographics have actually changed a lot in here. Right now, I would say my main demographic is trending younger and younger and more female. And they’re actually buying a lot of hip-hop. They still buy other stuff as well – your ABBA, your Etta James – but for the most part they’re buying rap. Our demographic has changed from 25- to 30-year-old males when I first started – who were buying Pink Floyd, Jimi Hendrix, Led Zeppelin, the Doors – and it’s changed. My crowd’s getting younger and older. My mid-20s to 30s (customers) are now going younger to the teens, and also a lot of older people who had record players and record collections back in the day are now re-finding their love for it because of the rejuvenation of it.

Are you the kind of guy who’ll argue that music sounds better on vinyl?

No. I don’t ever make that argument, and I don’t want to. I’m sure people can make that argument. As far as clarity, you can’t beat digital. You can clean an album up to be spotless. But for me, vinyl has always been about the experience, and just the process of owning vinyl and taking your time with it, is slowing your life down, which is what I needed in my life when I first got into it.

For me, vinyl has always been about the experience, and just the process of owning vinyl and taking your time with it, is slowing your life down, which is what I needed in my life when I first got into it.

What place considers you a regular?

I’m an outdoorsperson. If there’s a chance where I can be outside, I’m outside. So some of the local snowboard mountains would be my first place to do. I’m from the Duluth-Superior area originally, so Spirit Mountain is my stomping grounds. But if you had to say a local business in town, I would say Cancun Restaurant.

Phoenix Park. Not only from a store standpoint, but also from a personal use standpoint. I enjoy walking down there, I enjoy just being there by the river, but it’s been wonderful for tourism in the area. (The Sounds Like Summer Concert Series) brings in a ton of business for me, so from a business standpoint that would be the most beneficial thing, but honestly I love it as well. 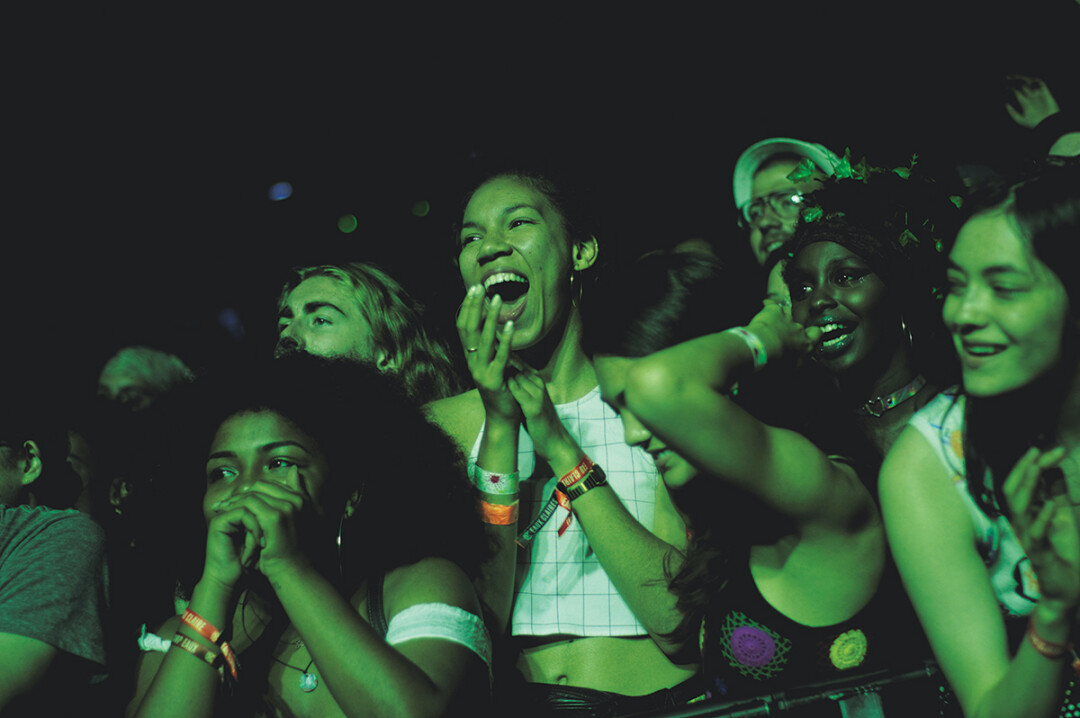 The audience at the Eaux Claires Music & Arts Festival. (Photo by Luong Huynh)

My most memorable, one that I’ll have with me forever, was at Eaux Claires fest – I don’t even remember if it was the first or second Eaux Claires fest. I was just standing watching, enjoying the show, and I watched this couple lock eyes from across the way, and they both stared at each other, just gazing at each other’s eyes, and they slowly walked up to each other, and they embraced like they hadn’t seen each other in 50 years. They hugged, and it was the most beautiful thing I think I’ve ever seen, because it was genuine, it was true. These people had not seen each other in forever, and they found each other at this concert, and it was just a beautiful moment.

Is that kind of moment facilitated by the music? It certainly had a magical vibe out there.

Yeah, honestly I think it brought two people together who hadn’t been together for a long time, and the music brought them together. With the whole experience of the moment, it just heightened it. … Every time I think about it, it makes me feel good.

I don’t know if you’d call it art, but I would like to see a large, walk-through botanical garden, with all different species of plants and wild habitat. 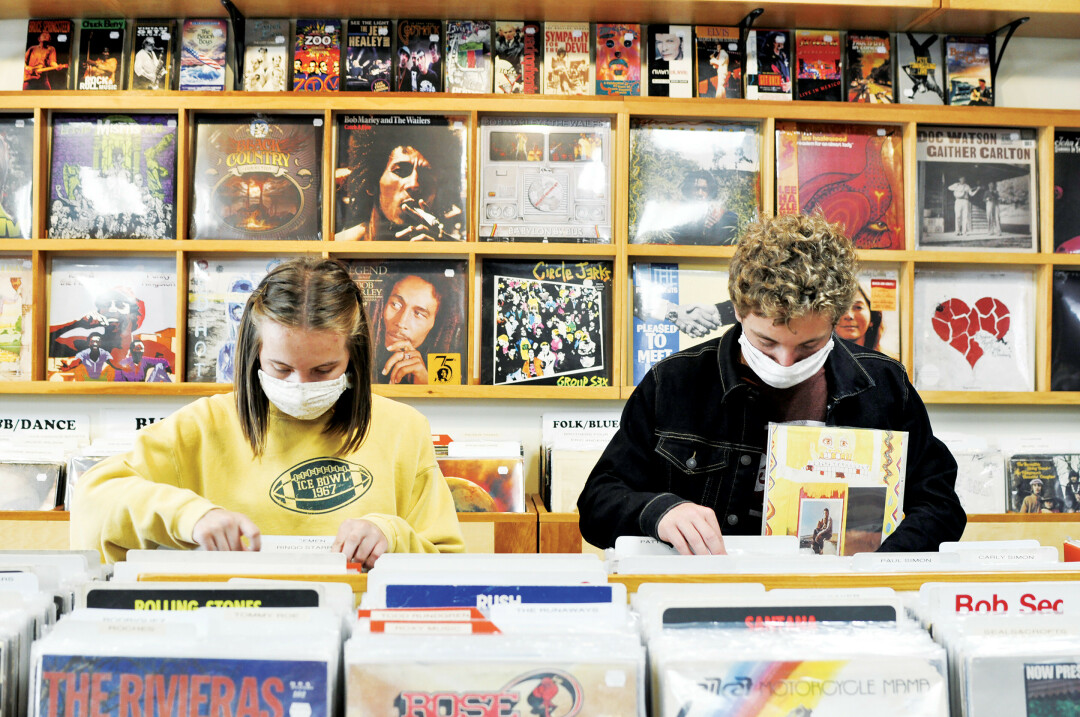 What impact has COVID had on the business?

To the upside for me. With everybody being hunkered down, it’s given them a lot of free time, and so they come in here and they buy quantities of records. I used to do a delivery service when I first was shut down. I would deliver records to their house, and they would pay over the phone. And then when things started to open up a little bit, then they would come in here and they would buy large amounts of records. … It seems like a lot of record players were sold this year for Christmas, which has also helped business.

Death bed, last meal from a local restaurant, what would it be?

A large ribeye from Houligans with the candied garlic sauce. That’s one of my favorite meals in Eau Claire. That’s definitely a birthday meal. And/or anyplace that has tater tot hotdish.

Do you have a favorite piece of local trivia?

I hear all kinds of stories about local trivia coming through here. The one that I’m not 100% sure if it’s true or not is the Bob Seger story, about him writing “Turn the Page” in Eau Claire.*

What is the most common record request you get?

Fleetwood Mac, Rumours. The TikTok video, the guy drinking cranberry juice. That one was a good seller for me. (laughs) … It’s a meat-and-potato record.

If you could recommend an album for the City Council to listen to, what would it be?

I would probably say, with no meaning involved, if I could recommend an album to just sit down and listen to and chill out, it would be Tracey Chapman, Crossroads. It’s beautiful. It makes you slow down. And I think that things are moving very fast, and I just think we need to slow down a little bit.

*In several interviews (including here and here), Seger has stated that his 1973 hit was written in a hotel room in Eau Claire.