UPDATE 8/11/14: Pitchfork is steaming the album (http://pitchfork.com/advance/509-de-oro/) and has choice bits of the band's bizarro press release here. 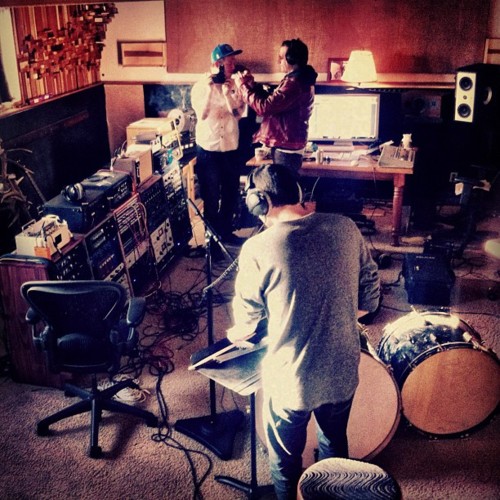 A couple years ago there were rumors flying out of April Base – Justin Vernon's Fall Creek studio – about a collaboration between Vernon, Bon Iver bandmate S. Carey, and Minneapolis rapper Astronautalis, but nothing really came of it (besides a few kinda cool Instagrams).

Until now. The Current has a short (and weird) teaser video and a couple more details. Former-Eau Clairian-turned-Minneapolis-superstar producer Ryan Olson has a hand in it (no surprise) and it's called Jason Feathers. Yes, Jason Feathers, everybody. That's what we've been waiting for.

Watch the teaser below and stay tuned for whatever comes next.