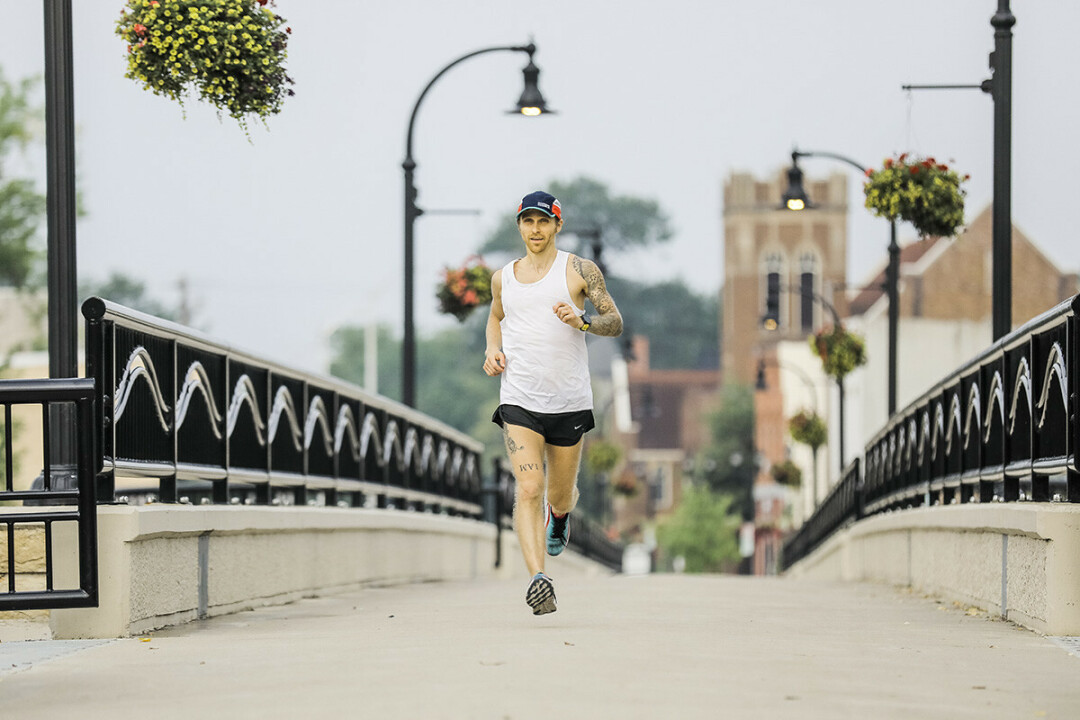 STEP BY STEP. Alex Rongstad decided last year he wanted to run down every last street in Eau Claire.

Long-distance runner Alex Rongstad set an ambitious goal for himself last year: running every street in Eau Claire. That’s something like 500 miles, and Rongstad made it even more challenging by starting each run from his downtown apartment.

It was an attempt to reconnect with his hometown and his own love of running.

“All streets lead to you,” he told Volume One last year. “Eau Claire fosters that notion that we’re not that far apart. We’re really close, in fact. If we can get past the superficial differences that we have … we’re really not that different.”

Rongstad’s journey, first chronicled in an August 2021 Volume One feature story, is the subject of a new segment of the PBS Wisconsin program Wisconsin Life created by producer Ryan Ward. The segment premieres on the airwaves at 7pm on Thursday, Nov. 3, but you can view it here now:

In the seven-minute segment, viewers are introduced to Rongstad and other members of the Eau Claire community, as well as to a wide array of local scenery in several seasons (even the Volume One World Headquarters makes a cameo).

You’ll also learn Rongstad’s not-so-secret secret to perseverance: “Just put one foot in front of the other, and when you choose to do that, you’re already there.”