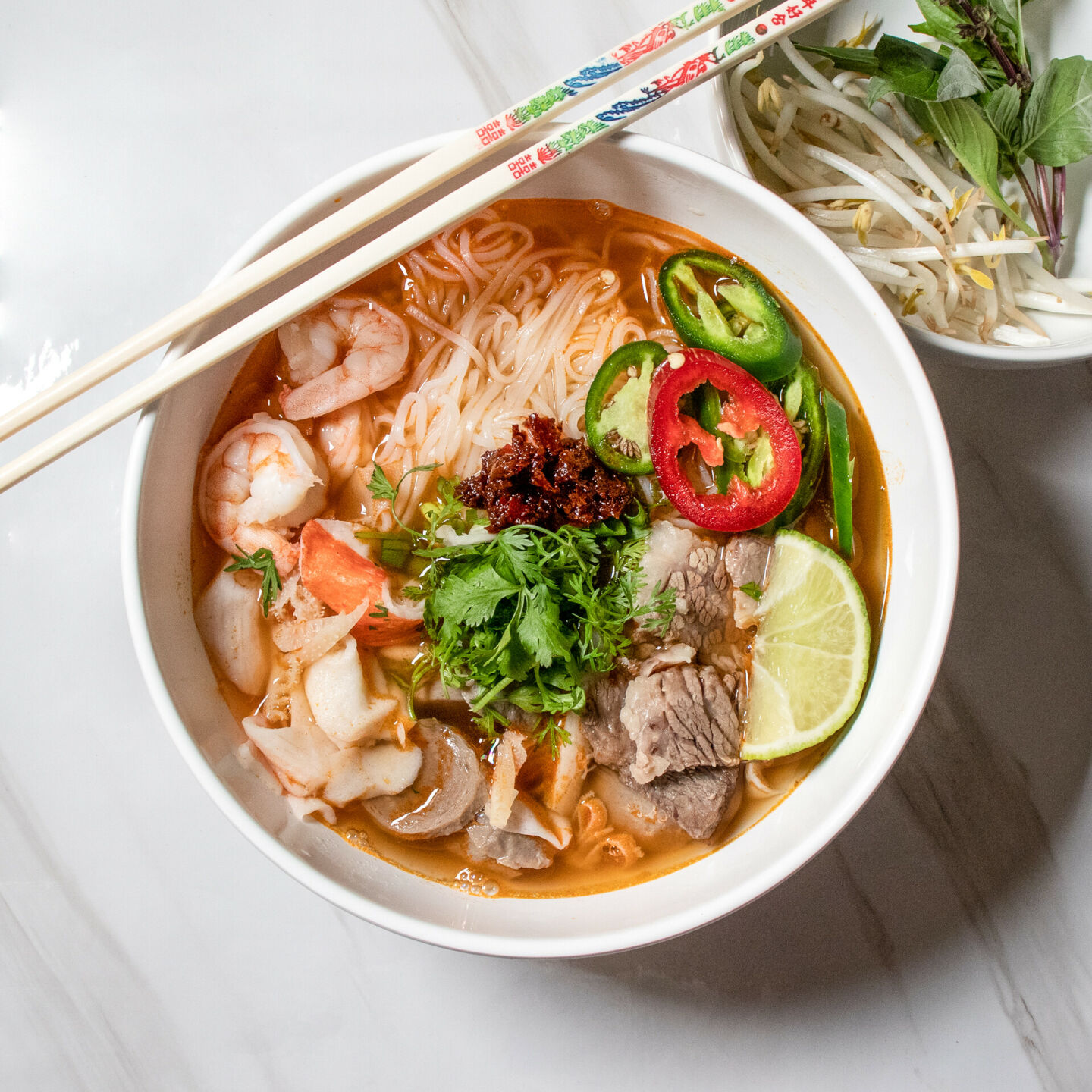 A LOVE-HEAT RELATIONSHIP: Taking on the Spiciest Food in the Chippewa Valley

Spiciness is subjective. Some hate it while others can only find joy in life when their tastebuds are left totally scorched and sweat is beading on their forehead.

Technically, spiciness isn’t a flavor. Capsaicin (which is found in chili peppers) is a chemical that activates receptors in your body and tricks your nervous system into thinking you’re overheating. The sensitivity and amount of these receptors vary from person to person, so while some may find a dish with mild zing, it may be H-E-double-hockey sticks to another. I tend to sit closer to the sinful side of the spectrum – finding food just a bit more fun when it has that kick to it.

That being said, I still appreciate when heat complements the other flavors in food instead of overpowering them. Therefore, any foods that require a waiver to be signed before ingesting will not be included. You might think that’s lame, but I care about my tastebuds surviving, OK?

Here’s a list of some foods from around the Chippewa Valley that can appease most spice-lovin’ foodies:

This pizza is a fun one with enough heat to wake up your senses, but tolerable enough that spice-sensitive folks can still enjoy the medley of flavors. The hand-crafted za is topped with traditional goodies like chicken, bacon pieces, onions, and tomatoes, but the additions of jalapeños and pineapple all dressed up with spicy Korean BBQ sauce, makes this one a stand-out for me. The flavors work and dance well together, finding harmony between sweet, spicy, and tangy. 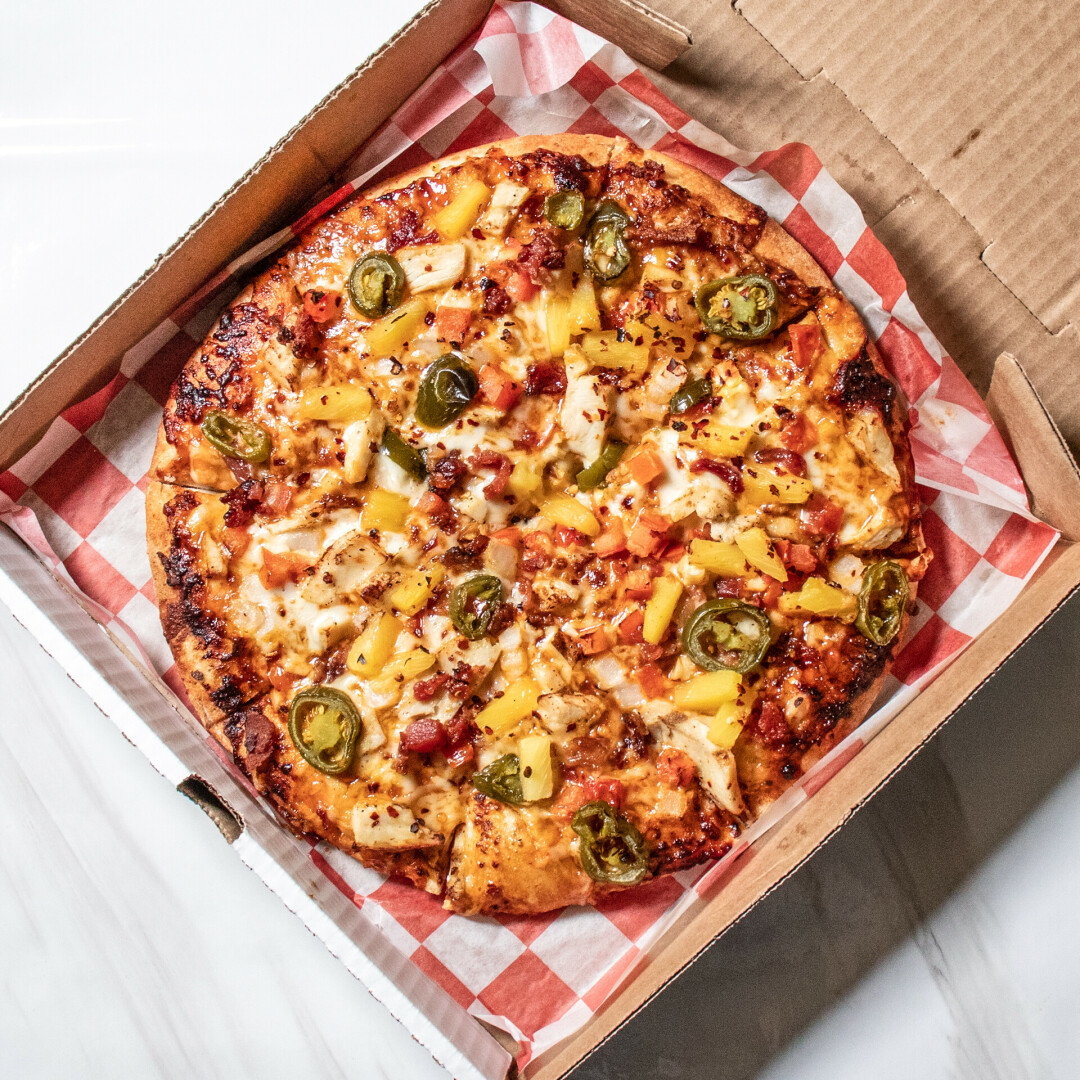 If you’re a food-truck lover, you probably know California Tacos, and their Birria Tacos are exhilarating. These bad boys are stuffed with tender Birria beef and gooey cheese, fried into a crisp, quesadilla-like masterpiece. The tacos and consommé (Birria stew broth) don’t come out amped with spice, so I like to douse the tacos in their hot sauce before dunking them in the consommé. If you’re in need of more heat than that, ask for chili oil to be added to the consommé before dunking. Be careful with this one, though! 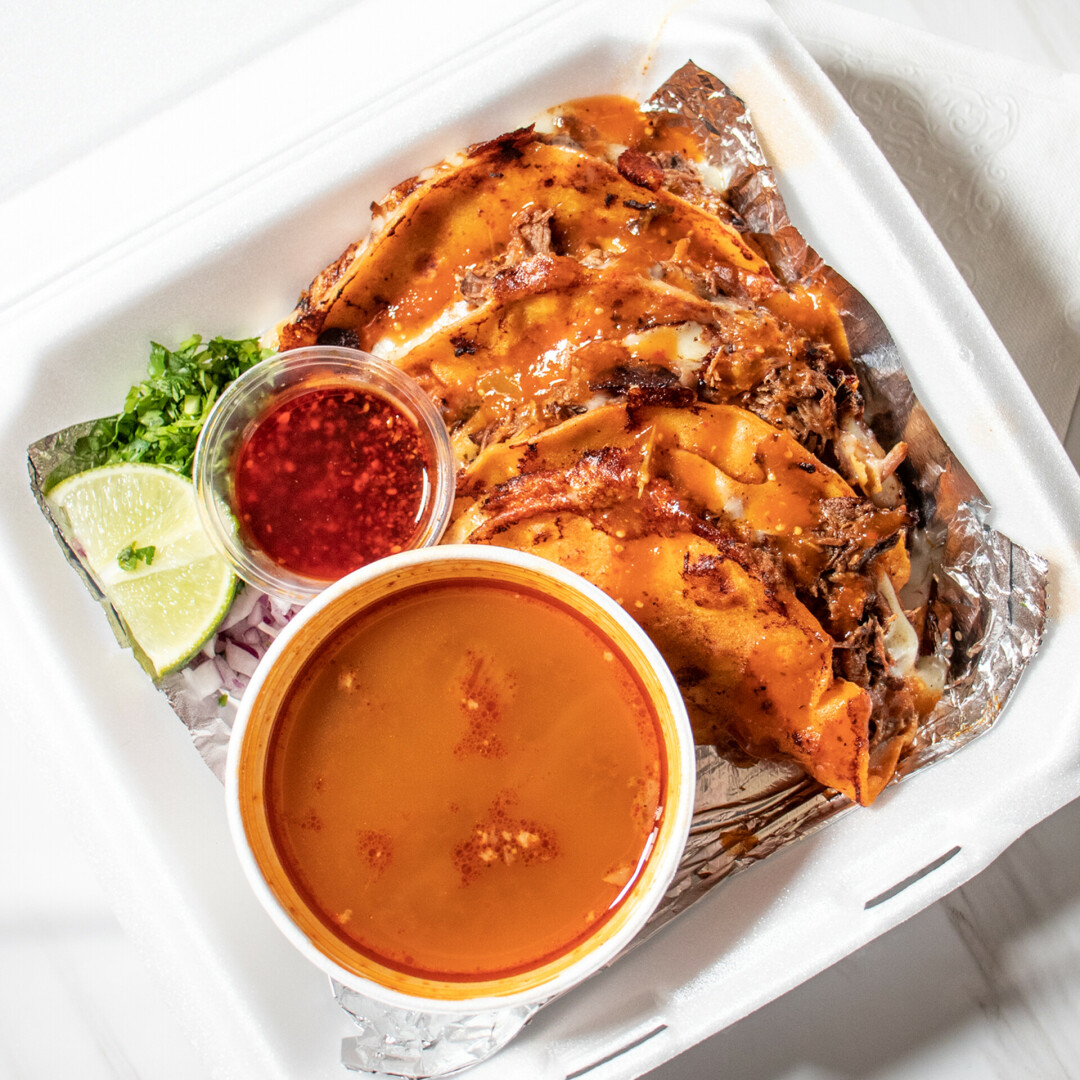 Mmmm, pho. Pho broth usually doesn’t usually come spicy, but where’s the fun in that?! This rice noodle soup is famous for its customizability, exemplified by the wide array of condiments and garnishes that come with it at Thai Orchid in Eau Claire. The broth here is wonderfully flavored on its own, but the magic happens for me when the hoisin sauce (fish sauce + sriracha sauce) joins forces with the herbs, mung bean sprouts, and copious amounts of jalapeño pepper. If you are feeling risky, add chili oil – all of it. 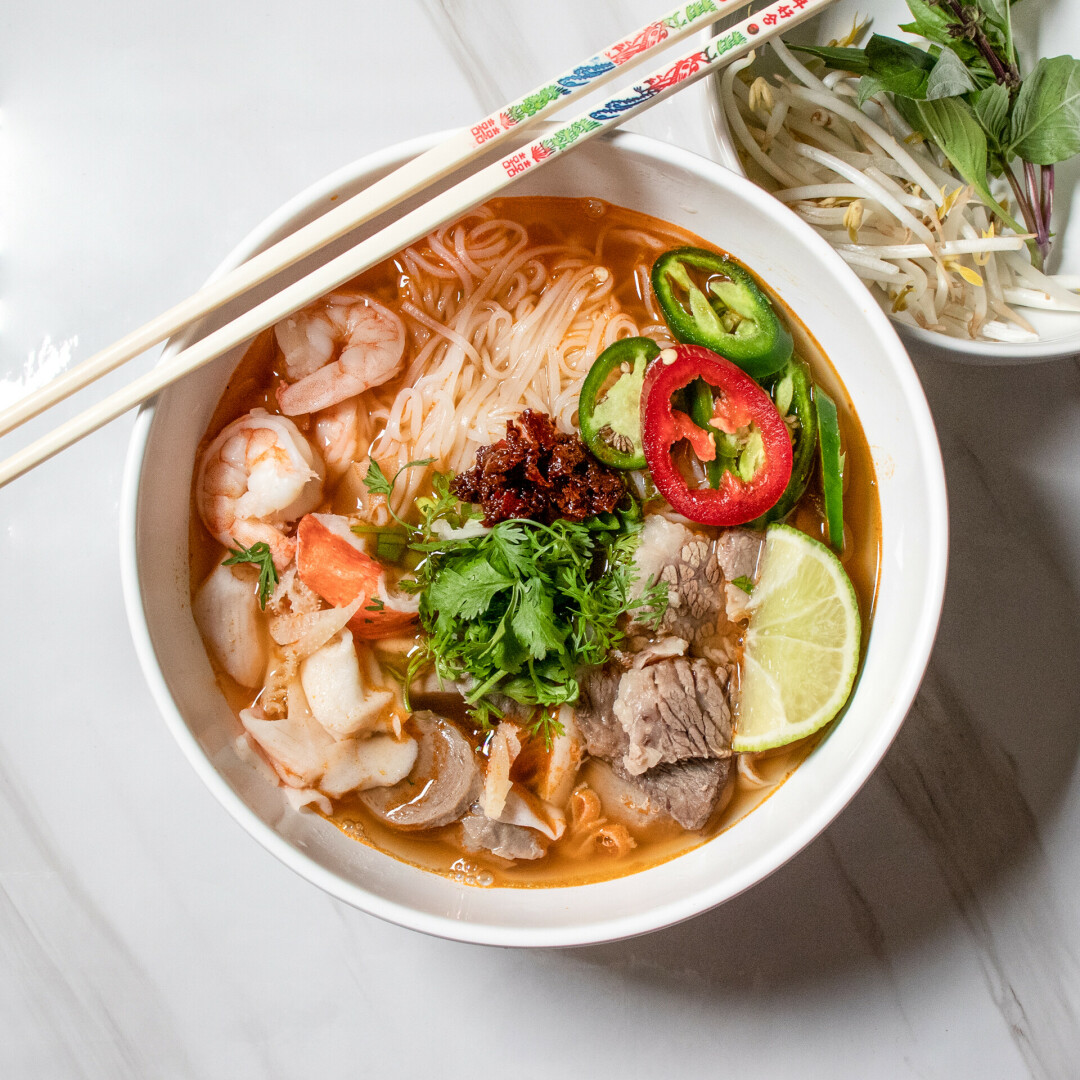 Green Papaya Salad (Lao) – My Deli (inside Amerasian Food Plus)

Now, this one’s a funky dish. The freshly shredded green papaya is accompanied by a menagerie of complex flavors including crab paste, fish sauce, and tamarind paste. The concoction is then smashed until the flavors are well meshed. This salad should be made hot-hot-hot since the flavors are aggressive enough to hold their own against the heat! I like mine with four to six Thai bird’s eye chilis, but I’m also kind of dead inside – so ease in. You’ve been warned! 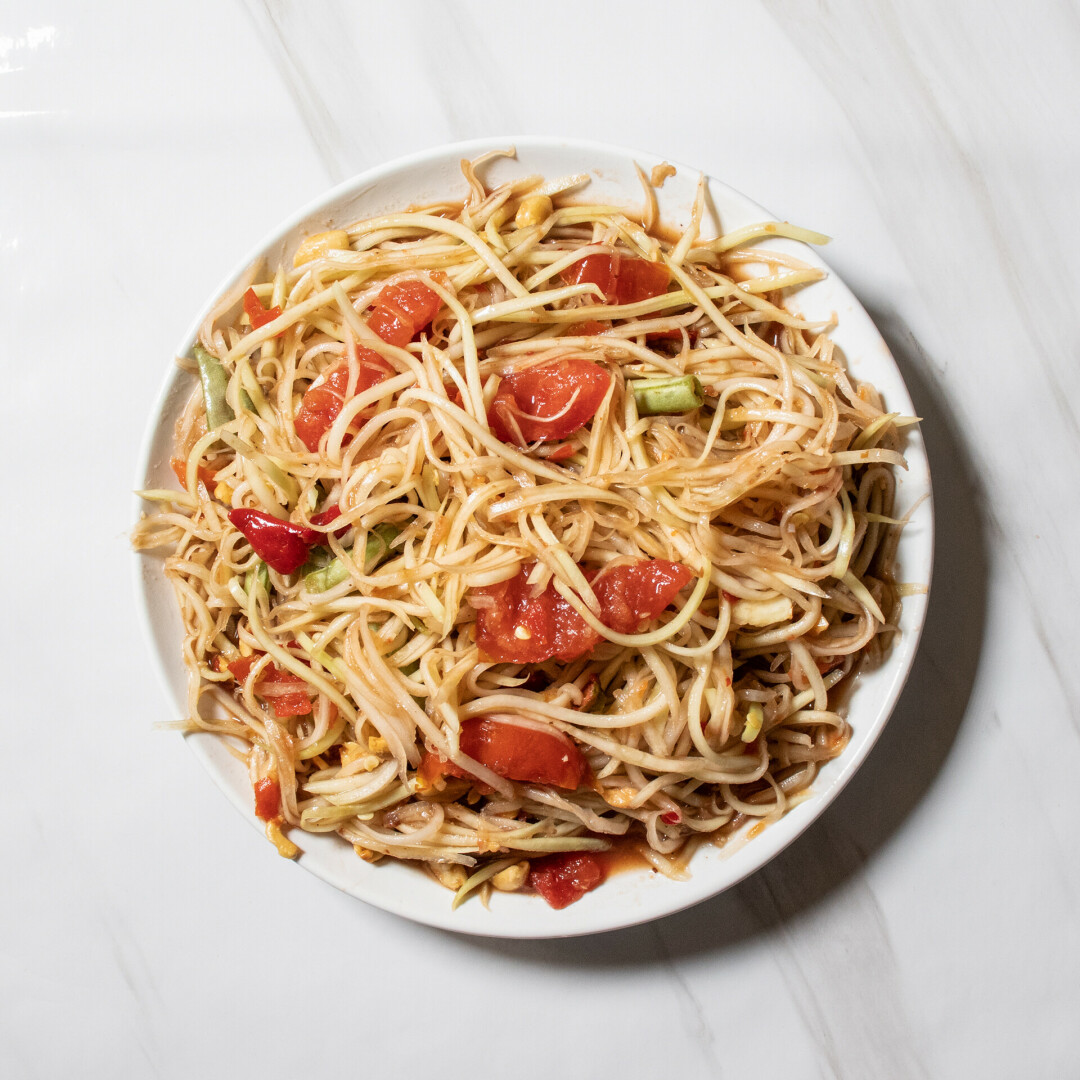 This one’s naughty – and I love it. If I could put a ring on it, I would. Ironically, it’s probably not the best dish to order on a date, though (unless your date is into runny noses and incoherent conversation, then more power to ’em). The well-balanced grub allows for the rich flavors to shine through, even with the intensity of the zing from the spicy red sauce. Shrimp, potatoes, and onions are simmered in the sauce, served with lettuce and Mexican rice. Even the spiciest of spicy food aficionados will find this meal with a sharp kick, a respectable dish all around. 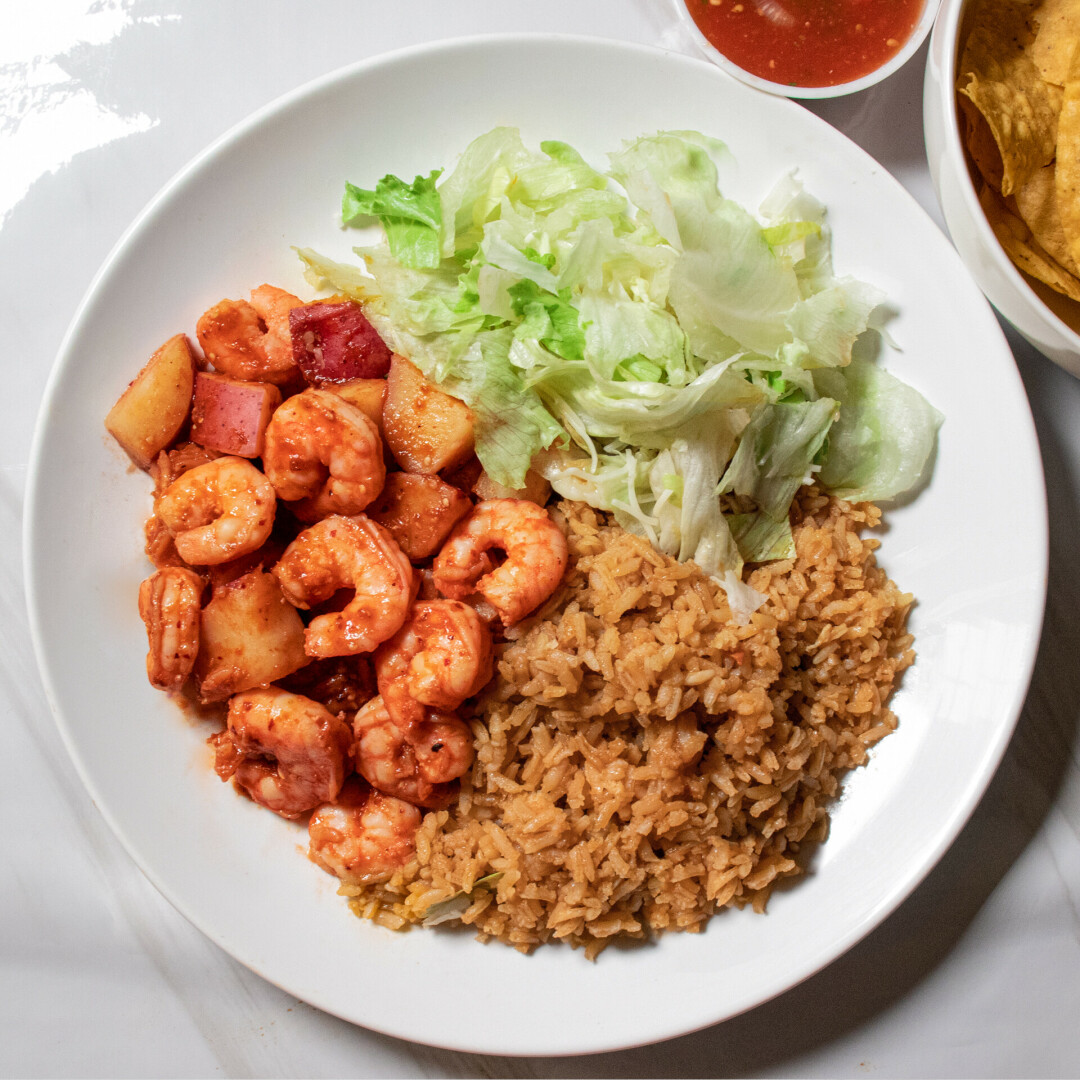