the wave of downtown construction continues 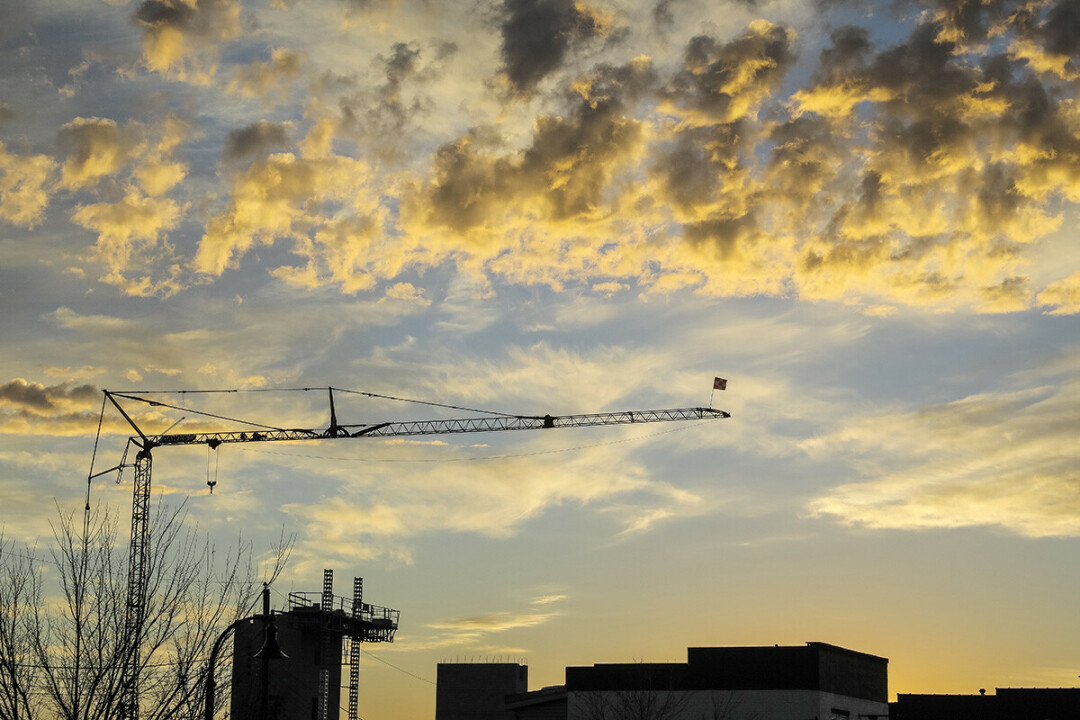 Construction cranes like this one, photographed in late 2021, have dominated the downtown Eau Claire skyline over the past year.

By now we’ve all grown accustomed to cranes dotting the downtown horizon and lanes of traffic blocked as new structures rise around us in Eau Claire. Well it now appears this wave of downtown construction won’t stop anytime soon.

While the L.E. Phillips Memorial Public Library and Andante wrap up construction this month along nearly opposing banks of the Eau Claire River – the Children’s Museum of Eau Claire, Transit Center and other projects are close behind. But even as these conclude, three more large projects will soon start on North Barstow Street (including the Menomonie Market Food Co-op and more mixed-use housing), along with several in the new Cannery District on downtown’s morthwest side, and a huge new park there. So expect to see similar sights for at least the next couple of years.

All this makes for an interesting time for those of us who’ve encouraged downtown’s revival over the last many years. While there’s always still plenty of work to be done in many regards culturally and economically, the tipping point has most certainly been reached as long open parcels of redevelopment land get built on once and for all, and thousands of people regularly turn out for events and happenings throughout downtown. But clearly, just constructing the buildings isn’t enough. While apartments fill quickly, many of these recent structures still need first floor commercial tenants to fully animate the streetscapes and bring the level of vitality we’ve all worked toward. So in my mind it’s still a bit too early to fully celebrate the success of such developments.

But regardless, we’re on the right path. And there’s something to that sensation of momentum in a community. It may have been there for years in the hearts and minds of artists, entrepreneurs, and community optimists, but with this most recent wave of construction, it’s now been clearly laid out and plain to see for even the most skeptical among us. The investment is there, people and businesses are buying in, and the only direction to go is up.

Now what’s needed is community support for these projects and so many others, and that’s where you come in. Bring them your business, your attendence, your encouragement, and spread the word to everyone you know with suggestion of doing the same. If we all do that, this tipping point will mean something, and we’ll all do just fine.