Fast Fuel, Where Juice is the New Fast Food 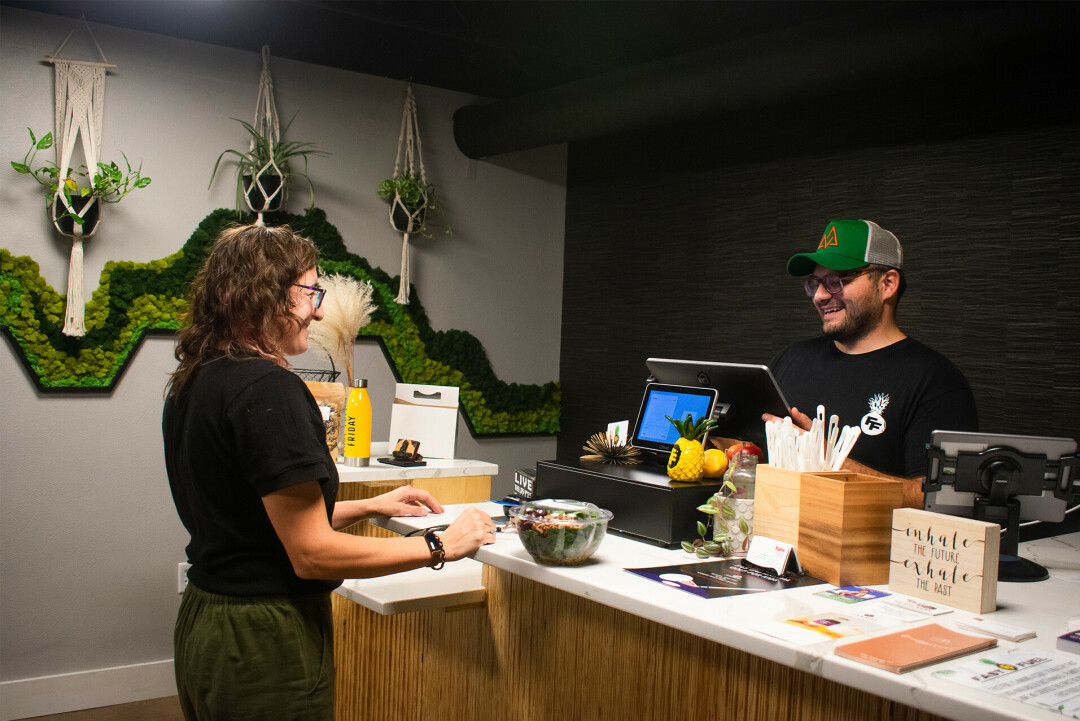 GET JUICY WITH IT. Dakota Yarrington (right), the mind behind the Fuel, checking out a regular at Fast Fuel. The on-the-go juice and whole food bar have been so busy, that it has yet to have a grand opening despite its recent one-year anniversary in June.

Sometimes, if you want something done, you have to do it yourself – just ask Dakota Yarrington, the brain behind Fast Fuel. Located inside Eau Claire’s Banbury Place, Fast Fuel is a whole food grab-and-go stop, or as its punchline says, “the new fast food.”

Fast Fuel has established itself purely off word-of-mouth in the area, which speaks volumes about its products and atmosphere. Known for its fresh-pressed juices – the pressing kitchen is right across the hall from the retail space in Banbury – Fast Fuel also sells energy bites, salads, and popular build-your-own avocado toast. 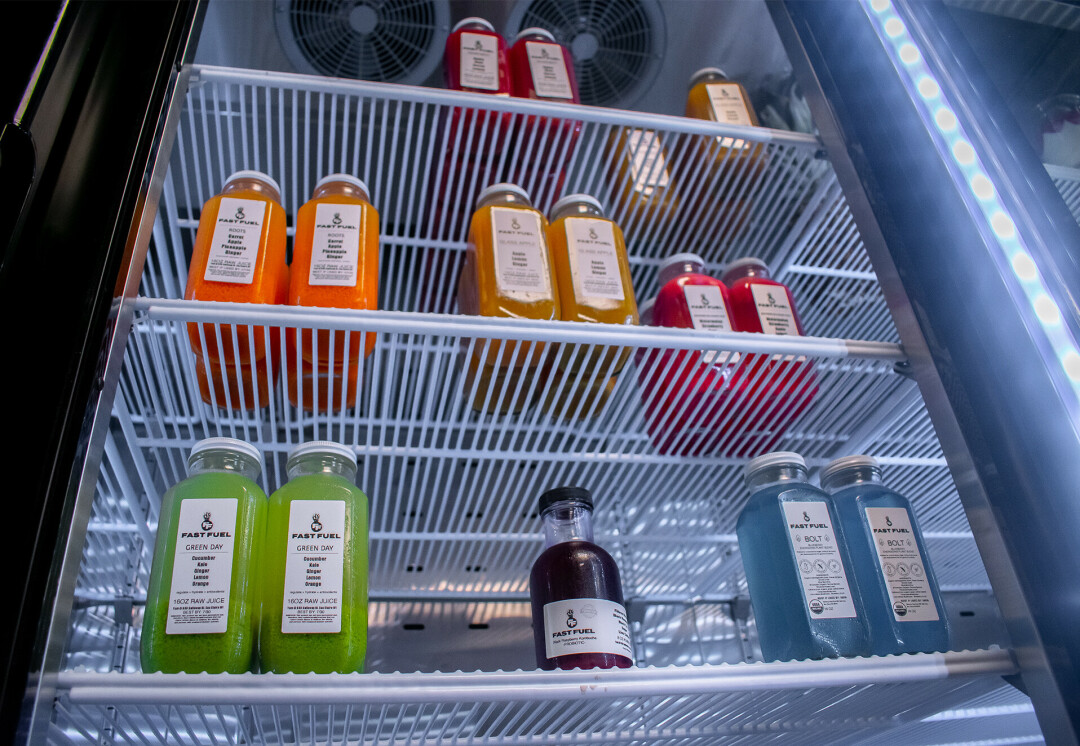 The small business’s first year has been wildly successful, so much so that Fast Fuel has yet to have an official grand opening or one-year anniversary celebration, although they turned one this June. To some, this may come as a surprise, as Yarrington’s idea for Fast Fuel was shot down several times before he decided to run with it.

“In Eau Claire, I was told ‘no’ about four years ago. (I was told), ‘Eau Claire is for burgers and beer, you can’t open a juice bar around here.’ So, a lot of naysayers,” Yarrington said. “Then once I opened up, everybody was like, ‘Oh, this is awesome, it’s different.’ So, it may be a different clientele and totally different vibe, but people wanted it.”

With a couple of business partners interested in Fast Fuel, once the pandemic hit, Yarrington took the leap alongside two partners. “It was like, OK, now’s the time. More than ever, people need quick, healthy food.”

Though the Valley is definitely known for its mouthwatering burger and brew joints, an appreciation for homegrown and organic food is also a facet of the community. Fast Fuel aims to cater to that crowd and share its on-the-go whole food options with all, locally sourcing its produce from farmers and the Fast Fuel farm that one of its partners runs.

What started out as a two-person day-to-day operation, furiously juicing in the early morning hours in a shared kitchen to pump out product, has organically grown into a small, dedicated staff, with plans to expand in both physical space and in product offerings. 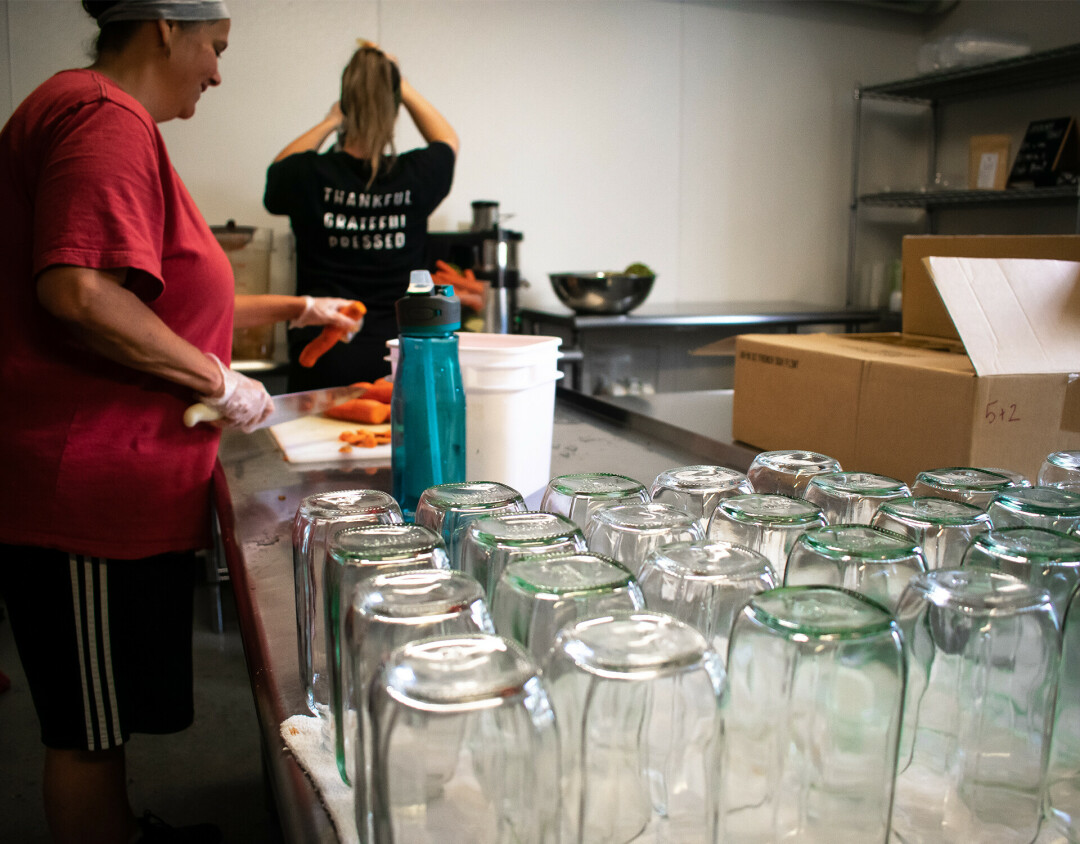 Yarrington, a Mondovi native, is no newbie to the small biz world, and alongside his business partners has been able to grow Fast Fuel quickly, even catering events such as Yarrington’s favorite, the “Yin and Juice” event in collaboration with newly-opened yoga studio Habitual Yoga Space. With a nutrition and coaching background too, Yarrington’s passion for healthy living began long before Fast Fuel came to fruition.

“I was conscious about health and nutrition before and there’s not a lot of options in a fast way in Eau Claire. People are busy, they want convenience, and you don’t want to be in the kitchen all day long,” Yarrington explained. “I thought, ‘Let’s make it convenient and let’s provide a whole food service.’ ”

Fast Fuel is open 8am-3pm Monday-Friday. Everything featured in the cooler is fresh, and it’s made so there is next to no product waste. The products’ packaging is recyclable, including glass juice bottles and containers made from plant-made plastic. 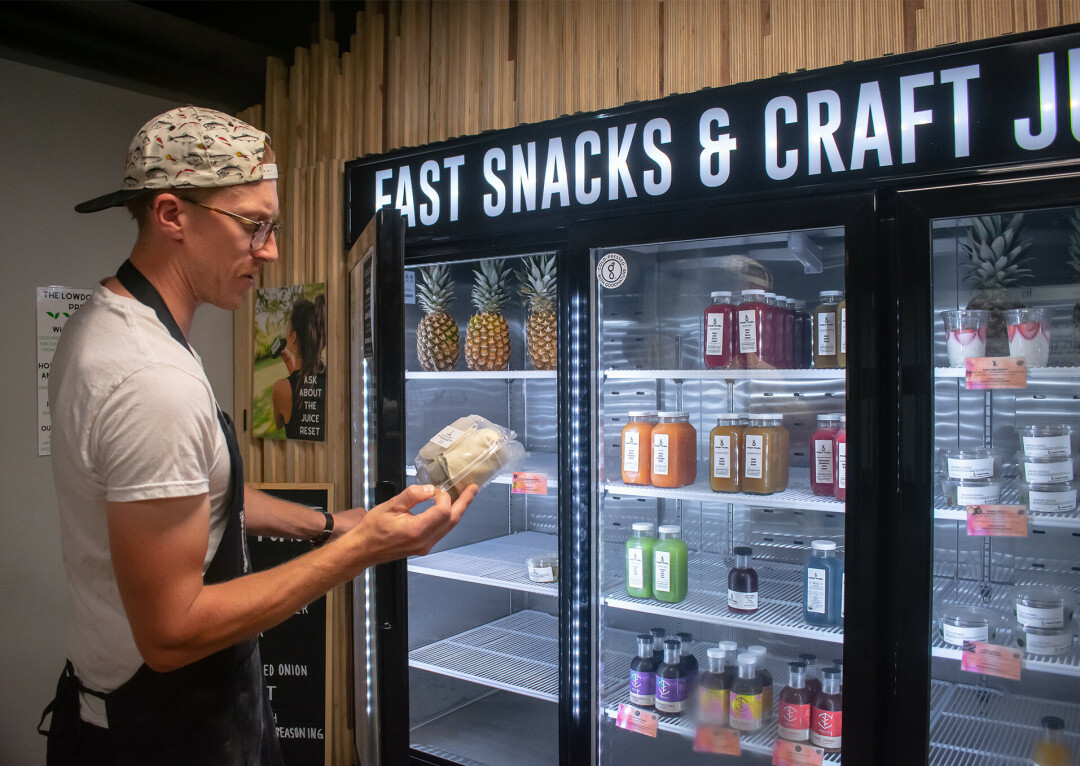 “Everything I have in the cooler is something I made at home,” Yarrington said. “Honestly, I wanted somebody else to open this type of business but nobody would, so, it’s all food I enjoy and people I know enjoy.”

With a true passion for the organic, it is fitting Fast Fuel's employees came around organically, too. Yarrington detailed how the biz grew from just himself, his sister, and two business partners creating products to hiring folks who were originally customers.

Fast Fuel is no gimmick, either. With the option to buy single items or their popular multi-day juice cleanses, everything is catered for on-the-go food fuel. Yarrington explained the juice cleanses are popular among folks who are either recovering from fun but not-so-healthy weekend or just want a refresh of their digestive systems.

“Our digestive system is our second brain,” Yarrington explained. “The American beige diet of bread, rice, potatoes, cereal; if our bodies are always trying to break that down, we never have a chance for our body to rest. Doing a cleanse or eating whole is awesome for that reason, and energy and bloating.”

Though Fast Fuel hopes to open a build-your-own line-style store in the future with more food products, it is currently housed right within one of Banbury’s green awnings on the first floor at 930 Galloway St., Suite 14. Oh, and be on the lookout for more Fast Fuel products in stores, as the locally owned business hopes to have its products in stores across the Midwest in the future. 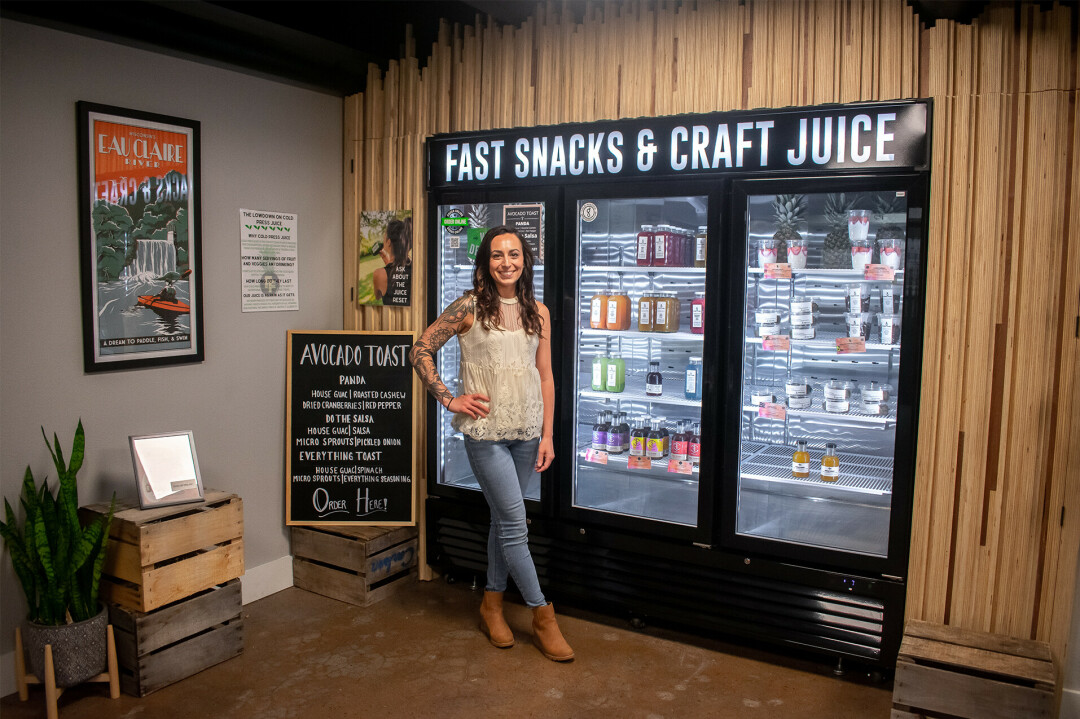 Erica Wilfer, founder of local Terravee Naturals, sells some of her natural products at Fast Fuel, such as syrups, fermented honey, and more.